I bet you're wondering where Tim has been since Monday? Well, I'll tell you: Sunday night I was so worn down (read: horrifically hungover) from MoCCA (read: I sell 4 food) that I called ol' Tim and begged -- begged! -- him to handle Monday, and promised in return I'd take the rest of the week. He obliged, like the gentleman he is. And so, here we are friends, it's Friday and I've made it!

Here are some things of interest: 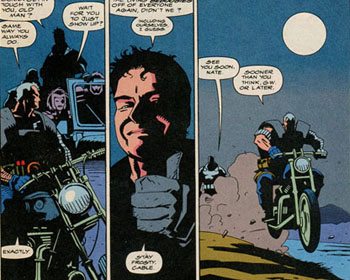 Why do I so enjoy this blog entry by Rob Liefeld about doing layouts for Mike Mignola? Dunno. Maybe because I used to love both artists, and it somehow reminds me that they were both, as Frank might say, on the same team once. Also, I can totally see a Sammy Harkham's drawing in that last panel on the right. That bike just scooting over the ground -- that's a classic cartooning lick -- I still enjoy Mignola, but I think I liked him most in this slightly more linear, less formal period.

* Our feature image comes courtesy of Hooray for Wally Wood. Never seen this painting before, and love how clearly it's swiped from a film still, but somehow tilted just wrong... like a statue on the verge of tilting...

* I always enjoy reading what Austin English has to say, and here he is at The Panelists.

* Rob Clough rounds up some recent web comics over at his own blog, High-Low.

* Panels for Primates seems like a web-based comics project worth checking in on. It's hosted by Act-i-Vate and has thus far included Rick Geary, Rich Tommaso and Colleen Coover, among others. It's free for viewing, but meant to encourage readers to donate to Primate Rescue Center.

* Finally, head on over to 50 Watts and dig into a lengthy sequence of images by the Danish artist Palle Neilsen from his 1959 book Orfeus og Eurydike. Neilsen was profiled in TCJ 244 by our own Matthias Wivel, so look for that if you get intrigued. Apparently his 1980s North American publication, Scenario, is available via used bookstores. 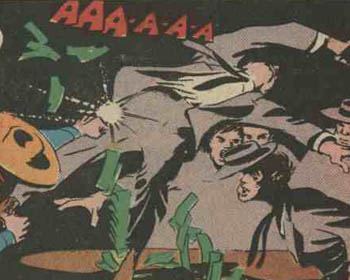 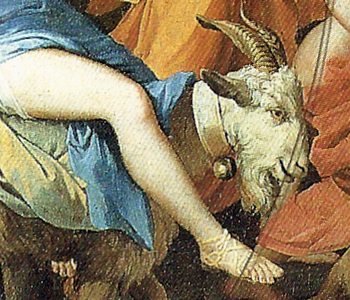