Today Jeet Heer pay us a visit to look at some issues surrounding Jill Lepore's much-discussed book about Wonder Woman. Here's a bit:

The major problem with the book is it’s unwillingness to engage the rich existing literature on Wonder Woman (in particular) and comic book history (in general). Lepore has written a narrative history, which means her extensive footnotes are largely devoted to giving the sources for her facts. She doesn’t feel the need to argue with earlier scholarly excavations and interpretations. This has the distorting effect of making it seem like she’s the first person to tell this story. Many innocent readers will think that everything in the book is Lepore’s discovery. Yet the broad outlines of Marston’s life – his work inventing the prototype of the lie detector, his polyamorous relationship with Elizabeth Holloway and Olive Byrne, his ties through his lovers to the feminist and birth control movement – have been known for at least two decades or more. In a very real sense, Lepore is working on the foundations built by scholars like Geoffrey Crinson Bunn, Lillian Robinson, and Francine Valcour. (Bunn and Valcour wrote important doctoral theses which are as yet unpublished. The late Lillian Robinson was the author of the 2004 book Wonder Women: Feminisms and Superheroes) All of these scholars go unmentioned, which is a troubling omission. Particularly objectionable is the erasure of Bunn (whose scholarship was pioneering) and Robinson (whose theoretical approach would have enriched Lepore’s book). Other, more recent books that take up Wonder Woman – notably Ben Saunders Do the Gods Wear Capes? (2011) – are also ignored. Ignoring these scholars is especially troublesome because of the power dynamics at work. Lepore has a lot of institutional strength: she teaches at Harvard, her book is published by Knopf, and was excerpted by The New Yorker. By contrast, Lillian Robinson was for much of her career a nomadic scholar, moving from one adjunct job to the next. Despite her precarious status in academia, Robinson wrote many important books. It seems churlish of Lepore to write Robinson out of history.

Jeet's is the third and, I think, final piece we'll run on the book. Here's Ron Rege, Jr.'s interview with Lepore and Sarah Boxer's review.

And we are pleased to have Simon Hanselmann is joining us for the week with a Cartoonist's Diary. Here's day 1.

I always enjoy "behind the cover" features about the New Yorker, and this one's no different.

TCJ-contributor Sean Rogers recommends three recent graphic novels. Roberta Smith recommends my very own What Nerve! in the NY Times. The same "gift suggestions" section of the Times includes the usual deplorable suggestions from Captain Fanboy George Gene Gustines (I refuse to link to it), who manages to make one of the best eras in comics mostly about complete junk. It's as if the Times film coverage was devoted exclusively to Michael Bay pictures. Weird, depressing and embarrassing. Grow up, George! And Dana Jennings is ecstatic over the new giant Marvel book from Taschen. I have spent some time with the book, and it does feature a ton of great art -- no real discoveries or anything you haven't seen, but it's nicely reproduced, and certainly treats the art better than Marvel itself ever has. But ultimately it's a very expensive corporate brand book. It faithfully sticks to the script regarding the company's "fun" and "greatness", which I'm sure was the mandate. Of course the company's deplorable treatment of its artists is nowhere to be found, and no real history is done here. That's not what this book is about. The artists are mentioned and given short profiles, but they are always secondary to the product. Why would Marvel do anything else? So, you get what you pay for here -- it makes perfect publishing sense (i.e. a gift book about a "beloved" company) but little moral or aesthetic sense. There are plenty of other books out there that cover the artists, but it is sad that writers and researchers like Roy Thomas and Michael Vassallo, among others, would participate in this kind of whitewash, or the idea that Marvel is "beloved" or a "myth maker" or in the business of anything other than making money. 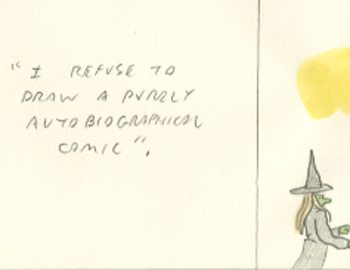 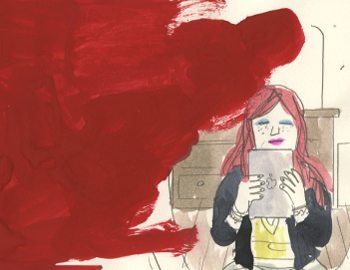