I asked a few fellow travelers to send in short comments on "The Love Bunglers" by Jaime Hernandez (Love and Rockets: New Stories no. 4). Frank and Adrian were kind enough to send in theirs.

Jaime Hernandez is my favorite cartoonist. I think he is the greatest cartoonist of all time. My opinion.

Bill Boichel has this riff that goes like this: Jaime is the last cartoonist. He was immersed in the language of comics as a child – thanks to his family’s encouragement. Children learn languages differently. Jaime was fluent in the language by the time he was teenager – had his own voice. When he ascended into the professional ranks of cartoonists it was at a time when the comic book direct market was forming. So at the intersection of the  “comics as junk” old world and the “comics as art” new world – we find the Hernandez Brothers. Jaime’s style and writing is not a self-conscious throwback amalgamation but an approach that was learned within the old tradition. The new tradition, post '80s Renaissance, is steeped in self-conscious throwback borrowings and fusions. Jaime is the last cartoonist. So take a drink of that, student of the form. We live in a post '80s Renaissance era of comics – and I don’t think, personally, it’s possible to be as pure of a cartoonist as Jaime. A natural if there ever was one.

Back to language. Jaime speaks my language. The fact that he has always made comics for the present is important to me. He speaks to me now. He is not some dead historical figure to be studied from afar. He spoke directly to me in 1986 when I first discovered him and directly to me the other day when I read the new issue of Love and Rockets. I find this incredibly moving on a personal level because the stories and the people in the stories are an integral part of my own life.

There are other art forms that can sustain 25 years of continuity – like TV soap operas that began in the ‘50s and are still on the air – but we all know that’s like comparing apples and oranges. What comics is capable of in terms of continuity is a remarkable aspect of the form. Think Gasoline Alley. But Jaime uses time, real time, in ways no one has attempted in comics.

Something extraordinary happened when I read his stories in the new issue of Love and Rockets: New Stories no. 4. What happened was that I recalled the memory of reading “Death of Speedy” - when it was first published in 1988 – when I read the new issue now in 2011. Jaime directly references the story (with only two panels) in a beautiful two page spread in the new issue. So what happened was twenty three years of my own life folded together into one moment. Twenty three years in the life of Maggie and Ray folded together. The memory loop short circuited me. I put the book down and wept.

No art moves me the way the work of Jaime Hernandez moves me. I am in awe of his eternal mystery.

I picked up a copy of the new issue at a signing Jaime was doing here in Brooklyn a few weeks ago. It was a packed house, and there were a lot of people I was happy to talk to. Amidst all the socializing, I allowed myself a quick glimpse inside the comic, and when I randomly flipped to pages 92 and 93, I felt like I’d been blind-sided. I had to look closer to make sure I was seeing what I thought I was seeing. Was I actually recognizing the guy sitting next to Maggie in the coffee shop? Was I really remembering an entire scene of dialogue just because of the way Ray was leaning against those boxes?

I basically had to leave the party because I was so overwhelmed with thoughts of the fictional world Jaime had created, as well as my real-life experiences related to reading those stories. I did some quick math in my head and realized that I’d been following Jaime’s work for twenty-five years. Or to put it another way, there’s only twelve years of my whole life that didn’t include Maggie, Hopey, Ray, etc. Next thing I knew, I was wandering around Brooklyn alone, thinking about how real those characters seemed to me, and how much my life had changed since I first saw Maggie sitting in that hospital waiting room, holding her sunglasses.

It goes without saying that “The Love Bunglers” completely knocked me out once I actually sat down and read it. Concise, moving, and incredibly bold, it’s like a cartooning master class in the span of fifty pages, and a tremendous reward to the long-term reader. But I’m focusing here on that little incident at the book signing because it reminded me how deeply ingrained Jaime’s work is in my mind, how much it’s affected and inspired me, and for how long. 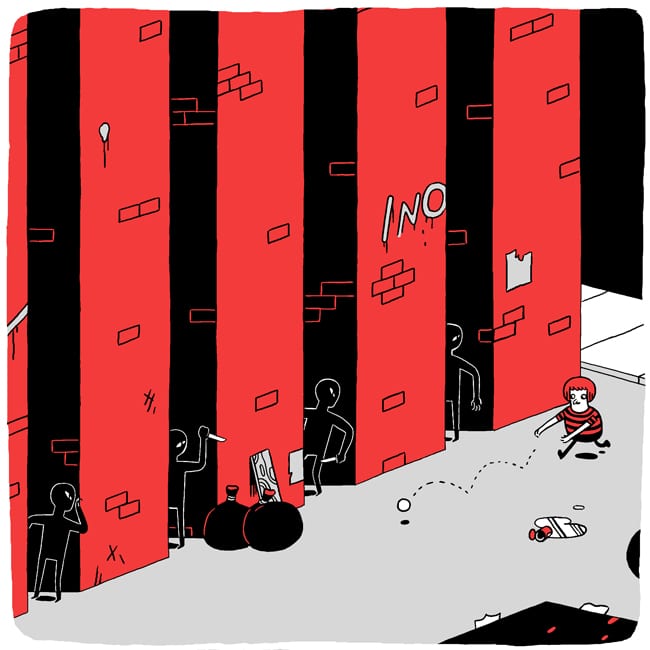 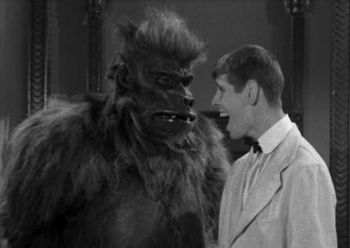