He may be best known in the U.S. for the many (stunningly drawn) X-rated comics he created for international consumption late in his 50-year career, most particularly the long-running Young Witches, but Argentina’s Francisco Solano López was a titan of South American comics, on a level with the great Alberto Breccia, the temporary honorary Argentinean (during the 1950s) Hugo Pratt, and the hugely influential writer Hector Oesterheld (who collaborated with all three).

Solano López was a workhorse comfortable in any genre, whose muscular, realistic artwork was instantly recognizable by the detailed textures created by clusters of short pen lines that gave it a noticeable resemblance to John Severin’s; his signature work in his native country was the ongoing science fiction series El Eternauta (created by his friend and collaborator Oesterheld), to which he returned periodically throughout his career.

Like most Argentineans, Solano López was affected by that country’s political turmoil (Oesterheld became one of the political “desaparecidos” in 1977) and he was forced into exile several times when the authorities started casting a suspicious eye on his work, which often featured themes of corruption and repression — themes that flowered most distinctly in the comics he created during these exiles to Spain and elsewhere, including the brutal, dark detective series Evaristo (written by Sinner writer Carlos Sampayo and published as Deep City in the U.S. in 1986) and especially two deeply despairing works written by his son Gabriel, Historias Tristes and the standalone graphic novel Ana, which ends with the naked corpse of his heroine on a garbage dump, half eaten by vultures.

Solano López must also be credited with employing, training and encouraging a young cartoonist who would go on to become one of the most honored artists in the comics world: José Muñoz.

In his last two decades, Solano López (who had returned to his now less perilous homeland) became more of an international gun-for-hire, gamely entering the X-rated comics field with his series El Instituto (Young Witches in the U.S., as published by EROS Comix), a cheerfully perverse saga of supernaturally-powered sisters that morphed into a League of Extraordinary Gentlemen-style extravaganza featuring historical characters behaving very libidinously, as well as the lush, full-color Sexy Symphonies. He also drew an adaptation of the classic horror movie Freaks, as adapted by Jim Woodring (for the Fantagraphics imprint Monster Comics), and returned, beginning in 2001, one last time to his beloved Eternauta, now written by his regular collaborator Pablo Maiztegui (POL).

Speaking as someone who worked with Solano during much of these last two decades (and who met him when he visited the United States), I can say that he was the absolute exemplar of the courtly South American gentleman, an enthusiastic and ultra-reliable professional, and an artist to the core. I can still remember him sitting quietly in a corner of the Fantagraphics house on one of our ratty office chairs, surreptitiously creating stunning pencil drawings of staffers, which he would then present to the delighted subjects. His life and his work were defined by integrity, skill, and courage. I am delighted to have worked on and published so many of his comics, honored to have known him, and saddened that he is no longer with us. 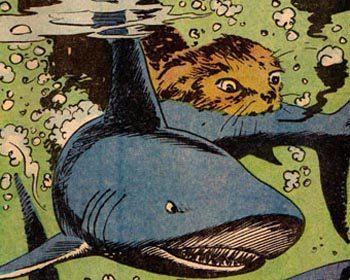 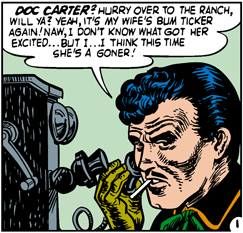 Ten Thousand Doors For Men to Take Their Exit