Fantagraphics is launching a new imprint, Fantagraphics Underground, which will publish books with potentially low commercial appeal in very small print runs. You can read their press release about the announcement here. It's an interesting idea, but one that inspired more than a few questions. Dan posed them to Gary Groth last night, and you can read that interview today. Here's a small taste:

DN: Who is the editorial director of this imprint?

Gary Groth: I am.

Why [lead off with] Fukitor? That seems like a particularly controversial choice.

Both books could be considered controversial choices. One is certainly a prime example of transgressive art and the other is a relentless attack on modernist art and beloved and successful artists such as Warhol, de Kooning, and Schnabel. I'm glad you asked me this because I've been wrestling with this for awhile. Jim Rugg, an artist I like and respect, was the prime mover behind Fukitor (he edited the collection). I am admittedly more ambivalent about it than Jim, who is a passionate advocate, but I ultimately concluded that its mockery and ridicule of the more idiotic aspects of pop culture makes it worthwhile (and funny). I know, of course, that that is not everyone's interpretation, and I don't discount the possibility that it is both a symptom of as well as a response to a rancid pop culture, which makes it a more difficult work to navigate.

I think it's a publisher's obligation to take risks; I could probably publish safe, respectable "literary" comics or solid, "good," uncontroversial comics for the rest of my life. I think it's important, personally and professionally, to occasionally get outside your comfort zone.

We also have Dominic Umile's review of Michael Cho's new Shoplifter, the latest comics publication from major publisher Pantheon, and I believe their first comics debut. (Certainly one of their first.) Here's some of that review:

The budding kleptomania in Shoplifter isn't as extreme a case as the one that Canadian comics creator Pascal Girard recounts in 2014's funny and also love-and-misdemeanor-driven Petty Theft, but like Girard's Sarah, who calls book-stealing "a bit of a rush," Corrina Park finds comfort in the inherent sense of danger. Exiting the store with stolen goods is a break from the hours she spends fantasizing about leading an isolated novelist's life or mulling her own overt difficulty with interaction: "I'm so bad at groups," she confesses. "Sometimes when everyone is talking, I start to get self-conscious." Peeking out from under a head of black bobbed hair that never quite crests the shoulders of her peers, Park is cast as diminutive, disconnected, and alone, even in an enormous city that's overrun with people.

—More Mouly. Alex Dueben talks to Françoise Mouly about the expansion of her Toon Books.

—More SPX. Chris Mautner has some advice for attendees.

—Reviews & Commentary. Pascal Wyse at The Guardian looks at the way cities have been portrayed in comics, from Batman to the work of Sophie Yanow.

—Spending Opportunities. Top Shelf is having their annual massive $3 sale.

Gabrielle Bell is selling original art from her July Diary series on her site.

—Misc. Zainab Akhtar got Michael DeForge to give a photographic tour of his comics collection. I like his organizational style. 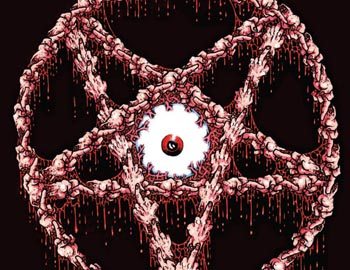 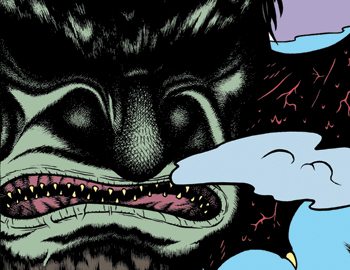