SODERBERG: Basically, covering Rom allows you to do autobiographical comics that don't suck? Issue one has a frame of Seth reading Rom, and issue two has a back-up story that focuses on Seth at school.

BAYER: Yeah, doing the Rom cover comics is just some weird device that measures how uncomfortable I am with telling a real autobiographical story. Each time I do a Rom story, I let whatever fragments I remember from around that time enter the story. But not like an episode of Seinfeld where everything ties together. More like an Italian neorealist movie, where it’s just two pieces standing side by side – the comic and life during that time periods – and readers can make the connections. So, if I did an issue from 1985, I'd probably write about something that happened when I was 15 years old. Originally, when I was working on this issue of Rom, I wanted to write about December 1980 when John Lennon was killed, because that was a really weird period of my childhood. But the longer I worked on issues #31 and #32, the more I felt like I needed the whole thing to come together on every level. Even that conceptual level of having the fact and fiction match up chronologically. And the issues I was covering came out in 1983. I couldn't have "Seth" reading that issue in 1980. Even though most people wouldn't know or care, it would bother me.

We also have Robert Kirby's review of the crowd-funded anthology The Big Feminist BUT!, which features Gabrielle Bell, Vanessa Davis, Barry Deutsch, Justin Hall, Angie Wang, and Lauren Weinstein. Here's a bit of that:

The Big Feminist BUT: Comics About Women, Men, and the Ifs, Ands and Buts of Feminism features comics touching on a wide spectrum of contemporary feminist issues. The title is a clever play on two familiar caveats: “I’m not a feminist, BUT…” and “I’m a feminist, BUT…” Editors Shannon O'Leary and Joan Reilly make it clear that feminism isn't solely concerned with women’s issues, but rather promoting and embracing gender equality for all. The comics here take on gender roles, sexual identities, body image, marriage vs. singlehood, polyamory, motherhood and parenting, domestic responsibilities, and self-defense and safety, among other subjects. Some creators take a subtle, naturalistic approach (Barry Deutch, Vanessa Davis with Trevor Alixopulos, Joan Reilly w/ Suzanne Kleid), while others are direct, even polemical, addressing feminism head on with all its gender and identity complexities (MariNaomi, Angie Wang, and Andrice Arp with Jesse Reklaw).

—Festivals. While I was away, I missed Rob Clough's report from the first Autoptic festival. Lilli Carré writes about her experiences at the Helsinki Comics Festival. Chris Butcher has a lengthy wrap-up of TCAF 2013 and announcements for next year's festival.

—Those of you who can't attend SPX this weekend can console yourself with Top Shelf's annual $3 sale.

—Derf is auctioning off an appearance in a future strip, with proceeds going to Parkinson's research.

—Interviews. Inkstuds welcomes back Josh Simmons. One of the all-time great interviewees Daniel Clowes does it again in a short one with Cotton Candy Magazine. And Frank interviews Wowee Zonk member Chris Kuzma.

—The Beat catches that Bob Layton has also settled with Marvel.

—Illogical Volume at Mindless Ones takes on the Jason Karns comments-thread kerfuffle. 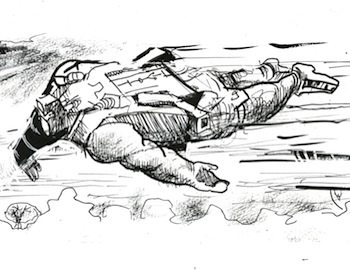 “Originality Is a Red Herring”: An Interview with Josh Bayer 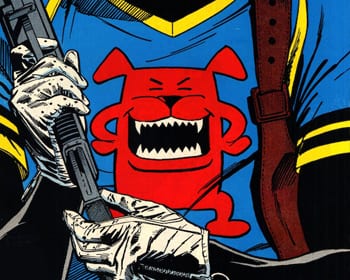 Blood and Thunder: The Complete “I Am Not Terry Beatty’s Girlfriend” Debate