This morning sees the debut of another episode of TCJ Talkies, this time featuring Mike Dawson's interview with the cartoonist and podcaster Alex Robinson. It was recorded at last weekend's SPX.

We also have another review of Alan Moore & Kevin O'Neill's latest League of Extraordinary Gentlemen volume, this time by Sean T. Collins. It was written before Charles Hatfield had turned in his review, and so shouldn't be viewed as a direct response.

As far as other links go, I believe we neglected to mention that the winners of this year's Ignatz Awards have been announced.

Gabrielle Bell gives an interview with Comic Books Resources regarding her recent month of webcomics and her work on Mome, among other things.

Frank Young takes a look at John Stanley's use of violence.

I hadn't realized that novelist Ishmael Reed actually took classes in cartooning to help with his most recent book, much less that he'd since become a regularly published cartoonist himself.

Finally, Tom Spurgeon continues to collect links to online stories and remembrances of Dylan Williams, well worth reading. Stay tuned for our own coverage as the week continues. 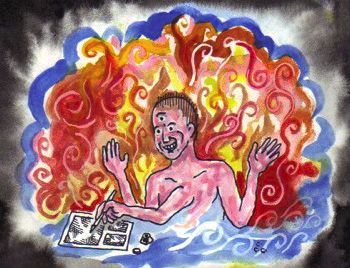