Thanks to our pals at Nobrow, we're pleased to share an excerpt from Alexander Utkin's The Water Spirit, which they're putting out later this month. Here's how they're talking about the book:

Enter a world of magic and adventure in this stunningly illustrated comic based on traditional Russian folklore.

We rejoin our friend the merchant as he returns home from his adventure with the King of Birds. When curiosity gets the best of him and he opens his new mysterious golden chest, the merchant unwittingly condemns his newborn son to a life under the sea. His son grows up to be adventurous and strong, and when he goes to the sea to serve the Water Spirit, he befriends Tyna, the Water Spirit's daughter, w   ho promises to help him. Will Tyna save the merchant's son from her vengeful father? 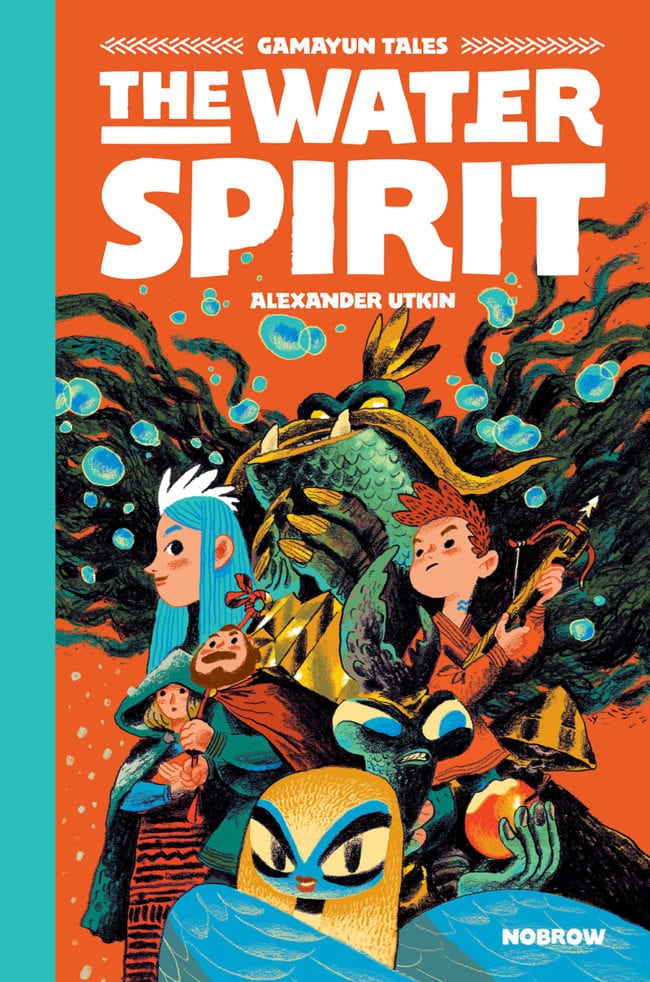 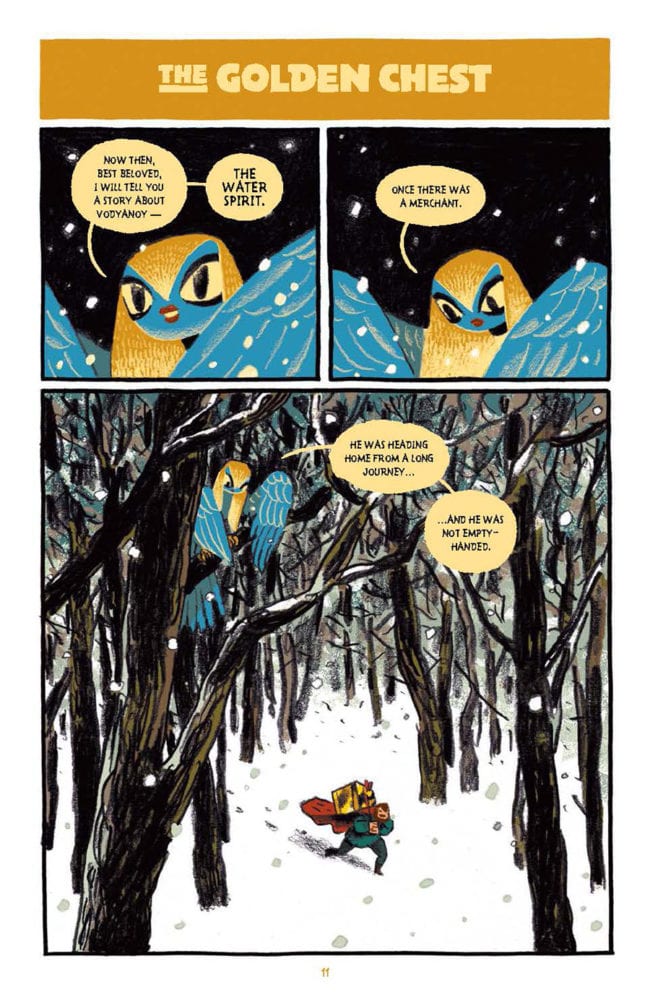 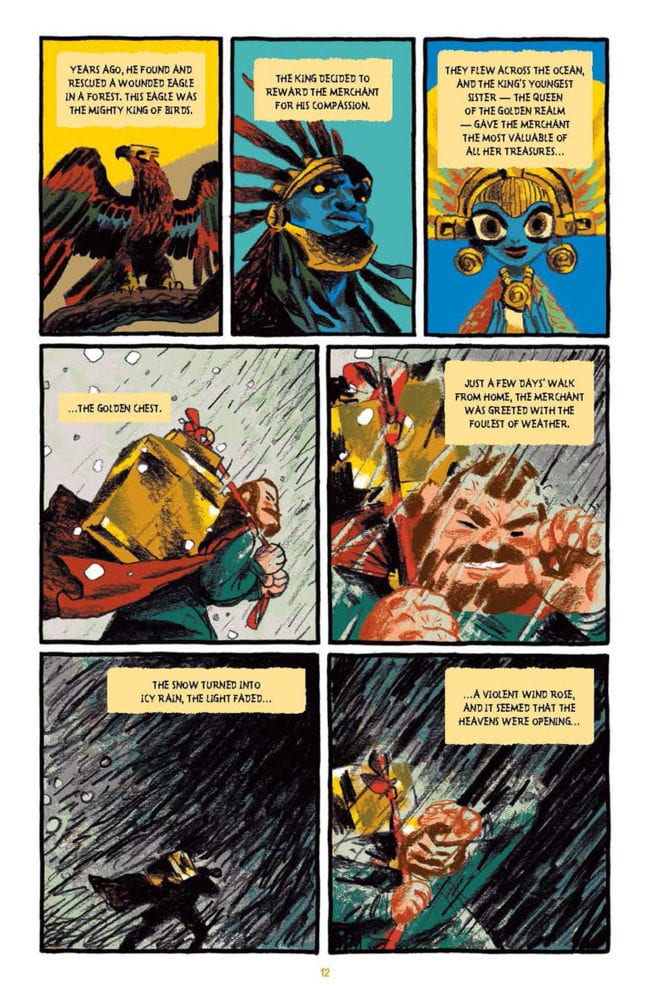 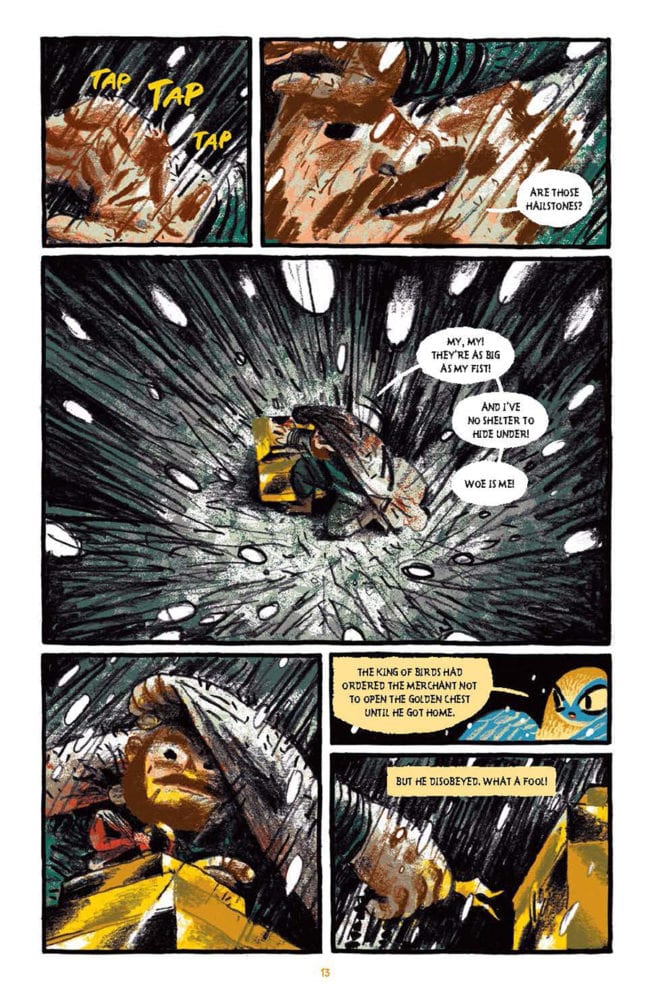 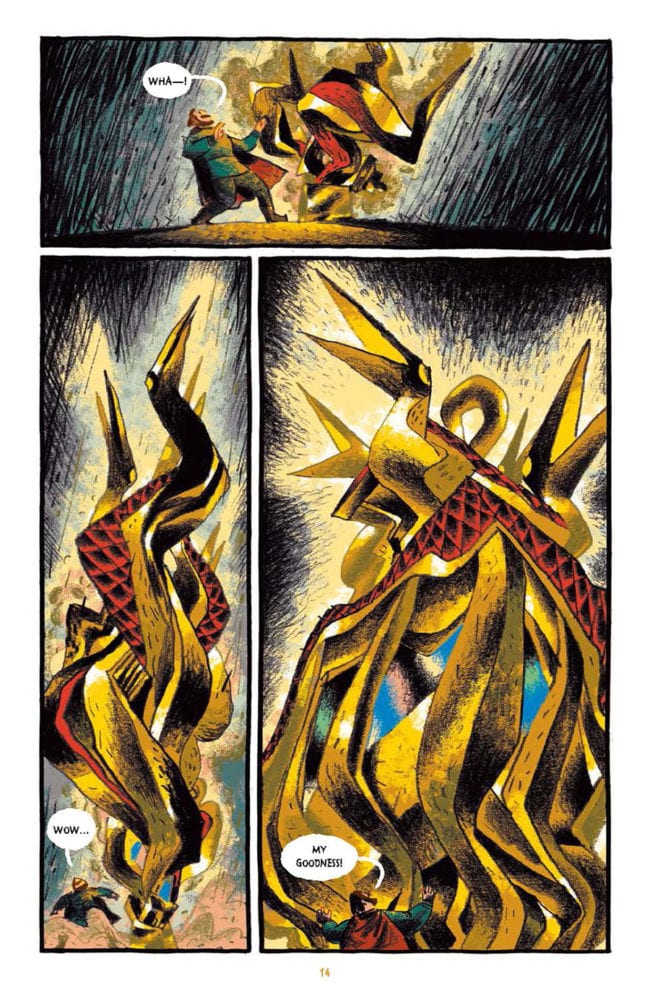 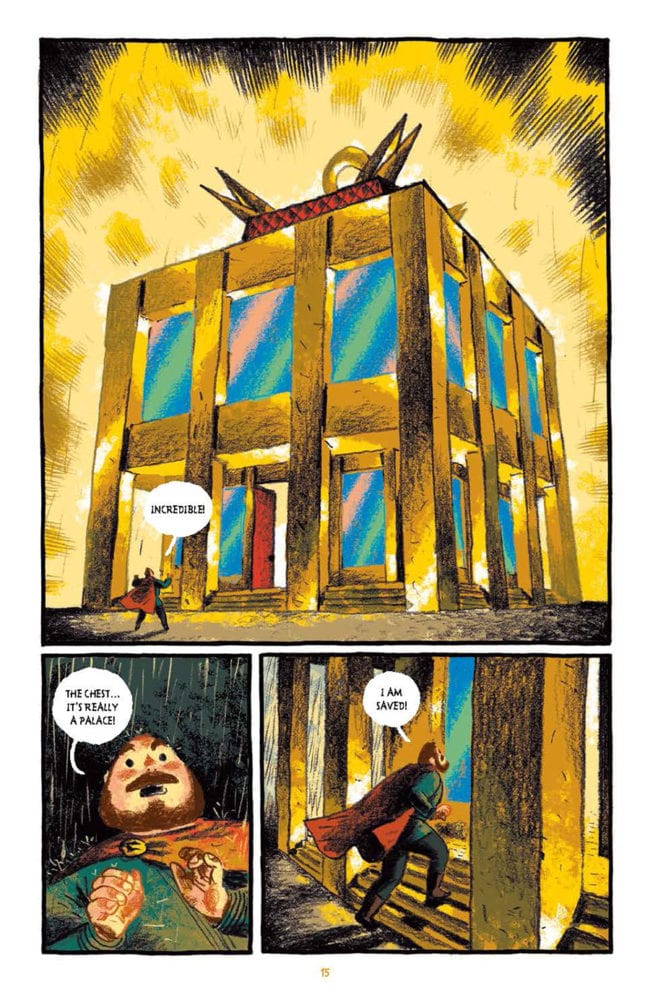 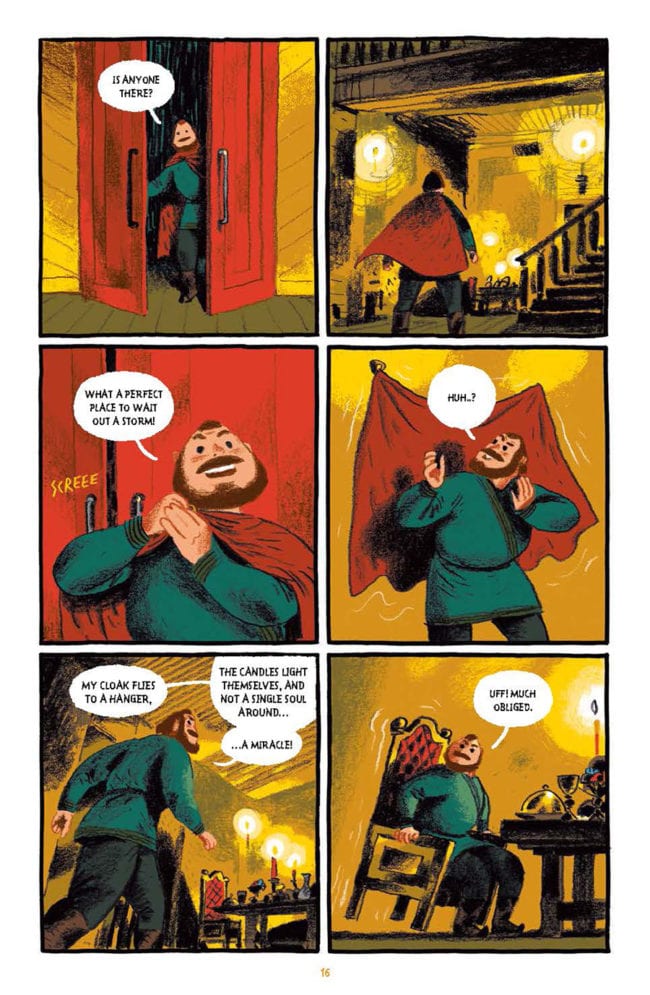 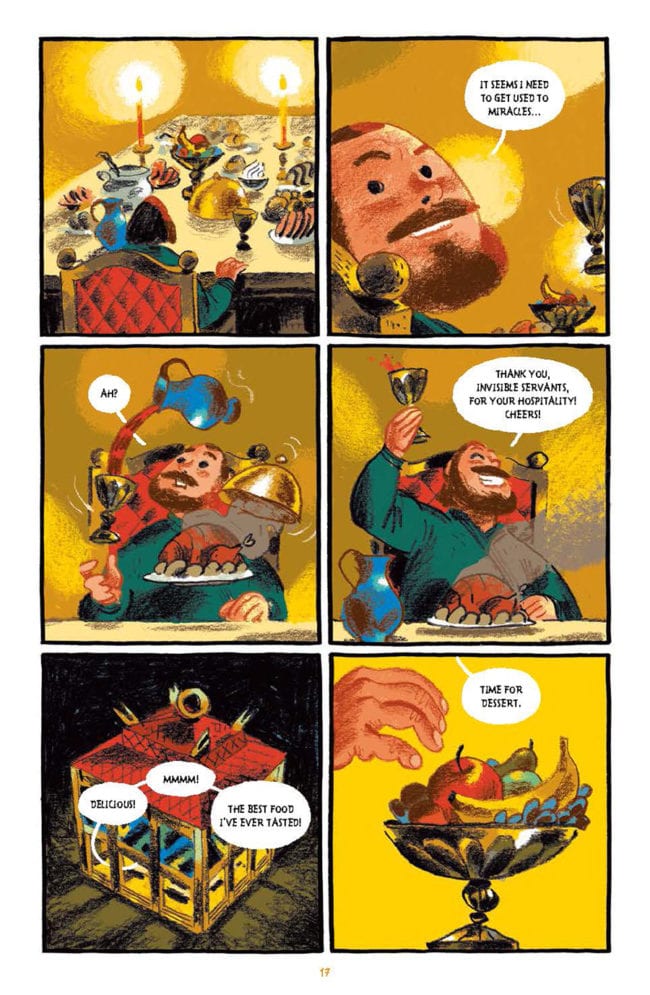 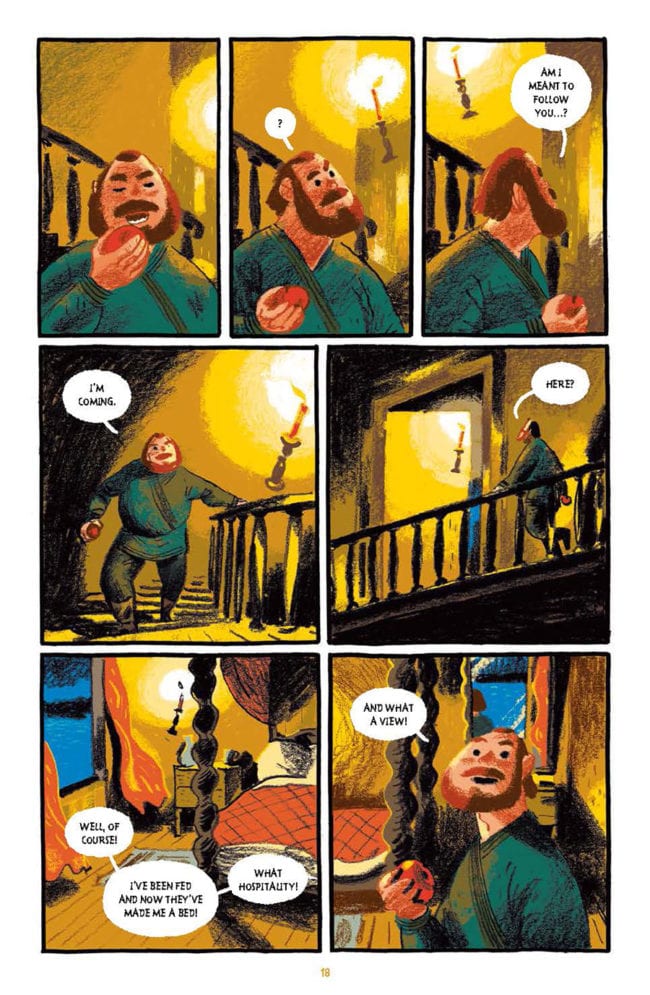 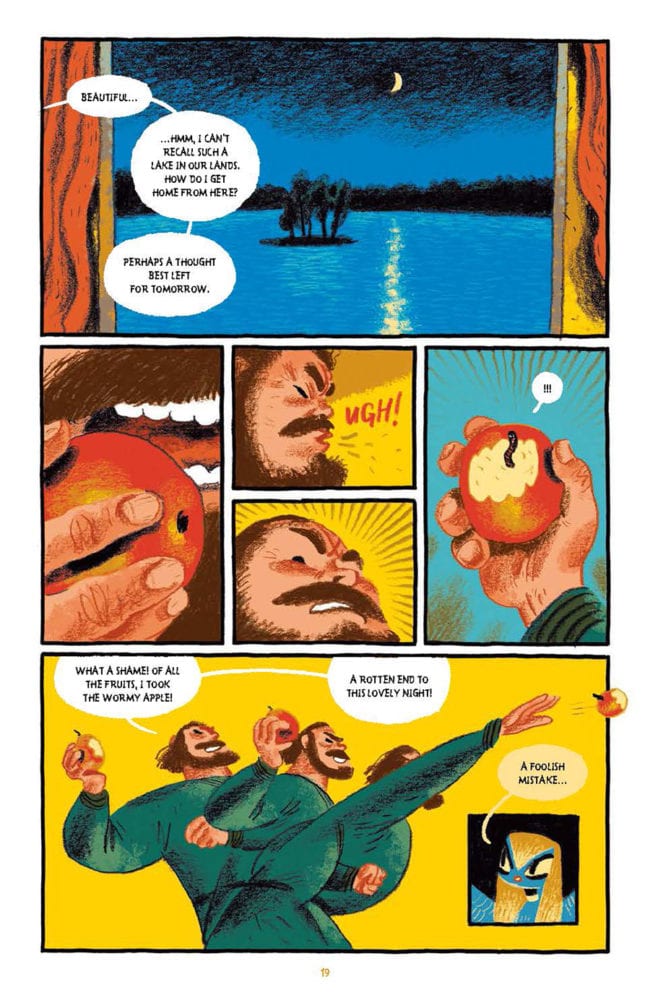 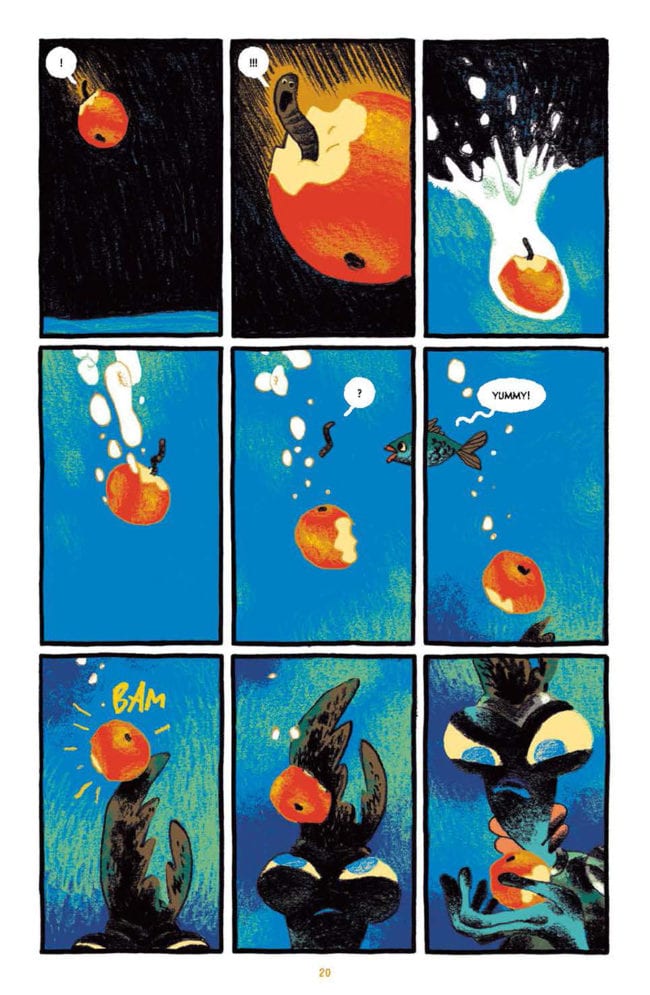 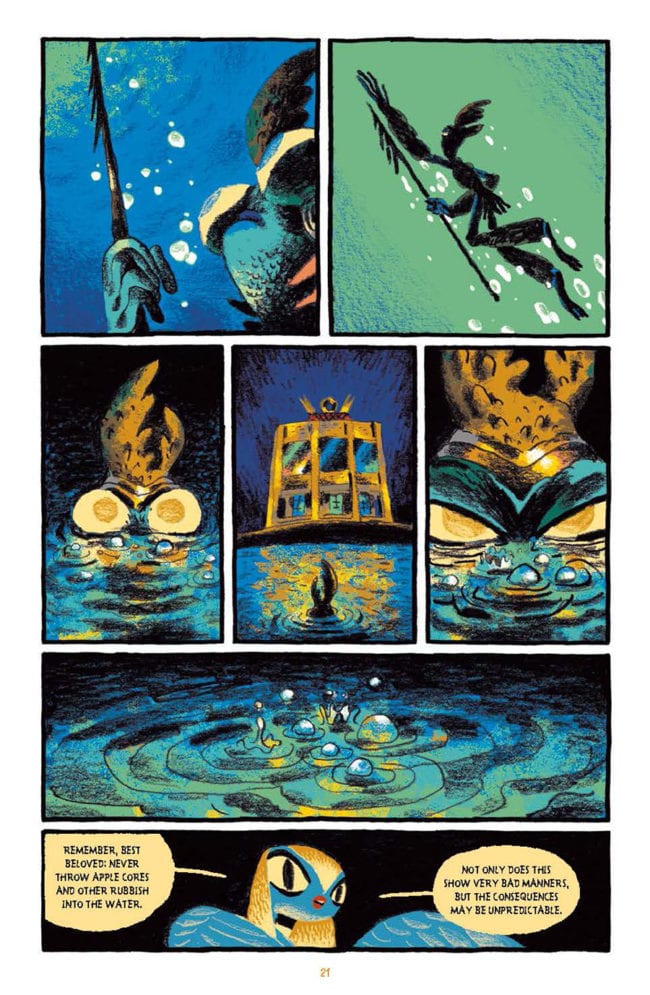 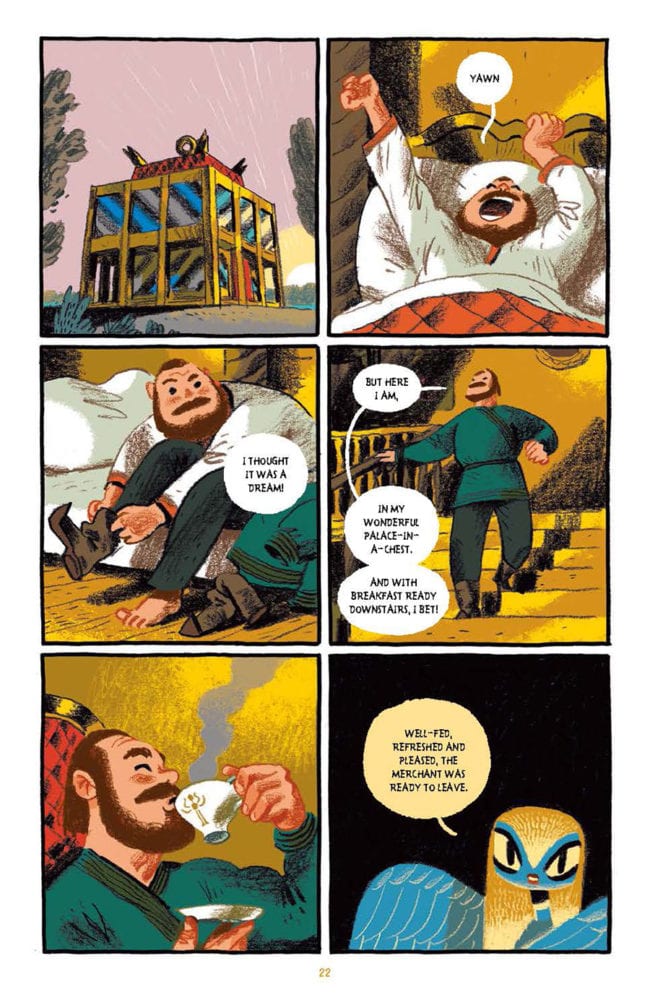 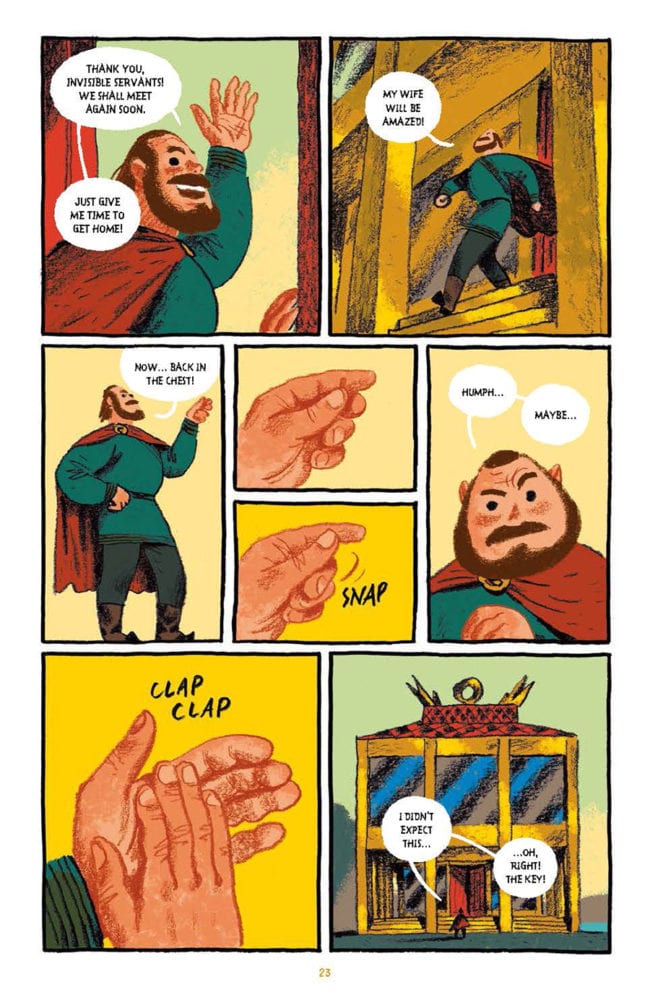 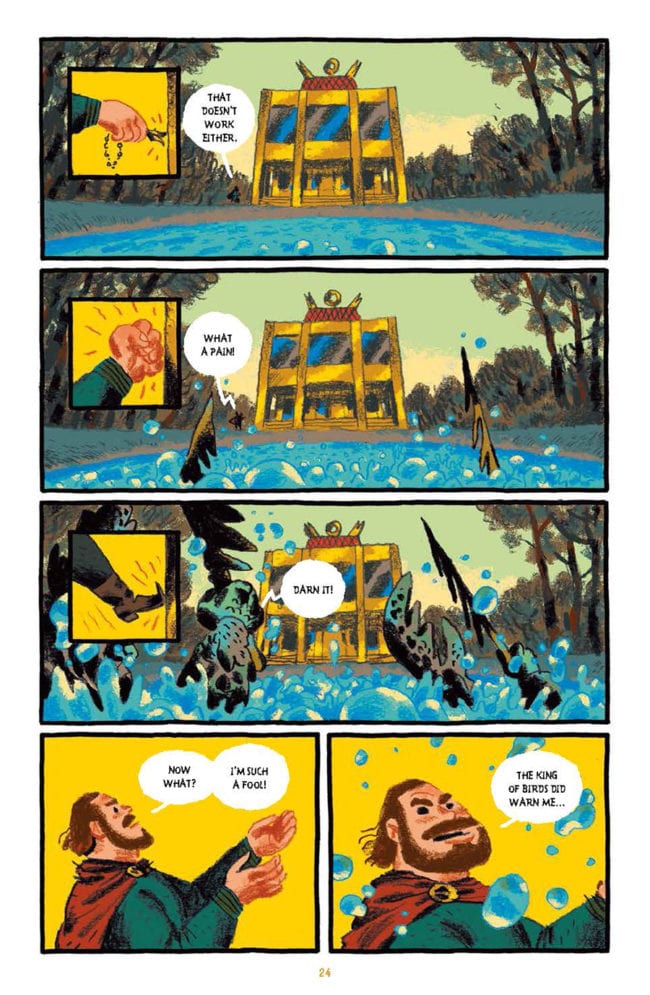 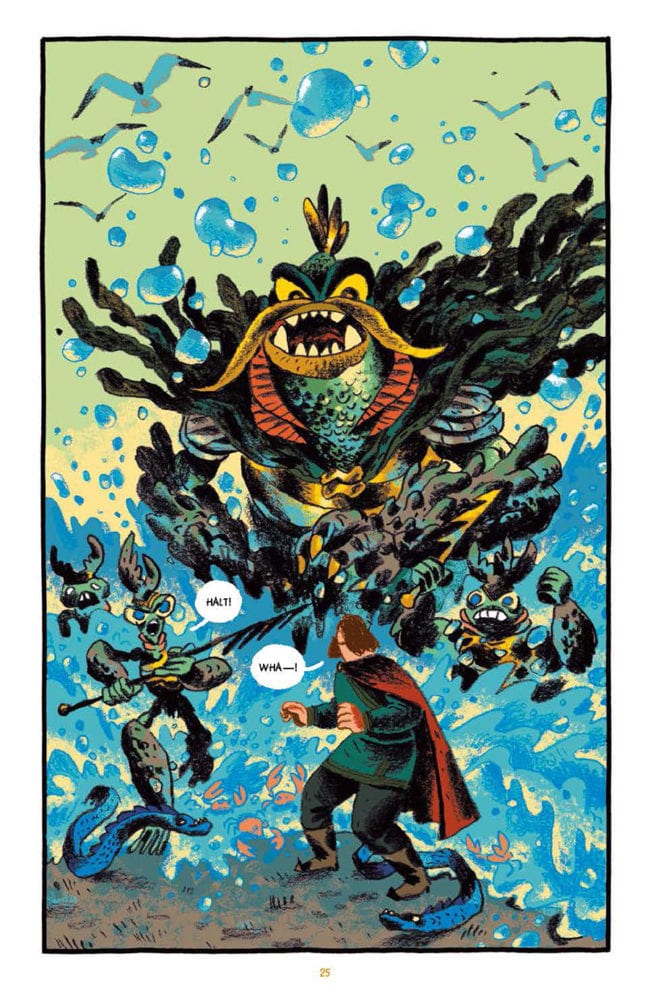 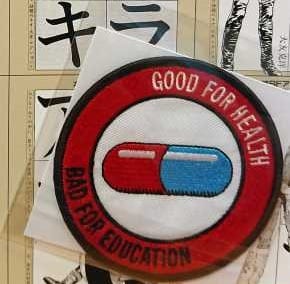 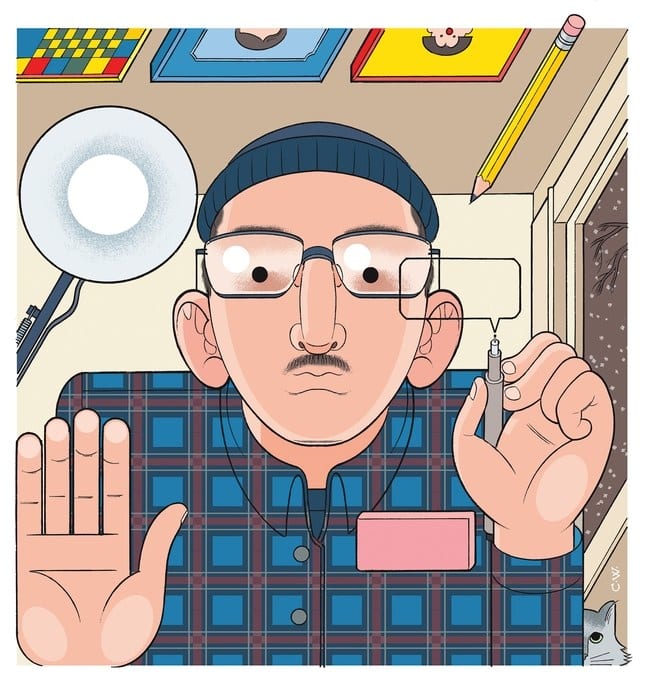