What's interesting about Kirby is that while he's been a prominent queer cartoonist and editor for nearly twenty-five years, he also sees himself and the artists he publishes as part of the greater alt-comics scene. The queer alt-comics scene is one that has evolved parallel to the straight underground scene, with surprisingly little crossover or awareness between the two audiences. Of course, that's never been the case for Kirby himself, who grew up reading Weirdo and worked to have John Porcellino distribute his comics through Porcellino's Spit And A Half. It's always been part of his mission to find ways to connect the two communities without compromising the identity of the queer community. This is one reason why the 2012 Justin Hall-edited No Straight Lines was such a landmark. While that totally uncompromising survey of queer comics not only won a Lambda Literary award, it was also nominated for the (quite mainstream) Eisner Award. Kirby's new anthology QU33R is very much a reaction to and extension of No Straight Lines. If the latter collection represents the past of queer comics (including the very notion of what it is to be queer in the modern day), Kirby wanted to assemble an anthology that provides a snapshot of its present.

Today also marks the return of TCJ all-star Bob Levin, who reviews Adam, the debut prose novel from longtime cartoonist Ariel Schrag, who, Levin says, previously "produced the most compelling rendition of adolescence by an adolescent I have ever read." Here's a snippet from Levin's review:

...Schrag ceased creating graphic novels. (She wrote, in Likewise, that the comic had overtaken her life. Her daily experiences were being shaped by a "predetermined" view of how they would fit into her book-in-progress. Perhaps, that is why.) She graduated from Columbia, in 2003. She wrote for the television series The L Word and How To Make It In America. She did some stories in comic form. But after publicly chronicling the most intimate details of her life, she was essentially quiet. Now Schrag has returned with a "non-graphic" (in the pictorial sense) novel, Adam (Houghton Mifflin Harcourt).

Again, her protagonist is a Bay Area teenager. Again, sexual exploration is her major concerns. But now her major figure is male, Adam Freeman (a risky name choice, granted; but if repeated rapidly a dozen times, immunity can be acquired to its bludgeoning "Get-it?" aspect). Now his quest relocates quickly to New York City and is complicated by his exposure to the crossed-over (MTF and FTM), those who remain in-transit between arrival, and those at play with the varied permutations spread upon the table.

And finally, Dan forgot to mention in his blog post last Friday that we had published the latest review from Greg Hunter, this time on Matt Fraction and Chip Zdarsky's very popular Sex Criminals. And here's a bit of that:

The world literally stops for Suzie and Jon when either of them has an orgasm. These characters can temporarily move around while everything around them remains frozen in time. In One Weird Trick, the two find each other. Not long after Suzie and Jon hook up, the couple decides to rob banks during this post-orgasm “Quiet” time. But even before the robbery scenes, Fraction and Zdarsky use their conceit to examine the different roles sex plays in the lives of ordinary people. In the story’s first installment, Suzie tells readers how alone she used to feel when the rest of the world froze—a sideways depiction of the failure of sex alone to complete a person. And an anecdote in which Jon describes his orgasm-power learning curve reads like a true account of puberty writ large. Even if genre comics have used the emergence of superpowers as a stand-in for adolescence since 1962 or so, the mix of excitement and confusion in these scenes is recognizable and vivid.

For much of One Weird Trick, Suzie acts as a guide to the reader, relaying the story’s events in the first person. If the comic’s overarching metaphor is strong, the line-by-line narration of Sex Criminals is the book at its weakest. Although Suzie isn’t likely to wind up in Avengers Tower before Sex Criminals ends, her narration resembles the self-conscious quippiness of Fraction comics like Marvel’s Hawkeye. In lines like the following, Fraction writes Suzie as if she’s fiction’s first self-aware narrator: “That [question] was rhetorical. You don't need to answer. We couldn't hear you anyway, this is a book and you are a person and that's not how it works.” This performed cleverness is a feature of Fraction’s writing across his body of work, and here as in elsewhere, it distracts from the actually clever moments throughout the story.

—Bill Watterson's Return to Comics. So this of course was the biggest recent news around: Calvin & Hobbes creator Watterson returning from his longtime retirement from comics to ghost-draw parts of last week's Pearls Before Swine strips. Pearls creator Stephan Pastis explains how it happened here. Michael Cavna has more from both artists at the Washington Post. Apparently, Watterson and Pastis plan to eventually auction off the original art to help Team Cul de Sac fund the Michael J. Fox Foundation. Chris Sparks has more about that here. And our own Joe McCulloch had the best Twitter response to all this that I saw.

—Interviews. CBR's Alex Dueben talks to the great Gabrielle Bell. The Comics Tavern talks to Jim Rugg. And The Guardian talked to Alan Moore and others to try and get more details on the recently announced Electricomics app.

—Reviews & Criticism. When Jesse Jacobs' Safari Honeymoon gets review treatment at The New York Review of Books, and no one blinks an eye, it feels like we've really turned a corner. At Hazlitt, Chris Randle takes on Jillian and Mariko Tamaki's This One Summer. At his own blog, Rob Clough looks at the work of Luke Pearson. And Ladies Making Comics has a post suggesting various women they believe could have been included in Drew Friedman's upcoming Heroes of the Comics.

—Misc. For the first time, DC is giving Batman co-creator Bill Finger cover credit on a special issue of Detective Comics #27. (You may recall Finger's granddaughter's statement last month -- I'm not sure if there is any connection.)

Finally, anyone who's been involved in comics for more than a few years is likely to find something they can relate to in this recent blog post from Jason Shiga titled "Webcomics, a Young Person's Game?" 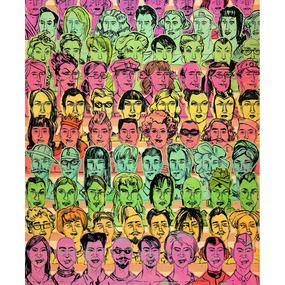 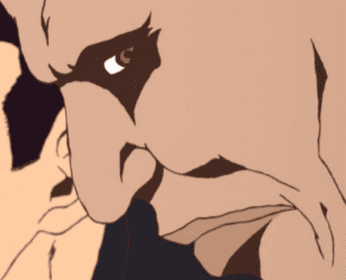