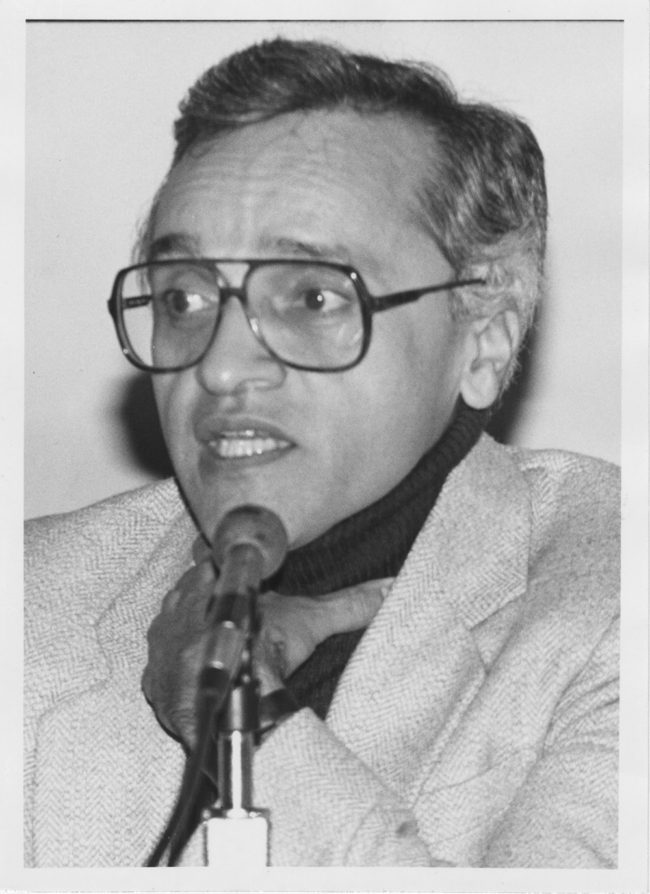 Ernie Colón died on August 8th, 2019 at the age of 88. He had been battling cancer for a year. At his death, he was surrounded by family members. Colón seemingly did it all in a 60+ year career as a cartoonist and editor, marked by his professionalism and amazing versatility. He worked in virtually every genre, including fantasy (he co-created Amethyst, Princess of Gemworld, with the writing team of Dan Mishkin and Gary Cohn); sword and sorcery (Arak, Son of Thunder, co-created with writer Roy Thomas); horror (Creepy, Eerie, Vampirella, Weird Tales of the Macabre); science fiction (the Ax and Medusa Chain graphic novels); TV and movie adaptations Droids, Bullwinkle and Rocky and Battlestar Galactica; erotica (Strip Search); in addition to superhero titles such as Dr. Solar, Man of the Atom, Tiger-Man, Damage Control (which he co-created with Dwayne McDuffie) and The Grim Ghost. At times, he even ventured into syndicated newspaper strips, briefly ghosting Star Hawks for Gil Kane, and working with Alfredo Alcala on the Star Trek strip. Starting in 2005, for The Weekly World News, he drew Spycat, until that publication went out of business in 2007. Colón even worked digitally, creating Doodle movies for the Komikwerks company. Later in his career, he segued into documentary-style graphic novels such as The 9/11 Report: A Graphic Adaptation (2006), After 9/11: America’s War on Terror, The Warren Commission Report: A Graphic Investigation into the Kennedy Assassination, and The Torture Report: A Graphic Adaptation and The Great American Documents Vol. 1: 1620–1830 (co-created with author and historian Ruth Ashby). He also drew graphic biographies about Anne Frank and Vlad the Impaler.

Despite the breadth of Colón's career — not only was he a prolific cartoonist, but he was also a sculptor, a painter, an editor and a writer — he is probably best-known for his humor comics, drawn over many years for the publisher Harvey. He depicted the adventures of Richie Rich, Casper the Friendly Ghost, Spooky, Hot Stuff, the Little Devil, Wendy the Good Little Witch, Little Dot, Jackie Jokers and the like.

Born Ernesto Colón Sierra de Cordobes y Lopez, in Puerto Rico, he is most familiar to American comics fans as Ernie Colón. In an interview quoted on the website The Daily Cartoonist, Colón explained, “My name is Ernest Colón Sierra. Sierra is my mother’s maiden name. In Hispanic countries, the woman does not lose her name when a child is born. However, that is not my last name — it is Colón. So, to avoid confusion, I dropped the Sierra. As to that long name — it was a joke that has followed me through the years. Cordobes is my granma’s [sic] name and Lopez is my father’s.” Colón spent the first 10 years of his life in Puerto Rico, and then his family moved to the U.S. and settled in Brooklyn. He began drawing at the age of 6 and always wanted to be a comic book artist. He was the only son; he had eight sisters.

Growing up, his art heroes were Milton Caniff and, later, Will Eisner. In an interview for issue #77 of the French magazine Scarce, Colón said, “I never enjoyed superheroes — with the exception of the early Captain Marvel. That character had humor and didn’t take itself as seriously as all the other snarling, furious products of DC and Marvel.” As a youth, Colón would copy his favorite artists and compose his own illustrations. As he noted in the Scarce interview, “I loved to draw battle scenes — especially those in the air. When I started drawing, planes were still mostly double-wingers from WWI. And of course, I drew the gangsters I saw in the movies.”

He trained at the School of Industrial Art, later known as The High School of Art and Design. His main courses of study were illustration and cartooning. He began his professional cartooning career in 1955 as an assistant to the ill-fated Ham Fisher on Joe Palooka, inking backgrounds for the veteran cartoonist. Unfortunately, Fisher committed suicide within a month of hiring Colón, and the latter had to scramble for other employment. Around 1961, he saw an ad in The New York Times; Harvey Comics was looking for a letterer. Colón admitted he was “the worst letterer in the business” — and when publisher Leon Harvey checked Colón’s work one day, he told him, “You’re no letterer.” Crushed, young Colón was headed for the exit when Harvey’s wife, Vicky, stopped him and interceded with her husband on his behalf. Harvey transferred Colón to the paste-up department. For a year, while working on paste-up during the day, he would draw the Harvey characters at night. Eventually, Colón was hired as a freelancer. He worked at Harvey for 25 years, mostly drawing Casper and Richie Rich (uncredited). There, he was mentored by the highly respected Warren Kremer. It was at Harvey that he met editor-in-chief Sid Jacobson, with whom he would collaborate frequently in the future.

The first published work bearing his name appeared in Wham-O Giant Comics (1967), a two-pager with the title “Kaleidoscope of Fear.” (Though, of course, by that time he had already been working in the comic book business for several years, with his uncredited penciling for Harvey Comics.) In 1968, he also worked briefly at Gold Key, drawing a few issues of Dr. Solar, Man of the Atom.

Twenty-five years would have been an entire career for most people — but not for Colón, who was eager to branch out into more realistic work. Harvey Comics went bankrupt in 1982 and was acquired by Jeffrey Montgomery, who tried to continue the Harvey line with reprints, and then new material — until he, too, threw in the towel in 1994. Colón worked on some of the later Harvey titles, like Ultraman and Monster in My Pocket, while still working for Marvel and other companies.

After his long stint at Harvey, Colón shifted gears. Although he liked working in humor, he felt like he was getting into a rut. He began contributing horror stories to the Warren line of magazines, especially Vampirella. After Warren, Colón moved on to the new/short-lived publisher Atlas/Seaboard in 1975, where he co-created and illustrated three issues of The Grim Ghost with Spectre scribe Michael Fleischer. With John Albano, he debuted the superhero character Tiger-Man in the first issue of the black-and-white Thrilling Adventure Stories, then went on to draw the first issue of the color comic, upon which Steve Ditko and Alan Milgrom assumed the art duties. He also contributed to Weird Tales of the Macabre, Atlas/Seaboard’s attempt to duplicate the success of Warren’s horror magazines. In addition to his comic book art, Colón seems to have been the house artist for Atlas/Seaboard’s house ads and depicted almost every character in their stable. His slick, fluid drawing and ability to master different styles made him the perfect artist for this assignment. Colón liked working for Atlas/Seaboard, where he was paid exceptionally well and treated with respect by the line’s young editor, Jeff Rovin — with whom he would work again years later, on Cat Angels, a poetry book that Colón illustrated.

After the demise of the Atlas/Seaboard line, Colón moved on to DC, where he enjoyed a long stint as both an artist and editor. Colón particularly enjoyed working with his Amethyst, Princess of Gemworld co-creators Dan Mishkin and Gary Cohn. He recalled this title with fondness in later years, saying it was “one of the best series DC ever produced.” There, Colón penciled miniseries like Cosmic Boy, Legionnaires and Underworld, and various issues of a wide variety of titles, including Atari Force, Blue Devil, The Fury of Firestorm Annual #2, Outsiders, Scooby-Doo, House of Mystery, The Unexpected, Weird War Tales, and even a romance comic, Young Love. His tenure at DC stretched across the 1980s, and he edited Wonder Woman, The Flash, Arion, Lord of Atlantis and Green Lantern. He handled all of the art chores for DC’s third science fiction graphic novel, The Medusa Chain. Although he would later complain that coloring the art for The Medusa Chain with markers made him “sick for days,” still, he said, “I was given complete freedom. No interference whatever. It was a great experience. A lovely daydream with no interruption.”

Colón had two Marvel assignments previously: Battlestar Galactica, in 1979, concurrently with the original ABC TV series (he disliked working on Galactica because the studio refused to supply reference photos; he called it his worst experience in comics); and his work appeared in the first two issues of Epic Illustrated magazine in 1980. But, toward the end of the 1980s, Colón began working for Marvel as well. It was for Marvel that he would do one of his few creator-owned projects, the Ax graphic novel. At that publishing company, Colón’s main claim to fame was cocreating Damage Control with writer Dwayne McDuffy, though he also penciled five issues of John Carter, Warlord of Mars. He only did one or two issues of most of the other titles he worked on, such as Red Sonja, Nightmask, Doom 2099, and others. Working on Marvel’s Star line also reunited him with Sid Jacobson, and marked a return of the kind of humorous style he had done at Harvey on titles like Bullwinkle and Rocky, Mighty Mouse, Droids and The Flintstone Kids.

After Marvel, Colón worked for Valiant Comics on many issues of Magnus, Robot Fighter, and even one issue of Dr. Solar, Man of the Atom. The latter part of Colón’s career was taken up with doing documentary-style graphic novels and found him working with his old friend, Sid Jacobson.

Colón was highly regarded as a consummate craftsman by fans and professionals alike and was well-liked by his peers. Former president of DC Comics Paul Levitz said he was “a wonderfully talented artist who I had the pleasure of working with at DC during the relatively short stretch of his career when he sat behind an editor’s desk.” Colleague Walt Simonson recalled him this way: “A great guy, a friend, a wonderful artist — a light in any room he walked into.” 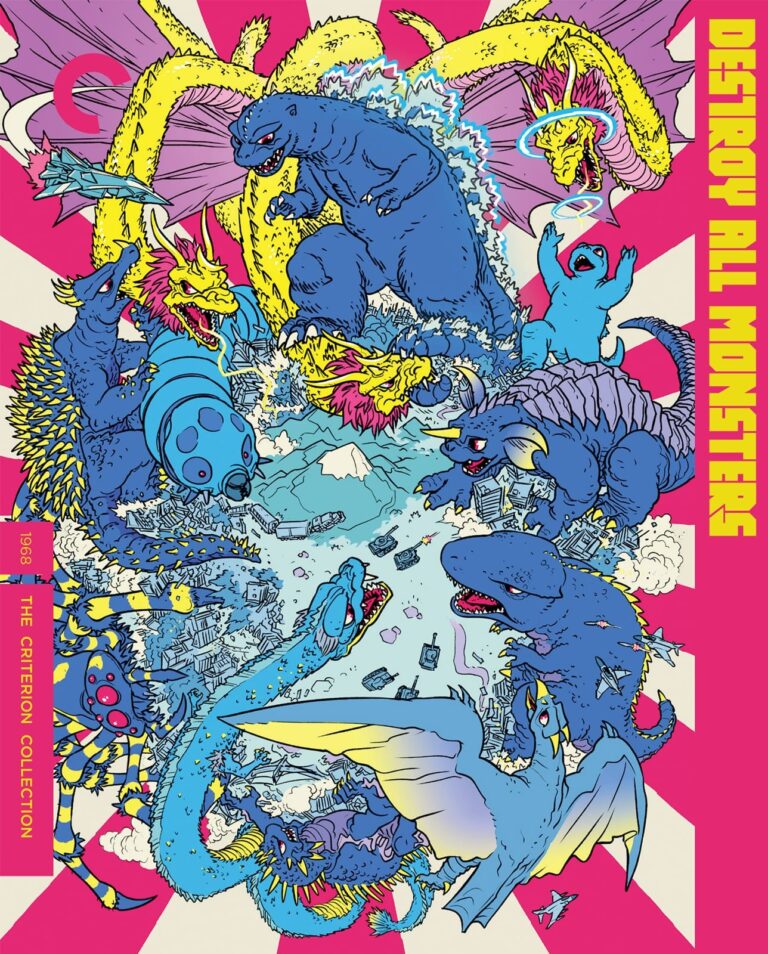 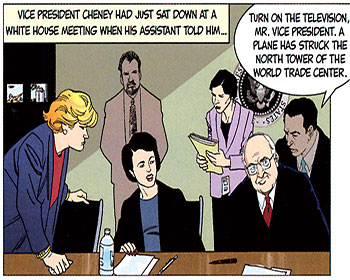