"While Gary's the in-your-face ballbuster, Kim was the quiet ballbuster. Both were needed to save comics. Good job, Kim."

Kim Thompson passed away yesterday. He'll be sorely missed. Kim's contributions to comics, not to mention to TCJ, are too numerous to list here. We'll have much more writing about him in the days to come. For now, I urge you to check out a great series of blog posts he ran over at the Fantagraphics site. These "Editor's Notes" are invaluable mini-essays on European comics. Here he is on Gil Jordan. And on Trondheim's Approximate Continuum Comics.  And on Marti's The Cabbie. Finally, check out the two best English-language essays on Jacques Tardi (and read his TCJ interview, too)

Would any other publisher write like this about his own books? No, not really. Kim's devotion and articulate passion set him apart.  There's more on the FB site. Just click his name and read on.  There is also a nice interview with him about European comics over at Inkstuds.

Today on the site we have Tom Scioli's look at the very first published comic book work by Jim Steranko. Tom investigates the story panel by panel like a comics archeologist.

According to the Grand Comics Database there is one story in issue #1 of Double-Dare Adventures, "The Legend of the Glowing Gladiator," that at one point was credited to Steranko. The database has since been corrected by "Manny Lunch". Now the story is credited to Red Skull co-creator Eddie Herron and penciller Bob Powell .

I'm not interested in making the case that these two men did not work on the story. In the multiple-hands assembly line of comics production, I don't doubt that these seasoned professionals did their part. The case I'm making is that this work bears the indelible mark of one Jim Steranko, and is the first published comic book story he wrote and drew.

This has been circulating around the web: Milton Glaser and Lee Savage from 1968. Check it out while you can. 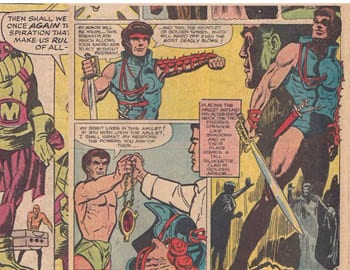 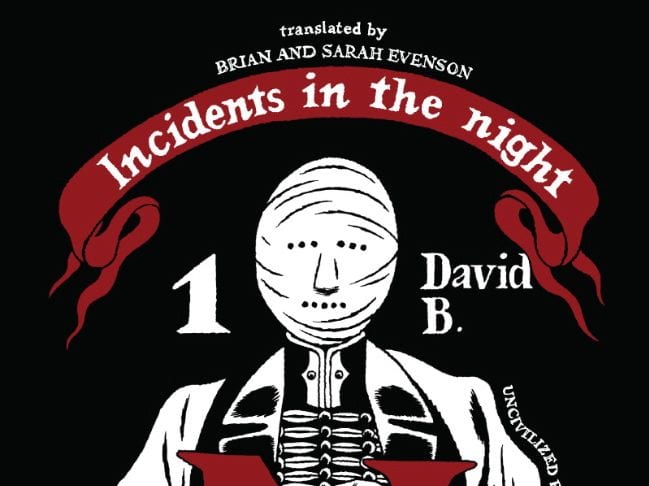 Preview: Incidents in the Night