I wish I had taken a picture of the message on the door of my local comic shop, Earth Prime Comics, the last time I stopped by for my weekly fix. I'm tempted to drive there, jump out of the car, snap a pic and race back to the my car's relative safety. I know I shouldn't and I won't. But damn I sure as hell want to. I suspect there's a lot of 'want to' right now. Wanting to get back to 'normal,' instead of the the tougher task of establishing a 'new normal' on the ever shifting sands of a pandemic. In short, the sign said Earth Prime Comics was closed due to COVID-19 and would reopen ... sometime. I reckon a lot of customers read similar notices in the last few weeks. I could hear the shop's manager's voice so clear in this fingerpost, adding at the end in big, black, bold letters: "Wash Your Hands!" The 'guys down at the shop' always give the best advice. As part of TCJ's coverage of how comic shops are dealing with closures, quarantine and the industry's sole distributor suspending service indefinitely, I emailed the manager of Earth Prime Comics, Damon Savage, and asked how he and 'the shop' were holding up and holding it down.

Damon Savage: Earth Prime Comics is a staple of Burlington, Vermont. The shop has been open for business the 1980s. My experience in comics retail is the total of my employ at EPC - about 12 years now. We're a small operation. Our current staff consists of one full-timer, one part-timer and me (the manager). The store has had bigger crews in the past, up to seven or eight individuals depending on status (p/t or f/t), and I'm willing to theorize that staff population follows the shop's overall business success; more money made, more people employed. We have around 100 subscribers who account for about 60% of our overall business, where non-sub regulars contribute about 25% and walk-ins the remaining 15%. We do not do mail orders or offer a web services. Strictly brick & mortar, in-person transactions. Old school, old world and vastly more interesting, I think. I've always described the shop's floor space and size as being a sliver, or, say, the size of a department in a bigger store. Now that online shopping has clubbed traditional retail, that comparison may have to be put to rest. 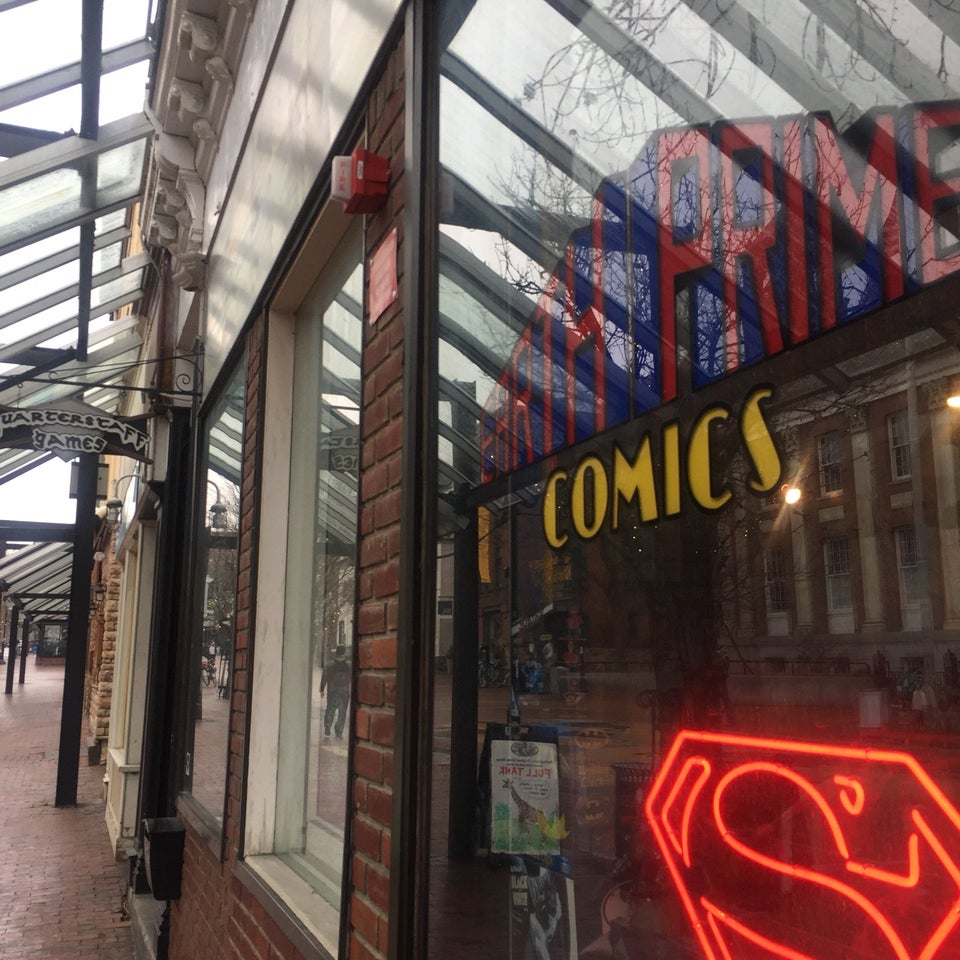 When did you close your store and what factors went into your decision?

We closed up due to Covid-19 two Wednesdays ago, March 18. The obvious reasons were the number of discovered cases in Vermont and how some were out-of-state cases brought here within a weekend's time. A more nuanced answer would be we came to this decision because it seemed like our customers and the general public were waiting for a higher authority to shut things down as opposed to heeding the recommendations of the World Health Organization or the Centers for Disease Control. I was watching the decisions of the local school district. I knew the superintendent was a smart, conscientious leader who was weighing all possible avenues while treating the pandemic as a serious matter. By Sunday, March 15 the school board and the governor had updated their stance and announced schools would be closing the following Wednesday, March 18. That's when I made the call. Wednesday was it for us. Then the schools shut down a day early on Tuesday. We've been closed for business ever since, with staff coming in on Wednesdays to process shipment and me coming in to call subscribers for updates. The situation has changed so rapidly that the phone list has to be reassessed every couple of days.

What’s the status of Earth Prime as of now?

As far as operations go in the future, the best we can hope for is in-person, at the shop customer pick-up by appointment. Honestly, though, even throwing that idea out there sounds premature and reckless. I'd love to say we can pull that off by observing social distancing and relying on customers who may possibly sick to be honest and not come in, but considering that as I type it feels fucking foolish.

The impact is no business = no business. It blows all the way around. All we can hope for is that 1. subs who haven't lost their jobs or simply adjusted their priorities will still want their stash and/or 2. they're patient and willing to wait things out, as opposed to assuming the worst about us and ordering online. That's the current challenge with an old school communication system: reaching your clientele and assuring them that their merchandise is here at the shop and maintained while acknowledging the fact that comics are an indulgence, a personal luxury that's perceived (rightly) as being non-essential and trivial in the face of a pandemic.

The uphill battle longtime readers (and I include myself) have endured is to ensure this art form crossed over into respectability. Put it this way: the marketplace of ideas just took a helluva blow. It's going to be awhile before the damage can truly be measured. As a staff of retail comics workers, that's scary. It's scary to worry about being able to feed yourself today and scary to worry that the vast majority of comics enthusiasts may be willing to move on post-pandemic tomorrow, leaving the future of your beloved medium solely in the hands of Hollywood interpretation. Hunger > medical attention > loyalty to printed sequential art.

Did you have any indication from Diamond Comic Distributor’s to suspend shipments or did it comes as a surprise?

I figured Diamond was going to have to suspend operations eventually because the majority of businesses are having to suspend operations. Here's where I give a special 'shout out' to the real OGs of the retail and residential arm of this situation, delivery services and their drivers. Let no one ever again doubt the work ethic or the loyalty of Fed Ex, UPS or USPS workers. FUCKING GANGSTERS! each and every one! It was coming, this shutdown, it was just a matter of time. 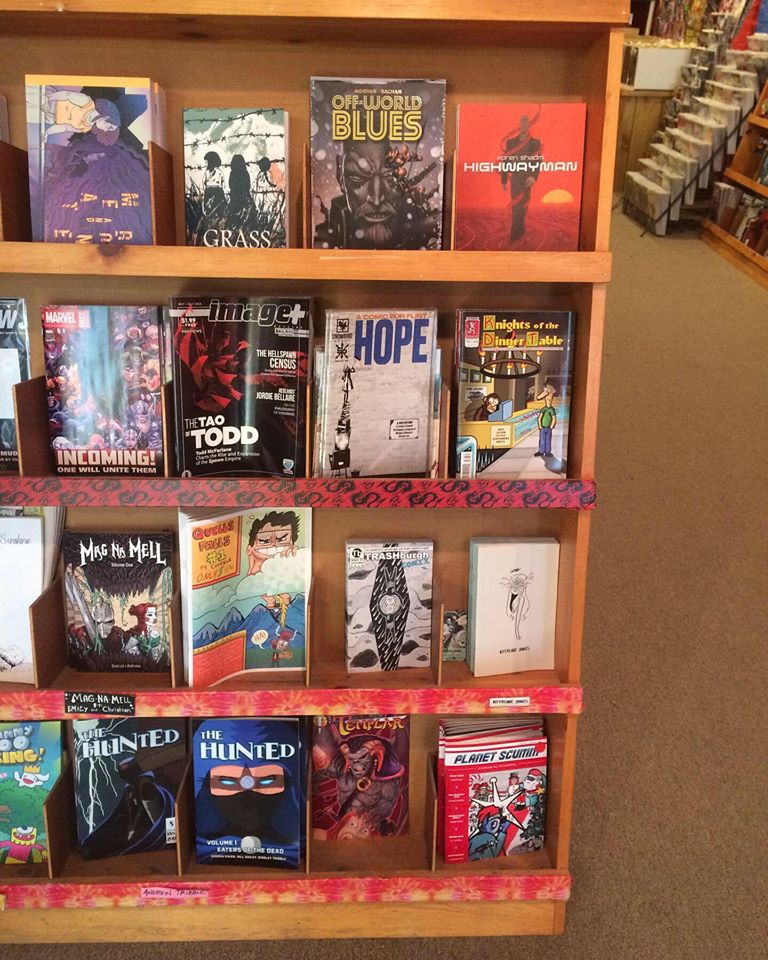 What alternatives are you exploring without the ability to receive product from Diamond?

I'm considering other sales alternatives from Diamond, but, truly, we are not halfway through the jungle yet so the idea of maintaining business through other means is rather silly. Closed is closed and a shutdown is absolute, and we still don't know the scope of the virus to have any serious talk about future store operations. I'll put it like this: how much contact should even a skeleton crew have with each other as opposed to the UPS driver as opposed to the bank teller? For us at Earth Prime Comics any single one of those links can be neutralized, but not two or more.

What can local customers do to support Earth Prime Comics as well as those who don’t live nearby?

As far as customer support for us, all that we ask from our customers is patience and self-preservation. Be well, be smart, stay safe and expect the same response from us. No one wanted to close up this shop, the same way none of us asked to deal with the stress of this current situation. As much as we want to make money and share ideas about comics, we'd rather know the customer's priorities lie with staying healthy and supporting their families and friends. Your health equals my health, and the better we all are, the better our shared outcome. To the subscribers and the regulars: we've got your merchandise, safe and sound. So concentrate on the living. Hopefully, our new normal will allow us to swap tales, compare comics and shake hands again. 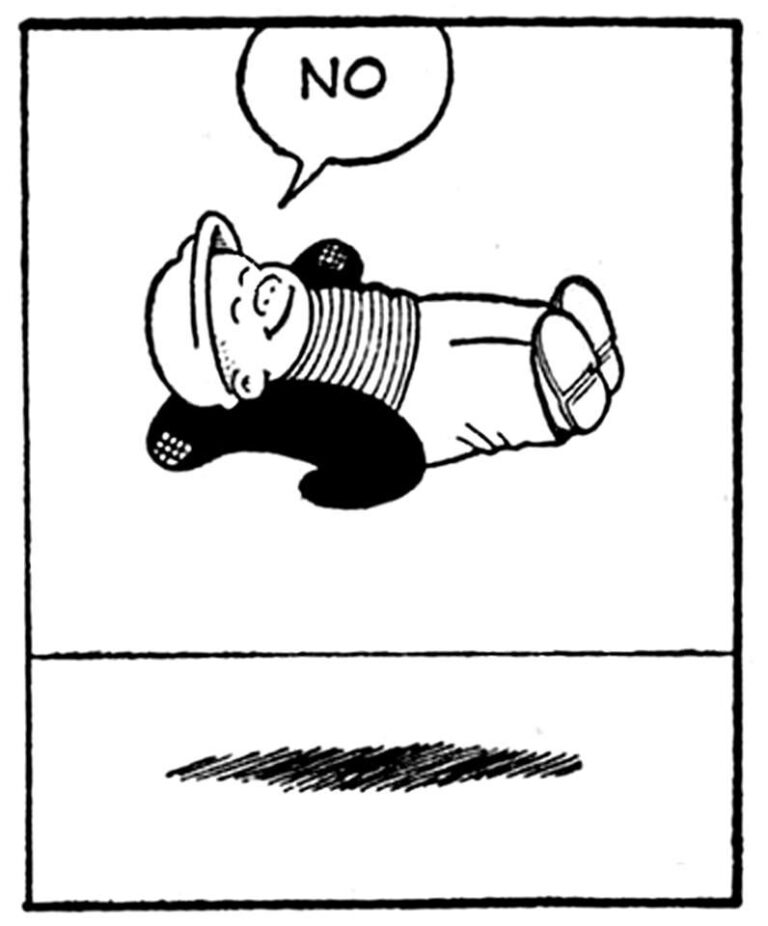 I Agree With Sluggo 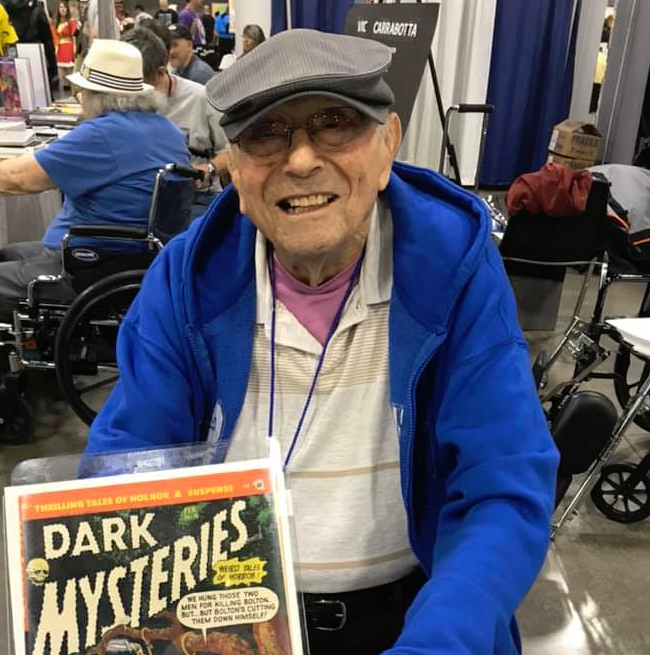