In his column yesterday, Frank Santoro reviewed a selection of new comics, both with staples and without, from Julie Delporte, Dane Martin, Jack Hayden, Aidan Koch, and Mardou.

It is easily one of the best books of comic art ever produced. It’s like the first Little Nemo book that Pete Maresca produced: An entirely new way to look at a comic art great; it’s also one of the finest books of drawings I’ve ever seen.

And Shaenon Garrity returns with another webcomics column, this time focusing in on the world of online smut:

We may be seeing a renaissance of high-end webcomic raunch, comparable to the era in print comics when titles like Omaha the Cat Dancer, ambitious indie comics that just happened to feature a lot of sex and nudity, were taken as seriously as Cerebus. (In retrospect, Omaha is starting to look like the better comic.) The new indie smut is witty, cheerfully explicit, gorgeously drawn, and takes advantage of the ever-widening audience on the Web.

In other news, Justin Green reports some sad news regarding underground legend S. Clay Wilson's health, and explains how interested parties can help.

[UPDATE: Here's a link to the online home of the S. Clay Wilson trust.]

In two new posts, the R. Crumb website has posted several more of the artist's short and sometimes surprising takes on various figures, ranging from George Herriman ("I admire Herriman’s stuff, but you know I’m not as crazy about him as some people. You know, that kind of funny, little esoteric thing he does in Krazy Kat, it doesn’t grab me that deeply.") and the Beatles ("Some of the last stuff they did, you know, it kind of gets dark, and that’s more interesting to me, the last stuff they did before they broke up.") to Jim Morrison ("He just seemed like a kind of puffy-looking, overweight guy who was burned-out from too many drugs. He just sat in the corner kind of mumbling.") and Garry Trudeau ("I could never read one of his strips to the end. Those sleepy-eyed characters, I just found the drawing style so annoying I couldn’t even read it."). 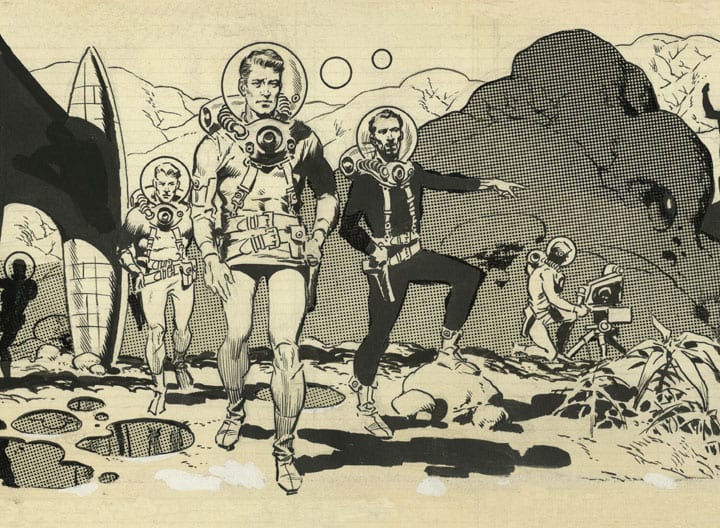 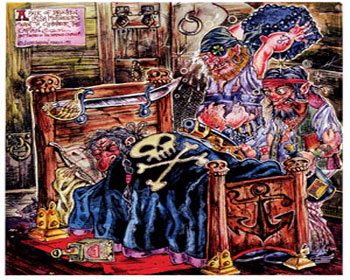