Today on the site, we are reposting three of Kim Thompson's most memorable early pieces for The Comics Journal, which, added to his review of Ronin and his famous 1999 manifesto calling for new "crap," may serve as a sort of miniature Best of Kim Thompson. These five pieces are just the tip of the iceberg, of course, and I hope that eventually we might see more of his critical writings (and possibly interviews—here's a good one he did with Sergio Aragones back in 1989) collected into print.

First we have Kim's 1978 review of the then-ongoing National Lampoon's presentation of the French cartoonist Claire Bretécher, much of which revolves around translation issues:

Translation is a difficult craft (or art). If the translator is less than fluent in the language of origin but fully conversant with the target language, the result is frequently a grammatically, idiomatically, and dialectically “correct” translation, but unfaithful to the original and in some cases downright nonsensical. On the other hand, if it is the target language that is the weaker of the two, awkward and ruptured translations abound. Upon buying the book and noticing the name of the translator, Valerie Marchant, I expressed some concern that it might be one of Bretécher’s cronies with an M.A. in English and that the book would boast a conflagration of massacred pseudo-colloquial English with gallicisms running rampant. (“I demand pardon of you.” “Oh, that makes nothing,” for instance.) Happily, I found this not to be so, and with a few awkward exceptions, particularly when coping with the labored ironic politeness that is the staple of French argument (“Quit it with this shit, please.”—“Mood Music”), the English dialog flows nearly as well as the original. Sadly, several strips are rendered pointless or even unintelligible because Ms. Marchant’s command of French was shaky enough for her to misunderstand the originals. A few examples will suffice.

Our second selection, Kim's 1979 review of a collection called Masters of Comic Book Art, displays more of Kim's theoretical side, and is also just fun to read for sections such as the following:

Undoubtedly the worst chapter is the one on Barry Windsor-Smith. Smith rose to fame in the early to mid-’70s not only for his highly illustrative approach to comics and his tremendously effective mood in Conan and a handful of other books, but also for his unique pacing and continuity (involving, in particular, successions of high, thin panels), derived in part from Steranko. The book communicates none of this. Smith’s entire comic book career is encapsulated in two comic book panels (which aren’t even in sequence); then, having done his duty by establishing Smith as an artist who once worked in comics, Garriock proceeds to offer what looks like a catalogue for Gorblimey Press, all posters and prints and paintings. This is absurd; while the latter are undoubtedly better in terms of draftsmanship and polish, they are utterly irrelevant to the comics medium.

In our third selection, 1980's "Another Relentlessly Elitist Editorial", Kim gets right to the heart of The Comics Journal and its critical philosophy:

The question was thrown at me in person by Jack Harris, who then wanted to know why DC should help the Journal with news and cover reproductions when all the magazine does is denigrate his and his peers’ efforts; it was posed to the readers of The Buyer’s Guide by two of that paper’s most persistently lowbrow columnists; and it has surfaced in various guises in a number of letters of comment to the Journal.

The question is: “Why, if you have such contempt for the medium, do you publish a magazine about comics?”

Now this seems to me a pellucid answer to a question that was poorly thought out to begin with. Unfortunately, it appears not to be so. Generally, reaction to it is something along the lines of, “Well, yes, I understand that, but if you have such contempt…” etc. Clearly, a few words of elaboration on the subject are needed.

A note to our readers outside the States. Tomorrow is a big national holiday here, so we'll be on vacation until next week. Elsewhere:

—A new documentary about Tomi Ungerer has been made, and the Alsatian artist talked to NPR for the occasion. The Vintage Kids' Books My Kid Loves blog has the first part of another interview with Ungerer here.

—The upcoming Daniel Clowes Reader (which looks a-mazing) has a worthwhile promotional Tumblr.

—Ng Suat Tong writes about Graham Chaffee's Good Dog, a book pretty much guaranteed to appeal to (and possibly addle the critical faculties of) all dog people—amongst whom I count myself. Even the notoriously cranky Suat himself seems to have been softened up.

—I missed this back in June, but Gerry Conway is asking for crowd-sourcing help to get DC creators fair compensation for their creations. (via) 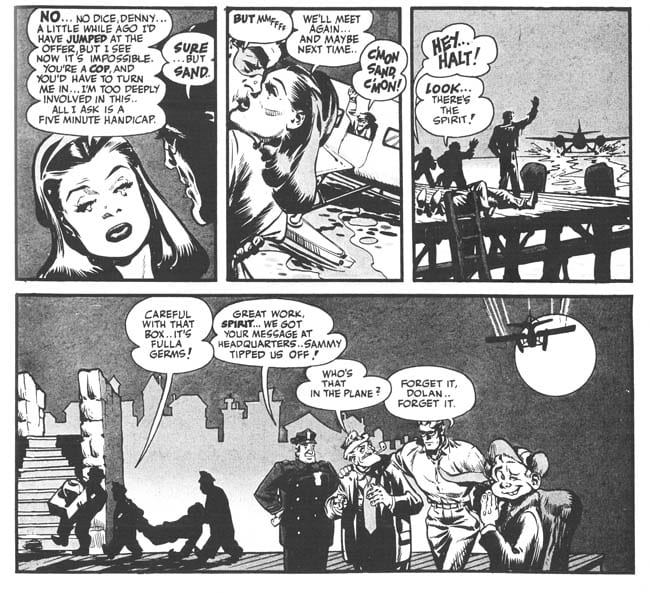 One Picture Does Not A Comic Make 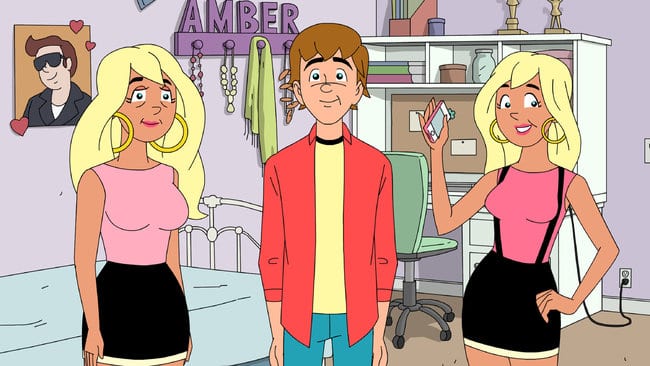