...this is a flat-out fantastic looking comic. The busy, bright-colored city streets and spooky building interiors are inhabited by pug-nosed kids, bug-eyed adults, and huge, snaggletoothed, Totoro-like monsters. Weing's art has gotten looser and more cartoony over the years, trading the cool clean-line perfection of Pup for a scribbly expressiveness reminiscent of Joann Sfar. The story is lively enough to match; I like the cleverness of having the kids work out their differences with the monsters instead of fighting them, and Charles has the nebbishy pragmatism of a Daniel Pinkwater protagonist. (Comparing a writer to Daniel Pinkwater is the highest compliment I have to give.)

And then Sean T. Collins is here with a look at Aidan Koch's digital comics project, "Configurations". Here's a sample:

Comics are whatever you put into them, and "Configurations," certainly a comic, puts in plenty. But it feels less like a strip you read and more like a participatory event. It's the rare experimental work that makes you feel as though you're there in the lab with its creator, conducting that experiment yourself.

Though it's in no way apparent at first glance, these 19 three-panel pencil-drawn strips, which you click through one at a time, comprise three distinct movements. (It's interesting, to me at least, that the musical term sprang to mind here, rather than "three-act structure.") The first opens with two minimalist hill-and-mountain landscapes flanking the classically inflected faces of an embracing couple. Koch places the title, "two doves", to the right of the three panels; almost immediately the eye wanders back to the start to re-read and recontextualize with this new information in mind, though in this case the relationship between the text and the images is apparent enough. The font is a butterknife-blunt digital script that borders on bubble letters; it's sensually ingenuous, but when combined with the quotation marks placed around each title, David Bowie/"Heroes" style, the effect is intriguingly distancing.

—Reviews & Commentary. Brian Cremins has a strong piece on the cartoons of novelist Charles Johnson.

And this is a great Eisner announcement.

—Misc. Sean Michael Robinson, who occasionally contributes to this site, is currently heavily involved with the digital restoration of Dave Sim's Cerebus, and is looking for help from those who own original art.

And finally happy birthday in absentia to Dan Nadel. 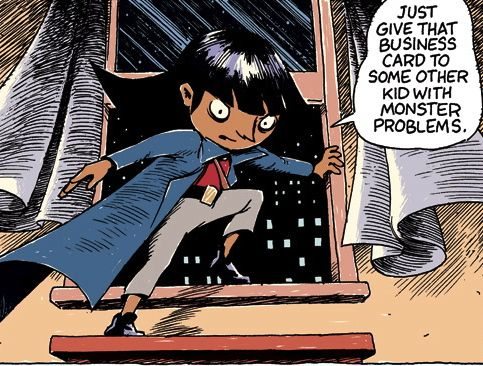 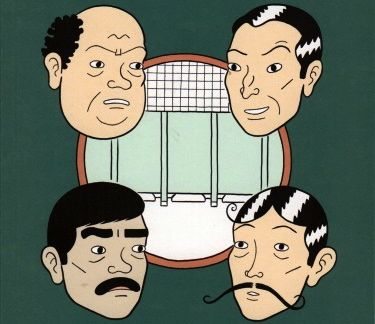