Non-UK folk probably missed the spat on Twitter a couple of weeks back simply because you were all in bed when in it happened. I only noticed it because it spilled out into real life non-internet arguments that ruined my lunch. It was about how the British Comics Awards were supposedly sexist – an accusation later written up by Laura Sneddon (last mentioned on TCJ as “[Grant] Morrison hagiographer” by Abhay Khosla, who is hilarious) in a New Statesman piece called Where Were All the Women in the British Comics Awards? My totally uncalled-for response (this one, this thing you are reading) should have come out soon after instead of after everybody calmed down and forgot about it. But! But. I did write it then, only I sounded like a drunk person ranting, which of course I was. So I’ve picked it up again, wiped off the crisp crumbs and puddles of spilled lager and what I think I was trying to say was twofold: i. that the British comics industry (in particular) will whinge (an English, whinier version of whine) itself out of existence, and ii. that WOMEN IN COMICS (campaigners, agenda-ers) are ruining it for women in comics. Hey wait, come back. Let me bend your ear a second.

My Beef, The First: I Will Turn This Car Around And We Will Go Back Home. Cartoonists are among the best, most cynical whiners on the planet and I needn’t list the dozens who have made a career out of it. But lately (and yes, mostly over Twitter) a lot of them have been kicking themselves in the balls. Exhibit A, a thing I have mentioned before: McSweeney’s Internet Tendency set up a contest to win a corner of their website for monthly webcomic. I don’t draw comics and I don’t write them so I had no use for this thing at all, but I was glad to see my comics pals being given an in because McSweeney’s had already published one of my written things and I have never had more exposure than that one stupid open letter to the guy waiting in the corner of the comic bookshop. An editor at DC Comics emailed me the next day asking if I’d like to pitch him some ideas. I didn’t, but if I was someone who was looking for that kind of door to open that would have been a pretty good payment for a thing I wrote for free one afternoon just because I felt like it and wanted to put this information about Green Lantern rings I have somehow accumulated somewhere that wasn’t my head.

The McSweeney’s comic competition was a paying gig – a very tiny, token barely-there amount of money (something like 20 bucks a page) but that that wasn’t the point. You – anyone, some tiny unknown bedroom comics artist – could have a thing on McSweeney’s and have some dude at DC maybe, possibly, see it. People get into comics in strange and unlikely ways, there’s no reason it couldn’t be that way. The piece didn’t even have to be a new thing – it didn’t even have to conform to a theme, it could be a thing you did years ago, dug out of the bottom drawer. The competition stipulated only this: Anything you want. I would find it for you and link you to it, but: Comics people (I mean the vocal ones on the internet, the ones hunched over a drawing board probably missed the whole thing) whined about the money and the maltreatment and the disrespect, and they whined so hard that McSweeney’s cancelled the whole idea, kicked comics out of the car, and comics had to walk home by themselves.I’m not saying it was just Britain, but I am saying it was largely Britain. If I have simply been asleep while the Americans are being just as bad, by all means tell me. I would like to believe it is not just one rainy little island feeling sorry for themselves. 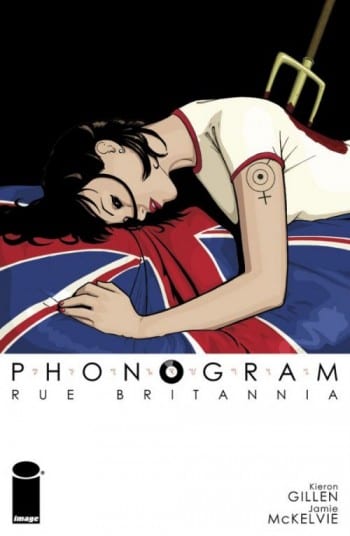 Exhibit B: In the New Statesman this week Alex Hern curated a whole five days of online pieces about British comics – the history, the people, the work – highlighting new stuff and giving a push to new, young cartoonists. I wrote a bit that explained to regular civilians why everyone was banging on about British comics so much in their (generally political) current affairs website, which was a very condensed version of events from 1977 up till now. It was true enough and simple enough for people who largely don't care about/read comics. As soon as a story about Kieron Gillen and Jamie McKelvie went up – after a week of stories highlighting successes in England – British comics people on Twitter started saying how disappointing it is that Gillen and McKelvie’s success at Marvel was held up to be the pinnacle of success – that work in America was still, sadly, thing to reach for. But it wasn’t. It was just another in a line of varied stories about British people making comics (and their various career trajectories) followed by another bout of British people whining for no goddamn reason. Although these sorts of things are written to promote discussion, comics people are coming across as such hard work that it’s easier just to not say anything at all.

My Beef, The Second – The One I Am Only Allowed To Voice Because I Have a Pair Of Tits Attached To My Body. So Sneddon’s piece went up at the New Statesman about the British Comic Awards, a thing set up to replace the now largely ignored Eagle Awards which tend to acknowledge only US creators and big US publishers (Hi, America, you are the baddies this week). In it Sneddon talked about how small press person Phillipa Rice had said in an interview with Forbidden Planet International that there weren’t enough women nominated for awards, and then Sneddon recounted the so-called Twitter backlash that followed which “effectively silenced” Rice. Sneddon says the response to her own article was so abusive that she has effectively silenced herself by locking her Twitter and saying she’s never going to write about indie comics again, yada yada yada. So Freakangels artist Paul Duffield, who was at the awards, went in and did a mathematical breakdown (!) of genders in order to set the record straight: “So far the awards seem not only representative when it comes to gender, but actually a little progressive.” These shrill cries of Won’t somebody think of the [women]! and labelling things as sexist (until they are mathematically (!) proven otherwise) thoroughly undermine and dilute the stuff that is actually sexist. [Sub-Beef: Why, when women are challenged on the internet by something they said do so many run away and hide? I'm not talking about the cases of scary harassment or stalky dudes. I've seen people flee not because of threat but discussion and disagreement. If you stick your arse out, someone's going to kick it. Always. Don’t hide. Come back, get angry.]

My problem with the whole Women In Comics thing is, and let me state this bluntly, not women in comics. Women do great comics. Men do great comics. Women do some absolutely terrible comics, and so do men. End of disclaimer. My problem is the ghettos women build for themselves. A badly-designed women-only anthology is nothing but a childish reaction to the No Girls Allowed sign hanging on the tree-house door. Need an example? Pick any you like. They are uniformly awful because of the very thing that they are saying: they aim for some sort of equality ("don't treat us differently, we are cartoonists too") and miss the target by fencing themselves off ("we are different"). It's self-defeating. Put everything together in a big heap and we will decide what's good or not based on words and pictures, not gender.A women-only anthology is in no way empowering. It is not helping. It’s actually kind of embarrassing and completely old-fashioned. In the 1970s/1980s there was a need for Wimmin's Comix and Diane Noomin and Aline Kominsky's Twisted Sisters, but there isn't now. The latter, while still being a women-only anthology, outgrew the particular brand of feminist bullshit I have problems with. Says Noomin:

"...the Wimmin's Comix Collective took the path that many women's or political collectives do over the years and became a hot-bed of bickering and power plays. Aline and I found ourselves on one side of a power play and we decided. "Well, fuck you, we'll do our own comic." Basically, we felt that our type of humor was self-deprecating and ironic and that what they were pushing for in the name of feminism and political correctness was a sort of self-aggrandizing and idealistic view of women as a super-race." That kind of bluntness was required, initially, when people needed to be shocked into listening. But now the idea of girls vs. boys is nothing but backward. That isn't to say women-only anthologies still pedal that kind of super-race nonsense, but making it a women-only thing pits "us" against "them". We do not need teams. Readers should be far beyond the point where we take into consideration what hole the cartoonist pees out of. Who cares. It's all comics.

As for the awards, here is the thing that nobody (but Paul Duffield, sort of) mentions: you cannot have a perfectly gender balanced awards system unless you have a men’s award and a women’s award. Like the Oscars, or whatever. But that is another shitty ghetto nobody wants to be in and awards ceremonies are boring enough without more categories to get through before the after-party. It will always be unbalanced, because I believe (and I do, I really do) that nominations are based on the work, and not penises or vaginas. It is wholly ridiculous to come in whining that nobody gave your vagina an award. So my point, basically, is a simple one: don't turn up dressed for battle every day because sometimes there isn't one. You look stupid in that outfit. 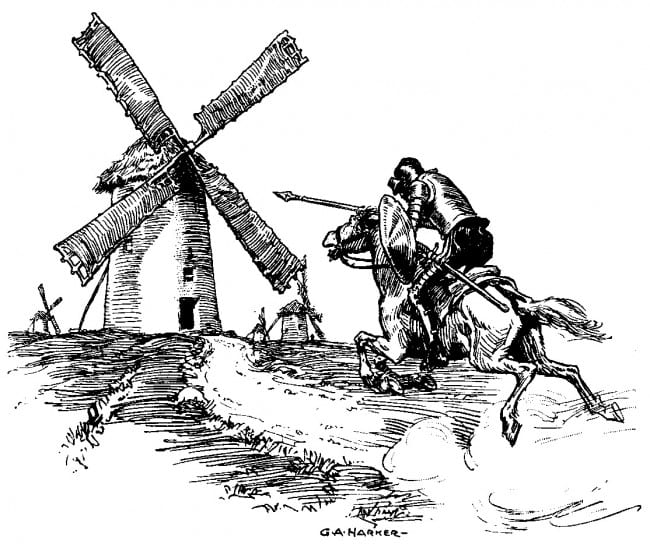 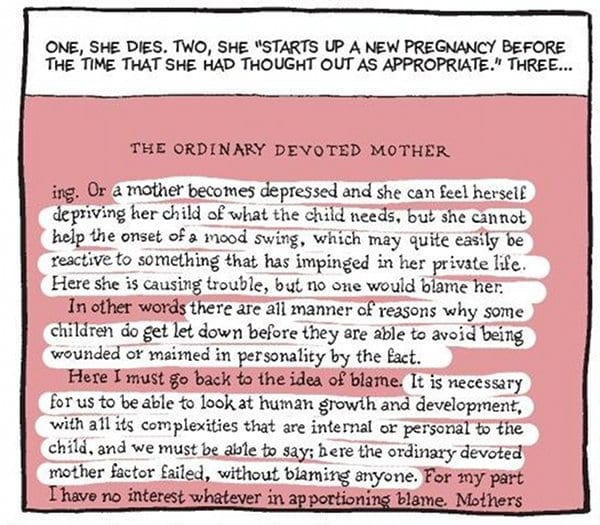 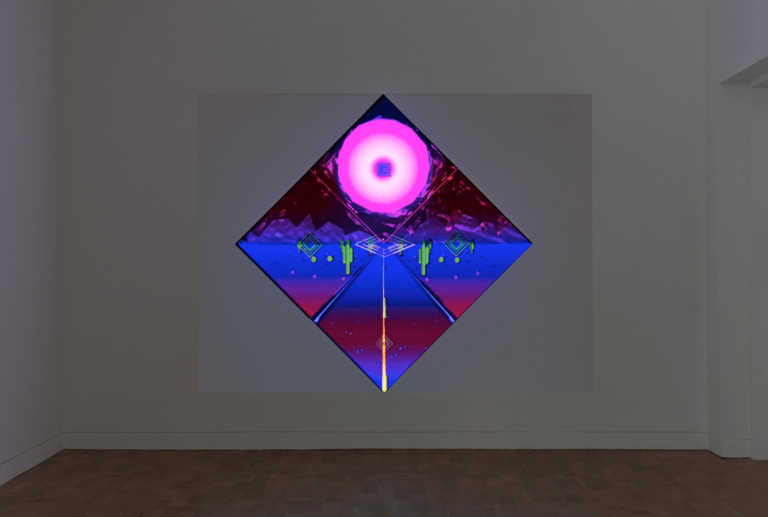