Welcome to the week. Chris Mautner is with us this morning, bringing along a lengthy interview with Michel Fiffe, the cartoonist creator of Copra and Zegas who has recently begun a side-career as a writer for Marvel. Here's a sample of their talk:

Was Zegas received well online or in the Act-i-vate Primer at all?

The Act-i-vate Primer was ignored and the Zegas stuff that was online didn’t make a dent, either. My friends liked it a lot, but it never clicked beyond that. That same story, “Birthday”, was then relaunched for MTV Geek, a site which reportedly got millions of hits a day. Not a peep from that. I knew that the platform wasn’t necessarily the problem, it was the work. It just wasn’t clicking with an audience. During this entire period, I would also occasionally make sample pages for mainstream publishers, just to exhaust every possible avenue in order to try and get paid to do this comics thing. Nothing came of that, either. It was a frustrating period.

So how did you move beyond that?

I thought making better work would take care of everything, I thought that really taking stock of what I wanted from comics would lead me to the answer. I felt like time was running out but I still had this desire to make comic books that hadn’t diminished after all this time and thought that was worth something. Plus I was getting tired of huffing barge at my day job.

“Huffing barge”? What exactly was your day job during this period?

I built props and costumes for sports teams and Broadway shows and for parades. It was a fun job, a creative, challenging job, but it wasn’t what I wanted to do for more than a couple of years. I was there for seven.

So how does that lead to “huffing barge?” I apologize for the segue, but I’m intrigued by the euphemism.

Barge is the highly toxic adhesive that we used to assemble many things. We used respirators and ventilators and all that, but it’s a little much sometimes. We also worked with latex a lot. We made rubber molds, sculpted puppets. It was definitely a career, but I didn’t want it to be my career. I wanted comics.

—News. Roz Chast was one of three winners of the first annual Kirkus Prize.

Seth Kushner's cancer is no longer in remission. His family's gofundme page.

That extremely ambitious/expensive Tezuka Kickstarter I mentioned last week has drawn criticism from fans. Deb Aoki has the best rundown on the controversy I've seen. 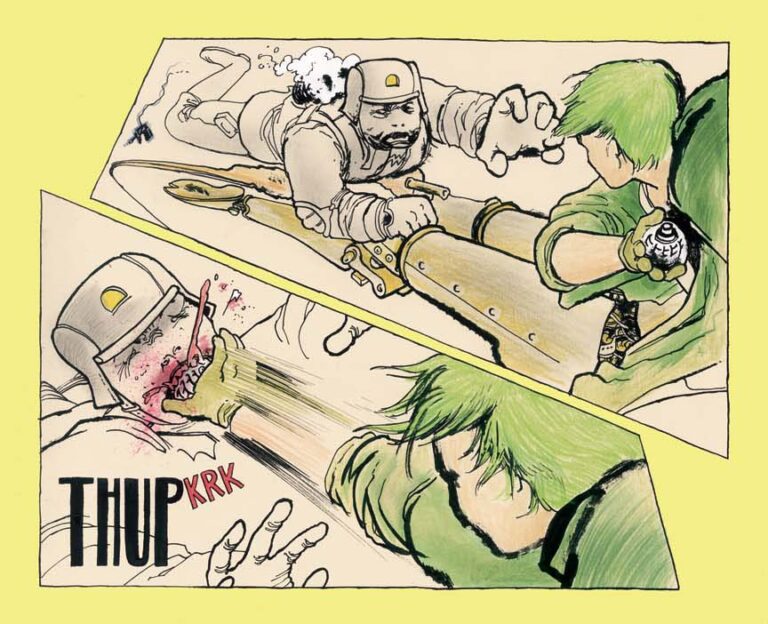 “My Aim is to Be as Appealing as Possible”: An Interview with Michel Fiffe 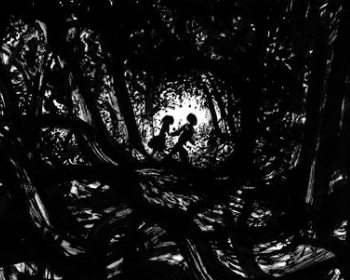