It is such a pleasure when a new R.C. Harvey column comes in. Today, we bring you his thoughts on the primary artists behind Barney Google: Billy DeBeck, Fred Lasswell, and John Rose. A short sample:

Barney’s eyes stayed the same size for as long as he appeared in the strip, but the rest of him didn’t. When the strip started, he was as tall as his wife, but he shortly started losing altitude, and by 1921, Barney was a gnomish wart, a scrunched-down jot of his former tittle, a pipsqueak mote of a homunculus—a perfect comic runt of a character who looked as outlandishly funny as his obsessions were fanatical.

And there are way too many things worth linking to recently for some reason. I'm not going to get to them all, but here goes.

On Tuesday I mentioned going to the Met to examine portraits of George Washington. I also went to visit the "Infinite Jest" exhibit of caricatures there, which I recommend to anyone in the New York area over the next week. David Bromwich has a well-considered review in the New York Review of Books, and my wife stole a blog post idea from me about it here.

In a recently posted letter to his employer, Al Hirschfeld, one of the few 20th century caricaturists in the show (and Bromwich is right when he says the selection gets pretty shaky post-1800), demonstrates how to ask for a raise.

Devlin Thompson finds a Chris Ware anecdote regarding Battlestar Galactica glasses that is too strange not to be true.

Matt Seneca likes it when Roy Crane draws women getting spanked and men getting punched.

Kate Beaton's Tumblr post q&a of advice to aspiring cartoonists has been deservedly getting a lot of link attention elsewhere, but on the off chance you haven't read it yet, you should.

Via Forbidden Planet, here are video interviews of Joe Sacco and Craig Thompson being interviewed at Angoulême.

Maira Kalman fills out a questionnaire. 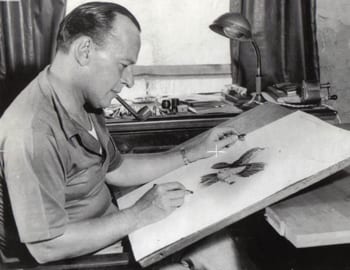 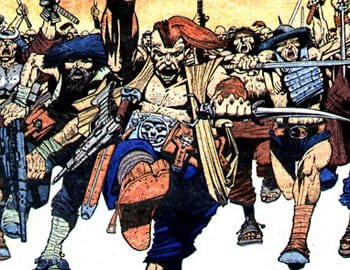