Today is Tuesday, which means it's Joe McCulloch alerting us to all the new comics day. As usual, he adds a mini-essay on some object of obscurity, which this week is basically European horror films from directors like Jean Rollin and the great Louis Feuillade (whose movies I strongly recommend to any fan of Richard Sala).

I should have spent the weekend reading comics, but instead I shut myself in with the book to your left, Kier-La Janisse's 2012 House of Psychotic Women, published by the happy sleaze merchants at Godalming's FAB Press, purveyors of heavily-illustrated, intensive studies of Eurohorror and world exploitation cinema, and, not coincidentally, one of the primary forces behind convincing me that writing about things to a potentially imaginary audience was something I'd be interested in doing.

I'll always have time for their wares, and Janisse's "Autobiographical Topography of Female Neurosis in Horror and Exploitation Films" is a worthy selection, being the sort of extended nonfiction essay that climaxes with a pill-addled vision of Argentine character actor Alberto de Mendoza appearing before the teenaged author in full costume from the 1972 Peter Cushing/Christopher Lee vehicle Horror Express and approaching her bed with glowing eyes. Textually, this occurs in the midst of a disquisition on the neurotic portrayals of director Andrzej Żuławski, which are later compared to those of Lars von Trier's Antichrist - my kind of book. Soon, I was poring over my own movie resources and making my own connections.

—Some interesting sales figures and analyses have been released over the weekend, including John Jackson Miller's post claiming that overall, around $715 million worth of comic books and graphic novels were sold in bookstores and comic stores last year. (Several sites have mentioned that this is the highest yearly comics sales figure since 1993, but as Miller updates his post to clarify, that due to inflation and higher per-unit costs, that comparison is somewhat misleading.) Also, retailer Brian Hibbs has put out his annual BookScan analysis.

—The other kind of icky internet flame-up going on lately involves DragonCon's continued involvement with co-founder Ed Kramer, who has been accused of child molestation. DragonCon recently issued a statement explaining their present inability to resolve the situation as they would like.

—The CBLDF has an interview with Mike Diana of Boiled Angel. I probably haven't ready any Diana work in more than twenty years, but those images are burned into my brain.

—Dave Sim talks about his upcoming art auction through Heritage. 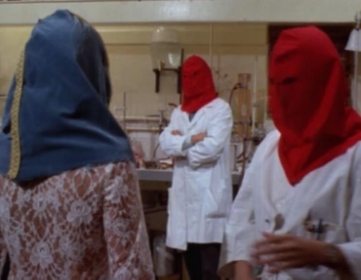