Today on the site, in recognition of the giant new omnibus collection of two-and-a-half decades' worth of Underworld, we're dipping into the archives to re-present a 1996 interview with Kaz, conducted by John Kelly.

We were poor. Lived in a tenement building. Bought our clothes at the Salvation Army. Ate my mom’s horrible Lithuanian cooking. But we didn’t know any better. My dad had two jobs, so he was never around. We played on the streets, the city parks, abandoned buildings, the Hoboken piers. We were the Dead End Kids. There were always big family parties where the adults got drunk and the kids went insane. My favorite toy was an Alvin the Chipmunk bubble-bath container. But the Salvation Army also sold toys, so I always had a lot of junk. I watched a lot of kids' shows and cartoons. I could see the Empire State Building from my bedroom window. Then, when I was ten, my parents had saved up enough money to put a down payment on a house in Rahway, New Jersey, and off we moved to the suburbs. The people next door had a big yard with swing sets. I thought it was a public park so we played there until we were kicked out. It was my first taste of someone having something bigger and better than me. So instead of the Dead End Kids, we were now the Little Rascals. We played in the woods and built soap box derby cars and tree houses. But I always knew that my family was different. For instance we were forced to speak only Lithuanian in the house. My friends were convinced that it was a practical joke. As if we were speaking gibberish just to fuck with them.

Clowes acknowledges the huge impact that his own childhood — the divorce, the constant shuttling around — has had on how he views marriage and parenting today. “I always grew up wanting what I have now with my own family,” he says. “A house, a wife, a child, everything very stable.” His time at Pratt and his early years as a comic book artist have had a similar impact on his work; the chip, Clowes says, lingers. “Even after you achieve a certain level of success, you still are that guy that was toiling in obscurity in your un-air-conditioned apartment in Chicago,” says Eric Reynolds, a longtime friend of Clowes’s and a Fantagraphics editor. In a strip Clowes did for The New Yorker in 2001, a Clowes doppelgänger identifies himself as a screenwriter at a cocktail party. “I dare not tell anyone I’m really a cartoonist,” he thinks to himself.

Mr. Liefeld insists the criticism didn’t bother him. “Not one iota.” Then, referring to his father’s death from cancer in 1999, he added that he didn’t care if people ridiculed his artwork. “I’ve had really hard struggles in my life.”

He is prickly, though, about sharing creator credit on Deadpool with Fabian Nicieza, who wrote the script for the character’s first appearance, based on Mr. Liefeld’s story. As plotter, penciler and inker of The New Mutants at the time of Deadpool’s inception, Mr. Liefeld said he did “all the heavy lifting.”

“If a janitor scripted New Mutants 98, he’d be the co-creator — that’s how it works, buddy,” Mr. Liefeld said. “Deadpool does not exist in any way, shape or form without me.”

Pete Toms is a funny dude.

...if you think that Batman, or Batman’s House, or Batman Wearing a Different Shirt, or Star Wars: Logos is the best comic, that’s totally cool, but it seems weird, and maybe irresponsible to insinuate that it’s in any way experimental, or expansive to comics as an art form. Especially when, because of the internet, you have access to a lot of other types of work, and the knowledge that Batman has existed, in a very similar form, for 2,000 years.

I’m not saying that a blogger that thinks a book about hunky Chewbaccas or whatever is the best the medium has to offer should read like Lala Albert, Scott Longo, or Andy Burkholder’s stuff unless they want (you should though). I just think it would probably be better for the culture as a whole if when writers call things “experimental,” they’re talking about things that are actually experimental.

—Reviews & Commentary. For T Magazine, Alison Bechdel lists ten favorite books. Edward Gorey is the sole cartoonist to make the list. I never would've guessed she was a Kerouac fan.

Like so many readers of the X-Men over the decades, no character drew me in more than the weather goddess Storm, a Kenyan immigrant to the U.S., the first black woman superhero in a mainstream comic book, and by the 1990s, the X-Men’s team leader. In that same anniversary issue, at a low point in the team’s battle with an imposter group of X-Men, Storm rallies her bruised and beaten comrades by reminding them that what defines their bond is a set of shared values, a chosen kinship maintained through mutual love and respect, not by force or expectation. With my budding left-wing consciousness on one side, and my attachment to queer family on the other, I fell in love with this fictional mutant goddess and her team: this was the kind of community I longed for. How did it come to be that a thirteen year old Lebanese-American, suburban gay boy found common cause with an orphaned, Kenyan, mutant, immigrant X-Man?

Fans of print humor magazines like The National Lampoon might want to check out The American Bystander, which features work by cartoonists including Kate Beaton, R.O. Blechman, Shary Flenniken, Arnold Roth, and Julia Wertz, among others. They say they need to sell 3000 copies of each issue to print the next, and #1 is out now. 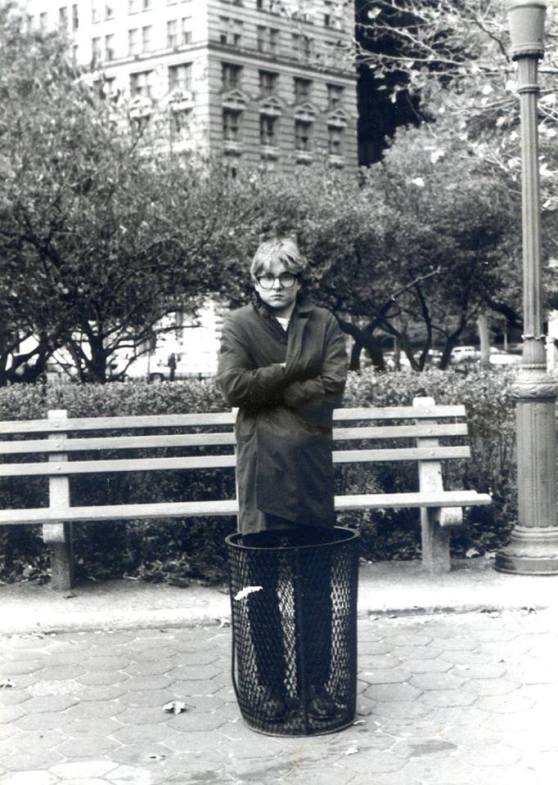 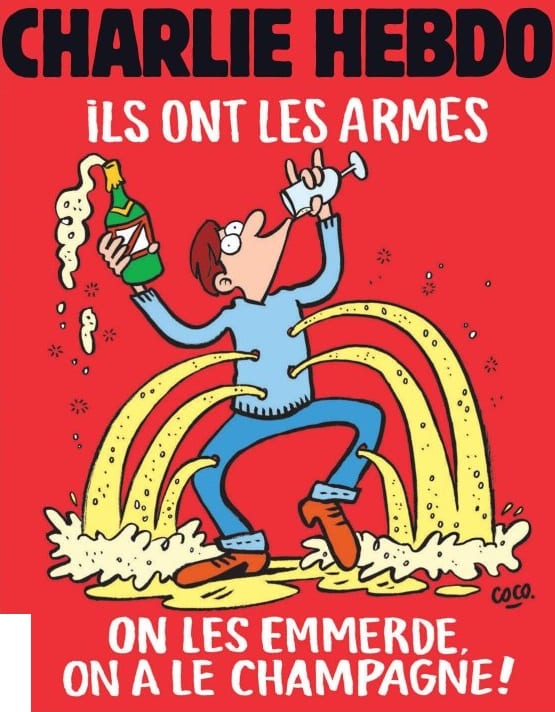 The TCJ 2015 Year-in-Review Spectacufuck: Part I