Etta Hulme is an icon in editorial cartooning, a trailblazer for women cartoonists. She was a full-time editoonist on the staff of a major metropolitan daily newspaper before any other woman cartoonist was; she was widely syndicated at a time when no other woman cartoonist was. And she is also a treasure—short and gray-haired grandmotherly in appearance, witty and waspish in her opinions and deft in her drawing. I liked her a lot and admired her skill and talent, both as a thinker and as a cartoonist.

For 36 years, she drew editorial cartoons for the Fort Worth Star-Telegram, where she was a decisively liberal voice on a conservative newspaper. Her last cartoon was published in December 2008, one farewell poke at two of her  favorite targets—President George W. Bush and his cohort, Dick Cheney, the president of vice—as they left office.

The National Cartoonists Society twice named her best editorial cartoonist of the year—for 1982 and for 1998 (this last, mind you, when she was 75, long past everyone else’s retirement age; but then, Etta never really retired).

Apparently Studio Ghibli is closing down. Not much info yet, though.

Three for the movie crowd: Here's an interesting piece about the authorship of the movie Guardians of the Galaxy, getting at gender issues therein as well. And the New York Times recommends some related comics to the movie. Over at the AV Club, a look back at how bizarre the last round of Batman movies became. 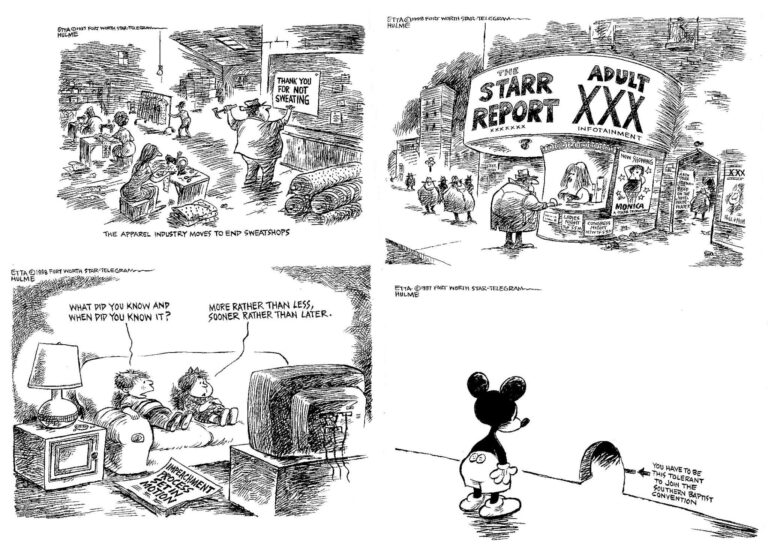 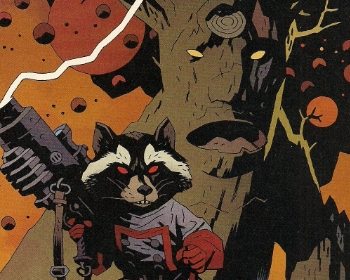