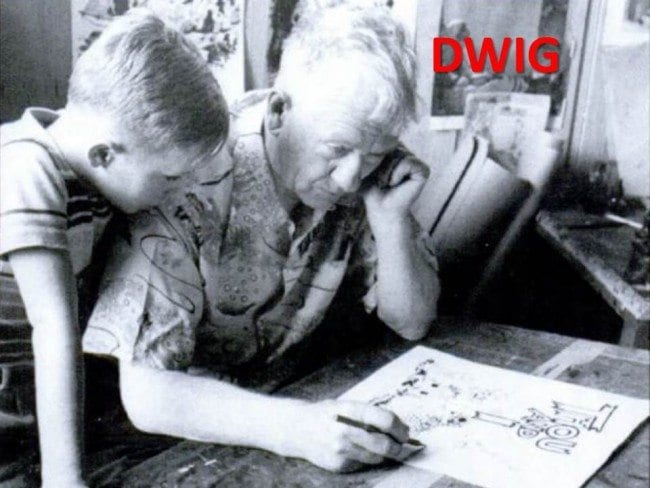 There was a time when childhood in America meant using dead cats at moonlight to get rid of a wart. It meant throwing things at the teacher when her back was turned. It meant firecrackers in ant piles.

Like Outcault's "Kelly" comics, Dwig's half-pages foreshadow Harvey Kurtzman and Will Elder's best work with Mad and Goodman Beaver. There are so many details and gags. It's all combined organically into a tour de force of manic energy and chaos. Note the leering men in the window - they represent the school board and have decided they must do anything to keep the beautiful school teacher from resigning. There's the alpha boy Pip Gint who has set up a Breughel-like contraption in which a fat boy chases a bucket of sweets and powers a ride. Animals, kids, adults swim in a rich soup of words (which in themselves are literary caricatures with mis-written letters, comical misspellings, slang, and invented words).

Who was the masterful artist behind this comic?

For about the first third of his busy and active career, Clare Victor "Dwig" Dwiggins (1877-1958) employed an effervescent, dense and decorative visual style. He also drew numerous depictions of appealing and slightly screwy Gibson Girls, which tied in to his Bohemian take on life. 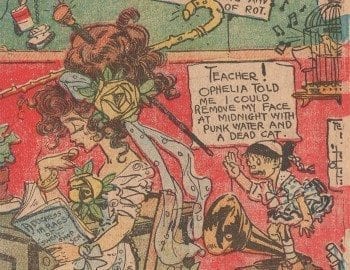 But, around 1913, something happened – and Dwig shifted. The sexy women and screwball exuberance of his work changed to a simpler, less dense, more abstract style. He became obsessed with dwelling in the idyllic past of his small town childhood growing up in the mid-west in the late 1800’s -- putting the names of his boyhood chums into his work, and disappearing into his studio for hours every day to live in simpler times.

Today, these indulgent and loving depictions of boyhood by Dwig can seem cloying and overly sentimental, but Dwig was sincere and authentic in this work. Perhaps one reason his later work fails to connect with many readers today is simply that we did not have the sorts of adventures he did -- digging up dead cats at moonlight to remove one's face with punk water, or tramping around the country with a pack of friends. If he were working today, perhaps Dwig would be turning out a comic strip version of "Freaks and Geeks."

Forgotten today, Dwig was one of the most productive cartoonists and illustrators of his generation. In addition to dozens of comic strip series published in American newspapers, Dwig created interesting and graceful art for hundreds of postcards, books and magazines articles and covers. He was an astonishingly fast and prolific creator. Once, he was working at his drawing table when something suddenly made him leap away from it, and a second later, his cabin studio by an upstate New York lake was struck by lightning, shattering his drawing board! It seems that Dwig was so quick not even lightning could catch him!

Here is a 30-minute documentary about Dwig's art I've made for this column. It represents a version of one-third of "Forgotten Funnies: Images of America in the Comics of Percy Winterbottom, Dwig, and Ving Fuller," a presentation I will be delivering November 10, 2015 at Ben Katchor's New York Comics and Picture-Story Symposium. Many thanks to Jane Davidson for her help and support. 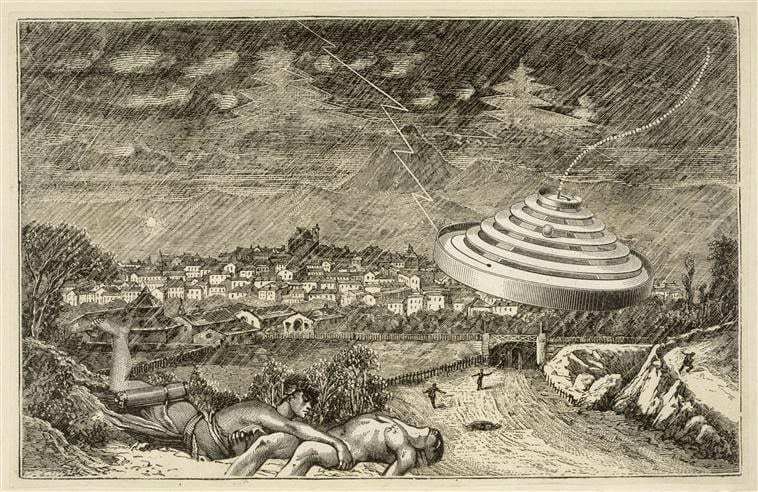 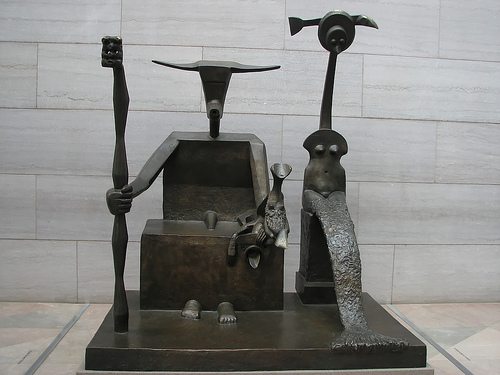