We are a mere 14 days into this newest of years, and already people are suing each other and the supermarket shelves are bare.

In the meantime, there are this week’s links, which you can find below.

• Starting the week with a look back at sales figures from 2021, and wouldn’t you know it that a graphic novel topped 2021’s bestseller list, namely the tenth volume of Dav Pilkey’s Dog Man, an ongoing cultural phenomenon that looks set to continue that trend into 2022, and which shifted over one million units in a year that saw markedly fewer books passing the seven figure mark than in those which came before it. Comichron and ICv2’s annual report is still cooking, but there are some appetizers available, for those yet hungry for more sales data.

• 2022 is coming in hot with comics lawsuits, and The Hollywood Reporter brings news of a fresh round, as William Crabtree, colorist on Invincible’s first 50 issues, is suing Robert Kirkman, alleging that Kirkman and associates fraudulently induced him to abandon copyright interests on the comic, now also an animated series on Amazon Prime. Attorney Devin McRae states in the introduction to the suit that “Fraud and deceit has become a standard business practice for Kirkman and is apparently where his true creative aptitude lies.” Ouch.

• Not specifically comics-related, but checking in with the ongoing supply and logistics saga that is plaguing the publishing industry, as reports of extended disruption due to COVID-19’s omicron variant continue to flood in from both sides of the atlantic, with the European Central Bank predicting at least 6 months of ongoing problems, which is a nice start to the year 2022 AD.

• Auction news continues to set new records in the new year, as two sales topping $3 million dollars took place, with a page of Mike Zeck's artwork for Secret Wars #8 hitting $3.36m, and a counterstamped copy of Action Comics #1 sold for $3.18 - MarketWatch reported on the recent interest in collectible comics as tangible assets following a rash of high profile sales at the end of last year.

• Koyama Provides announced the latest recipient of their grant funding program, awarding $1,500 to Anders Nilsen, which “...will be invaluable in allowing me to realize the fifth chapter of [Tongues]—the longest yet—at the same high level as the rest of the series.” TCJ had further coverage of Koyama Provides’ work this week, details of which can be found below.

• In other grant news, the Billy Ireland Cartoon Library and Museum announced the recipients for this year's Lucy Shelton Caswell Research Award, providing two lots of funding this year due to COVID-related postponing of 2021's award, with Adrienne Resha and Eike Exner each receiving $2500 to support travel to the Billy Ireland to access the on-site collection - full details of Resha and Exner's research projects can be found at the link above.

• Finally in the news this week, Anime News Network shared choice cuts from a recent blog post by Shueisha editor Yūta Momiyama, citing figures from the publisher, as well as reporting from Kodansha, that highlights the recent boom in overseas manga sales, coming in the wake of comments from Momiyama regarding the costs of translating titles for sale in other markets, and the potential for a 50:50 split between domestic and international manga sales in the next decade.

Chris Mautner reviews the sublime patterns of Yoshiharu Tsuge’s Red Flowers, translated by Ryan Holmberg - “There is a romantic and perhaps even mawkish sensibility at work here, but Tsuge manages to deftly belie that through his empathy for the hapless people (and animals) he comes across, and through his sense of awe at the surrounding environment.”

- The gripping dystopia of Jeff Lemire and Jock’s Snow Angels.

- The confusing intrusions of Christofer Emgård and Tomás Aira’s The Secret Land.

- The steamy satisfactions of Johnnie Christmas and Dante Luiz’ Crema.

- The moody meditation of Anneli Furmark’s Walk Me To The Corner, translated by Hanna Strömberg.

Had a chance to draw again for Scientific American on the burnout of healthcare workers are experience right now. It is brutal, and we must do more to support them

Thank you to CD Michael Mrak for the opportunity to draw this pic.twitter.com/UvInS4BSug

Manifestos for days… This week’s interviews.

Tucker Stone interviews Annie Koyama about the work of Koyama Provides, taking the direct route for dispensing grant funding, and the realities faced by those making art and those who wish to help them - “My goals here are to bring attention to the need for financial help for artists everywhere, to support projects that would not see the light of day otherwise, to enable people to try something new and hopefully expand their worlds and to urge others to pay artists for their time properly. If I can inspire others to do this kind of thing, that would be amazing.”

David Brooke talks to Brian Michael Bendis and Scott Godlewski about Justice League vs Legion of Superheroes, rules for reader-friendliness, and keeping track of characters; and with Warwick Johnson-Cadwell about Falconspeare, vampire lore, diabolic nick-nacks, and and working without a special effects budget..

• Dean Simons speaks with Devin Grayson about Rewild, contemporary musings on the environment and collective insanity, and overcoming story challenges with the help of Karen Berger.

• Zack Quaintance talks to Todd McFarlane about The Scorched, planning for the future, market surprises, and ranking characters.

• Mark Tweedale chats to Christopher Golden and Matt Smith about Hellboy: The Bones of Giants, contrasting work processes, scaling the action, and stretching oneself; and with Rob Williams about The Sword of Hyperborea, story genesis, swords through the ages, and collaborations with Laurence Campbell.

• Elias Rosner speaks with Thom Zahler about Love and Capes: In the Time of Covid and Cupid’s Arrows, webcomics history, Patreon plans, and evolving processes.

- Cliff Chiang about Catwoman: Lonely City, the importance of writing and illustrating a story, slowing down the process, and narrative freedom.

- Ram V about Swamp Thing, the cycle of creative work, the thing about Sandman, editorial responses, and collaborating via Slack.

• Wendy Browne talks to Rob Williams about The Sword of Hyperborea, thoughts on blades, edged MacGuffins, and travelling through history.

I did a comic about Winnie the Pooh being in the public domain. If any publishers want me to do a full book about a vaguely threatening Pooh, please get in touch. pic.twitter.com/KZD0cAjbPe

Watch the fun materialise… This week’s features and longreads.

• Here at TCJ, Bob Levin continues the adventures of Goshkin, this time out examining a recent collection of correspondence from the late S. Clay Wilson, titled Dear Charlie, and the incomplete picture it provides - “Basically, Goshkin concluded, if Wilson was in it, you couldn’t have a bad book, and Dear Charlie was 100-percent him. Wilson treated each card or letter as a work of art. He filled space as he filled panels or canvas, subsuming the blankness to his self. He turned sentences upside down or sideways to ensure no portion of his message escaped expression. He printed with precision, all caps. He tripped on red ink. He varied calendar dates with, say, “D-Day” and “Yom Kippur.” He applied paste-ons and rubber stamps – hearts, bathing beauties, skulls-and-crossbones – to establish mini-collages. Even his postage stamps (Krazy Kat, Wolf Man) demonstrated thought.”

• Also for TCJ, concluding this week’s coverage of the work of Koyama Provides, the creators who have received grants under the program share what the funds have been used towards, and explain what the support means, in their own words.

• Finally from TCJ this week, a quick note that pre-orders for the next print issue of the Journal, #308, are open now, so act accordingly.

• For Solrad, Carrie McClain writes on Kaori Ozaki’s the gods lie, translated by Melissa Tanaka, and its narrative exploration of the responsibilities placed on younger people by the failing of adults in their lives, and the gendered standards such stories involve.

• Women Write About Comics convenes a panel to discuss Mary Worth, and the perfect villain to be found in Wilbur Weston, as well as the strip’s current moment in certain internet circles.

• Over at Sequart, Michael Hoskin continues an exploration of the world of Black Panther, positing reasons that the fictional nation of Wakanda can be compared, geographically and historically, to Ethiopia.

• NoeText Review kicks off 2022’s comics coverage with a celebration of Cam Kennedy’s work within the Star Wars fold, and the joys to be found in the franchise’s (now decanonized) expanded universe; and Hagai Palevsky explores the warped reflections of both iterations of Omega the Unknown, and the mirror to one’s self that can be found in a comic.

• For From Cover to Cover, Scott Cederlund writes on Simon Hanselmann’s Crisis Zone, and why Werewolf Jones et al are the perfect lens through which to view the last couple of years.

• A double bill of singularly focused comics characters on Shefdust as Ritesh Babu writes on the strength of character on display in volume 10 of Naoki Urasawa’s Monster, and Rowan Grover puts forth the argument for Mister Sinister being the most spectacular of mutants.

• The time for best of lists has ended, and thus we enter the age of comics and graphic novel previews for 2022, with offerings from Polygon, Publisher’s Weekly, and School Library Journal, as well as books for older and younger readers from The Beat, and a Canada-focused list from CBC.

• Elizabeth Sandifer’s Last War in Albion continues, and there are recent chapters on the history of Doom Patrol to give context to Grant Morrison’s feted run on the title, and the experimental filmmaking that influenced that iteration of the comic.

• Mike Peterson rounded up the week’s editorial beat, over at The Daily Cartoonist, as laptops supplant classrooms, the GOP struggles along despite itself, and January is getting off to a bleak start in general.

• Over in the world of open-access academia, for Sci, Jiede Wu , Yikang Sun, and Rung-Tai Lin examine the extent to which Peking opera characters can be simplified, when depicted in the comics form, while still retaining audience recognition.

• Kicking off this week’s selection with Publisher’s Weekly’s More to Come looking back at 2021’s various comic book sales figures, which were pretty rosy, all things considered, as well as coverage of publishers selling out and publishers unionizing.

• Mangasplaining got back into the important business of ‘splaining manga, with David Brothers chairing this week’s episode focusing on Go Nagai’s Devilman The Classic Collection Vol. 1, and discussing what constitutes “manga” for the podcast’s remit.

• Don Rosa ushered in the new year with a new livestream, broadcasting from home while also wrangling puppies, and catching up on life and work, plus some bird-watching, and retro games discussion.

• Cartoonist Kayfabe welcomed Bryan Lee O’Malley to proceedings this week, first interviewed by Jim Rugg and Ed Piskor and then joining in with some classic comics appreciation, as pages were turned on X-Men, Generation X, and Generation Next, plus some O’Malley-less looks at Alan Moore on Spawn and the work of Eric Stanton, along with yet more Jim Shooter deposition.

• A few trips up in the Word Balloon this week, as John Siuntres spoke with Warwick Johnson-Cadwell about Falconspeare and shared love of Hammer films, the Geezer team about the book’s crowd-funding campaign and nineties pop scenes, and a general transmedia catch-up chat with Brian Michael Bendis.

• It’s that part of the northern hemisphere’s winter where the post-holidays slump really kicks in, and thus I enjoyed not leaving the warmth of my flat to watch Evan Dahm’s feature-length making-of documentary for Vattu, which includes musings on what it means to be a creator in the age of social media, along with a follow-up audience Q&A regarding the film (which starts around the 3 minute mark).

That’s all for this week, back soon with more (one can only assume) news of further industry lawsuits.

Hello - I drew the tiger! First personal drawing in a good while #YearOfTheTiger pic.twitter.com/RMuouf0K8e 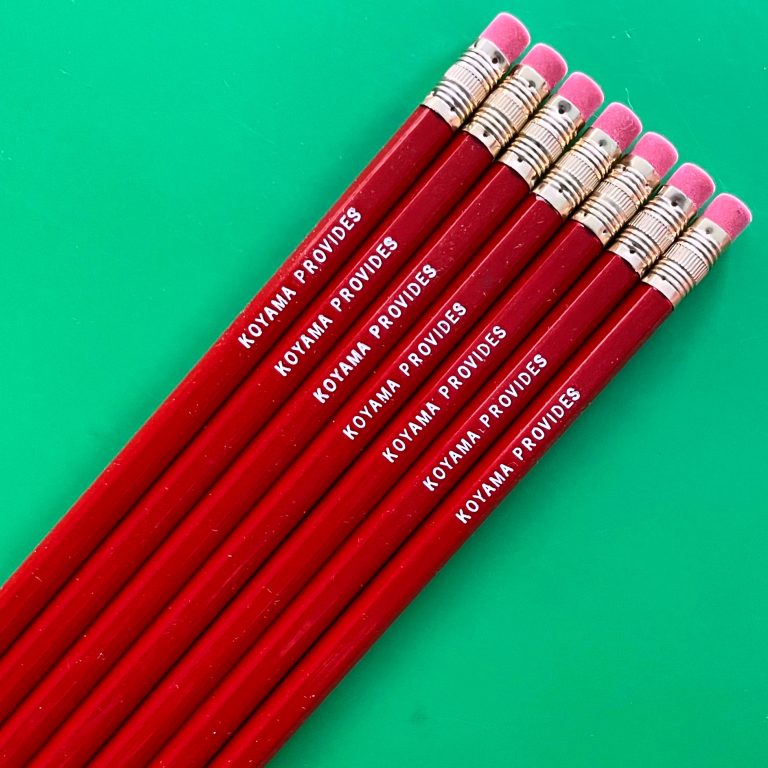 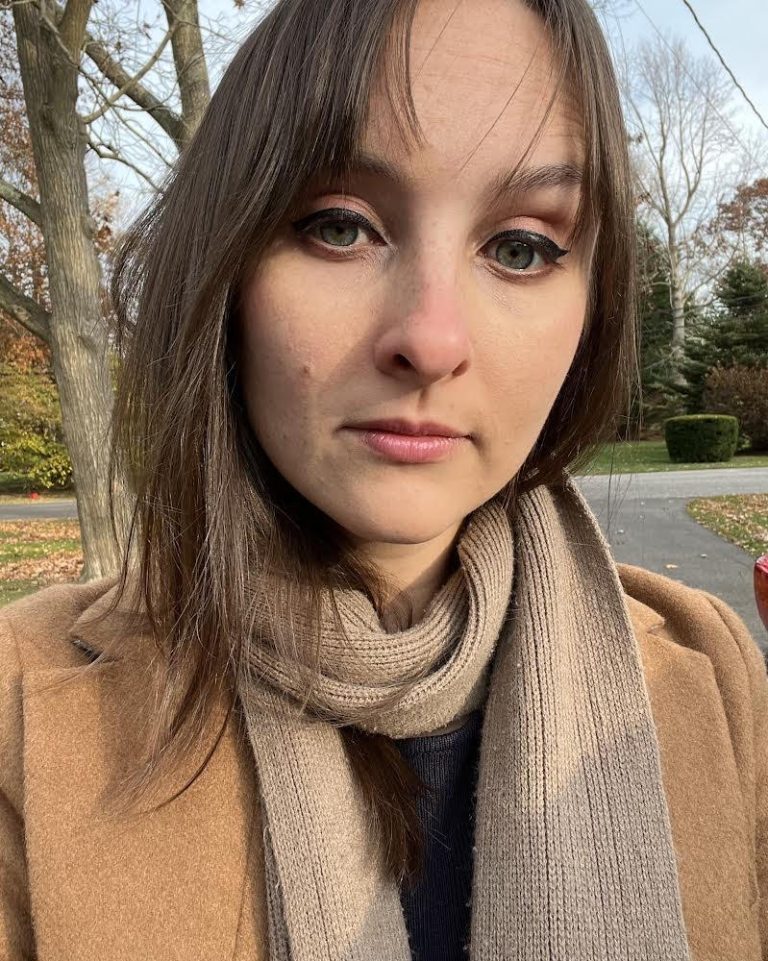 Isolation, Empathy, and Wistfulness: An Interview with Aubrey Nolan