As of Friday 27th March 2020, the epicentre of the COVID-19 pandemic, caused by a novel coronavirus outbreak in late 2019 in the Wuhan province of China, is shifting to the US (with the highest numbers of infections currently found in New York) and Europe (with the highest numbers of infections currently recorded in Italy). Regularly updating global data as to infection rates are available as part of the Johns Hopkins Coronavirus Resource Centre.

Measures put into place to prevent the spread of the virus have caused an unprecedented economic slowdown.This has had knock-on effects to all industries and markets of commerce, due to social distancing and shutting-down of non-essential stores and services. This is not limited to, but has a clear impact on, the comics industry and its surrounding community.

This article seeks to recap recent events that have affected comics creators, publishers, retailers, event organisers, and the wider community, as well as highlight resources that may be of use during this period of upheaval. A quick note to say that, as with any public health emergency, global and local situations change rapidly, as new data become available, and so the first port of call for information on health advice and best-practices should primarily be sourced from local health directives or the World Health Organisation.

As the epidemiological concept of ‘flattening the curve’ - reducing infection transmission to prevent the overwhelming of healthcare infrastructure, and protect at-risk individuals (ie those with compromised immune systems, pre-existing conditions affecting the lungs, and the elderly) - becomes common parlance, the measures put into place by governments have escalated. These have ranged from improving hand-washing practices and stopping individuals from touching their faces, to cancellation of large scale events in the US for the next two months, through to the widespread social distancing/sheltering-in-place directives that are now being implemented. This is not a new practice, by any means, but it’s one that’s now near-universal in its uptake by governing bodies, as COVID-19 cases appear in communities. These directives are undeniably important, as the virus appears to have a relatively long incubation period, and in many cases can be asymptomatic while still contagious (which can lead to rapid spread through communities), but they have also had strong detrimental effects on the comics industry at all levels.

The earliest effect the pandemic had on comics in general was an obvious one; with a number of events having been sadly (but correctly) cancelled or postponed, the latest of these being the Toronto Comics Art Festival, Vancouver Comics Art Festival, and the Chicago Alternative Comics Expo. This last week saw precautionary decisions to use sites that have previously housed conventions (including NYCC’s Javits Centre and various MCM Expo sites in England) as field hospitals for COVID-19 patients, which will preclude their use for events in the foreseeable future. As the pandemic plays out, which is seen to be a fairly long-term prospect, it would likely be good practice to avoid booking non-refundable travel, accommodation, or admission tickets to events that are viewing the early summer as a viable timeframe for North America and Europe. The secondary effect that these event cancellations have had is that creators, publishers, and retailers have lost a large source of their revenue-streams, with conventions, expos, and festivals being an important part of connecting with their market audience - more on how to directly help, with regards to this financial shortfall, can be found below.

As well as event cancellations, the move towards flattening the curve has also had pronounced effects on the direct market, foreshadowed by the indefinite postponement of Free Comic Book Day, leading to a shutdown of shipping of new material by Diamond Distributors. This move was formally announced on March 23rd by CEO Steve Geppi, after the story initially broke on Bleeding Cool (prior to retailers having been notified), with Geppi stating that “Product distributed by Diamond and slated for an on-sale date of April 1st or later will not be shipped to retailers until further notice.” Given the timelines being mooted for the progression of the pandemic, the ‘until further notice’ would not seem to bode well for the direct market, coming just two days after a number of comic stores published an open letter to comic readers regarding the ongoing financial difficulties in retail during the pandemic. As shops are increasingly forced to close their doors to customers, publisher responses have been varied:

• Largely ”silence” from DC Comics, until they revealed their plan to retailers, including return of stock through June 2020, and ‘exploration of a multi-distributor model’ to circumvent supply chain issues, as well as a later confirmation that digital publication would continue;

• Discounts to retailers from Marvel (albeit prior to Diamond’s shutdown) followed by intimations of their own distribution plan and a collating of current mail-order options;

• An open letter to comics publishers from Image Comics’ Eric Stephenson (including provisions for return of stock; again, prior to Diamond’s shutdown);

• VIZ Media will continue to ship titles through their book channels via Simon and Schuster.

The majority of the above is subject to change, given the rapidity with which the situation is evolving, but it’s unlikely that stores will be seeing new monthly-release stock for a while, even with suggestions of alternative supply models raised by the big two. As Drawn and Quarterly put it, “it’s hard to even know… what to plan in this crisis”, but their ‘immediate goal’ is a solid one - to support creators and stores.

As various legislatures seek to assist the rising number of unemployed and jobless individuals, as well as furloughed companies and workers, with the US following various European countries in signing into law a bailout package, there is still confusion as to the extent to which these measures will support freelance creative workers and sole limited companies. This confusion compounds an already stressful situation, as these comprise the vast majority of comics creators, who have already lost a large portion of potential income with the cancellation of events. Given this context, and Fantagraphics’ #StayHomeReadComics initiative, it seems a good time to look at how those who are currently financially able can help individual creators, indie publishers, and retailers, with direct action, while also staying safe.

An obvious, and immediate, way to support all the above is to place online mail-orders of products, via online stores (where available), with a sensible approach to be taken to handling items delivered via mail-carrier or courier - this has always existed, but now is a good opportunity to put the system to work, and a lot of publishers are offering discounted prices on stock. For those who are not in a position to make purchases at this time, helping promote creators/publishers/retailers via social media channels can also be a big help to increasing their sales reach.

As Skottie Young’s comic above demonstrates, you can also support your local comic shop, once monthly deliveries resume, by placing pull-lists/setting up standing orders (making sure to clear them regularly); or contacting them to see if they are offering curb-side pick-ups to facilitate purchases with minimal physical contact, if this is currently allowed by your local health directives. If it's not feasible, or safe, to currently head out for curb-side pick-up, then a number of stores offer the purchase of gift-certificates or vouchers, to be redeemed once you're able to visit again in-person. Comic Shop Locator offers a fairly comprehensive worldwide system for finding your nearest bricks-and-mortar store, and there are a vast swathe of shops using social media to publicise discount offers and highlight back-issue rarities/hidden gems.

Individual comic creators have even more access to support networks, including Patreon, KoFi, and PayPal tip-jars; and a number of artists are running commission drives, so if you’ve ever wanted to own a piece of original art by a particular artist then now’s a good time to take a look at their social media. Similarly, if an artist is running Twitch streams during this period of social distancing, you can subscribe to their channel to kick them a monthly amount via tiered levels similar to those of Patreon. If you have an Amazon Prime account you can also link the two together, and issue one $5 channel subscription a month as part of the package. Twitch was also the site of two online events in the wake of Emerald City Comic Con’s cancellation, Pajama Con and the Very Very Shopping Network, so I’d keep an eye out for more of these happening, as attendees of cancelled conventions and festivals shift their focus to the online audience.

For artists who are still working during the pandemic, a number of creative applications have been heavily discounted, or given subscription waivers, in the short-term. Creative Boom has a good round-up of these, which includes Adobe Cloud and Affinity. The Comic Book Legal Defense Fund has also set up a linkblog with resources for funding and general financial relief offered to businesses during the pandemic.

Ultimately, measures to curb the spread of COVID-19 are likely to be with us for a while, and worry (both financial and personal) is a perfectly natural response to that, although this can be difficult to accept if you’ve never dealt with a generalised anxiety state before. Mental health charities in the UK and the US have made pandemic-focused resource-packs available, with good advice for individuals/families, on coping in the current situation:

On a related note, Emily Gordon (formerly a family therapist) and Kumail Nanjiani (soon to be Kingo in Marvel’s Eternals) have started a podcast, Staying in with Emily and Kumail, that provides practical mental health advice, perspective on freelance work while social distancing, and fully self-isolating due to a pre-existing immunocompromised condition. Any feelings of displaced grief associated with the pandemic are also completely natural, and likely to be shared with others.

It seems cliche to end an article with a Vonnegut quote, but I keep being put in mind of his line from God Bless You, Mr Rosewater, “God damn it, you’ve got to be kind”, and I can’t think of anything else more apt at this time. 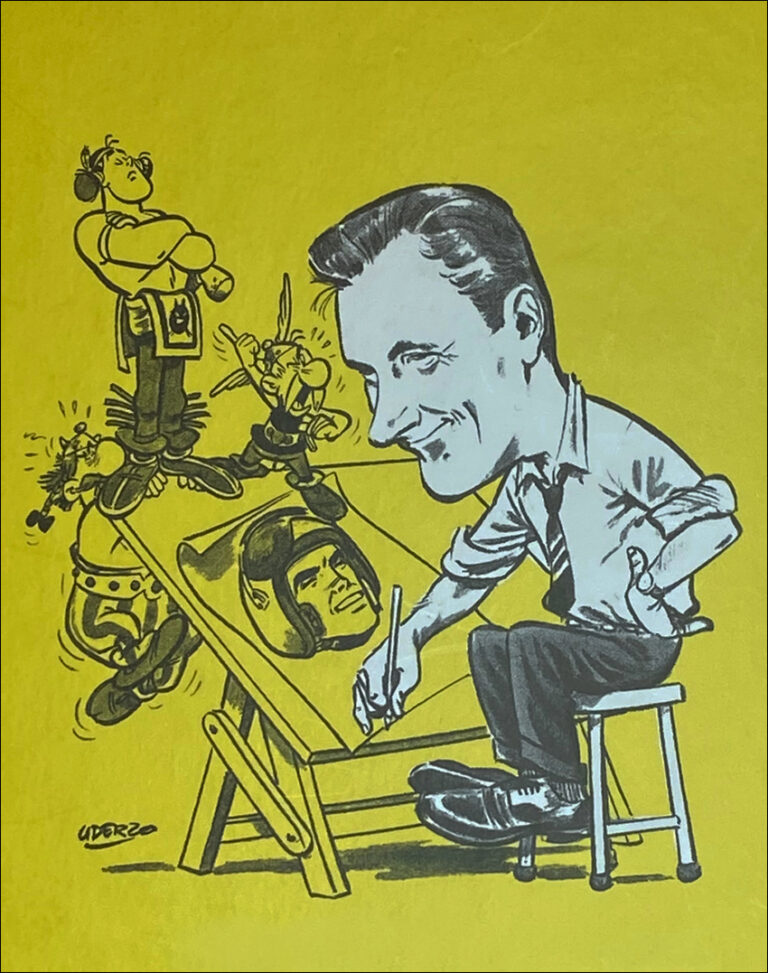 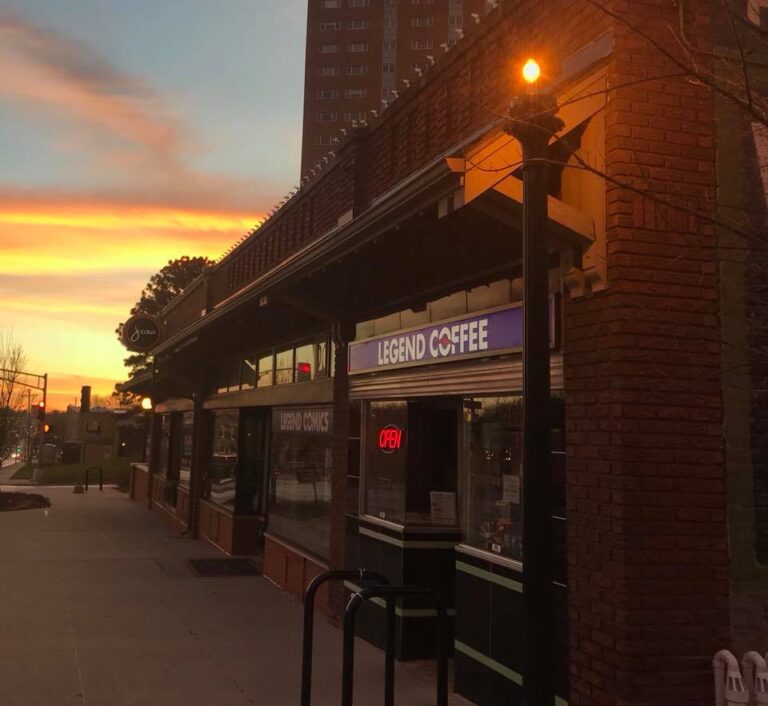