Today on the site, Kim Jooha returns with the third installment of her series on the contemporary Toronto comics scene. This time around, she interviews the artist, cartoonist, and jewelry maker (among many other things) Ginette Lapalme.

Did you watch anime? Or manga?

I watched Sailor Moon. It was on TV. It was dubbed in Canada. I was into Reboot. I don’t know if you’ve seen that before, but it was an early 3-D cartoon about beings who lived in a computer. There were a lot of really good cartoons when I was growing up I think, so I was just way into cartoons. Apart from Sailor Moon, I didn’t see too much anime. I think I caught a few episodes of Dragon Ball Z, but it didn’t feel like it was for me.

Reading manga, I never really had any access to it. My sister was super into it anime; she was into Inuyasha and all these other cartoons that were airing when I was in high school, and I didn’t like those. Even now, I don't tend to pick up too much mainstream manga. I really like My Love Story. It is about a giant high-schooler boy who thinks that every girl that he has a crush on actually likes his best friend instead, because his best friend is super cute. He saves this girl from a subway from a sexual harasser, and they slowly fall in love. Maybe not slowly, but — At first, he has a crush on her, and she has a crush on him. But he doesn’t believe it. He thinks that she’s been wanting to be his friend to get close to his cute best friend. But, they’re actually in love. It’s super innocent. The first three or more of the volumes, they don’t even hold hands. Eventually, that happens, and they make a big deal out of it. Eventually, they kiss each other. It’s very repressed. [Laughs.] But it’s super cute, the way it’s drawn. There’s a lot of funny pages and good expressions. I was into it. It’s also drawn very simply, in a way I like. There are these weird little emoticons-type pages, but I don’t know if I can find those.

Where did you find it at The Beguiling?

I was working at Page and Panel at the time I started reading them. There are only thirteen volumes in the series so it seemed manageable for me.

I know thirteen seems like a lot, but I don’t know.

For manga, it’s not.

Right? There are such longer series that even if they were great, I cannot stay that devoted to it. I was enjoying the first few volumes of 20th Century Boys but when I realized how many there were I gave up pretty early, ha ha.

But it’s a weird pick. Is this the only manga you like?

It’s the only series I’ve read through. [Laughter.] So, I don’t know. I’ve read a few Sailor Moon volumes, but I never picked up all of them.

Also, the editors of the print edition of The Comics Journal have asked us to pass along the following message:

Thank you for your subscription (and your patience). Please send any mailing address updates to customer service at FBI Comix ([email protected]). We will be shipping your copy of The Comics Journal #303 out of our warehouse.

The museum has had amazing exhibits and as you mentioned you have a lot of work from a lot of great people. Do you and others see your role and the role of the museum in doing exhibits like this one with Shermund that it’s important to not just display the work of famous artists, but to explore and reframe the history of comics?

That’s exactly what it is. Believe me, we did not think that when we announced a Barbara Shermund exhibit people would be knocking down the door to buy tickets to come to Columbus to get here. No one knows who that is. That’s part of the point. One of the things that we planned early on when we were moving into this new facility about five years ago was that if we were doing an exhibit of a major artist to try to balance that out in the other gallery with an exhibit of a lesser known artist. For example, the previous exhibit I curated was a Koyama Press exhibit. We did that at the same time as a Mad Magazine exhibit. The general public definitely knows Mad Magazine, but they don’t necessarily know who Annie Koyama is. It was amazing because it brought in these people who were here to see Mad who ended up discovering this whole other thing. That’s always been part of our effort.

The National speaks to French historian Louis Blin, author of a new study of Tintin and the Arab world.

By the time of 1950's Land of the Black Gold, which began serialisation in 1948, Herge was already beginning to be something of a political outlier when it came to interpretations of regional events. “It happens in Saudi Arabia, and it's focused on the Jewish/Palestinian question,” says Blin. “He was paying attention to this question long before anyone else was thinking about it, and he even linked it to oil, which wasn't even a big thing at that time in this region. All the oil was [perceived to be] in Central Asia and Iran.”

Despite pressure from his publishers at various points in his career, Herge was himself largely apolitical, even an anarchist according to Blin, and this was evident in Land of the Black Gold. “He didn't take any sides in the book. There were Jews in it, and there were Arabs in it, but there were no good guys or bad guys. That wasn't Herge's way.”

Unfortunately for Herge, it was the way of publishers in the mid-20th century. When the book was sent for English publication, the British publisher insisted that Jews had to be “good guys,” and that Palestine should be substituted with a fictional country. Rather than compromise his political neutrality, Herge opted to undertake a complete rewrite and remove all the Jewish characters from the English translation. Subsequent French editions have also been based on the English version, and only a few copies of the original, French language, first edition remain. This is surely one of the least publicised cases of historical revisionism in the literary world.

The most recent guest on the RiYL podcast is Liana Finck.

Gorey comes sliding down the banister of Mark Dery’s Born to Be Posthumous: The Eccentric Life and Mysterious Genius of Edward Gorey, not in a tutu but bejeweled, multi-ringed, otter-fur-coated, Lear-ishly bearded, crazy for the New York City Ballet and definitely wanting to live his life this way. “I tend to think life is pastiche,” he said once, or possibly more than once. “I’m not sure what it’s a pastiche of—we haven’t found out yet.”

What shall we call him? A children’s writer who didn’t particularly like children? Gorey produced small illustrated books, booklings, more than 100 of them: black-and-white pen-and-ink drawings of serrated quaintness, elaborately crosshatched, with accompanying text—some prose, mostly verse. Children suffer greatly in these works. They are sold on the street or carried off by eagles. As in Lear’s limericks, many of which function like little torture machines (Till at last, with a hammer, they silenced his clamour), absurdist violence is everywhere.

Perhaps the thing that defines Steinberg more than anything is his sense of play. Take, for example, the manner in which he constantly turned words and language into visual objects. A man contemplatively holding a question mark. The word “help” perilously falling off the edge of a pier. A lanky, mobile “yes” coming up against a brick-like, thick “no.” This is not a text as we traditionally think of in comics, even when considering the sound effects and onomatopoeia that dot superhero comics. Words gain a concrete heft in Steinberg’s world but in service to a simple idea or even straight-up gag. Sometimes the joke is elusive and ethereal — known perhaps only to Steinberg himself — but it is always clear to the reader that the joke is there. You might just not be getting the subtext.

When Sergio García Sánchez, a Spanish comic-book artist, was given the opportunity to fill a whole room in a museum, he turned to his iPad and decided to sketch, in black-and-white, a single day in a bustling city. The result, produced entirely on an iPad, stretches almost a hundred feet long by five feet high, and just opened at the Centro José Guerrero, in Granada, Spain. 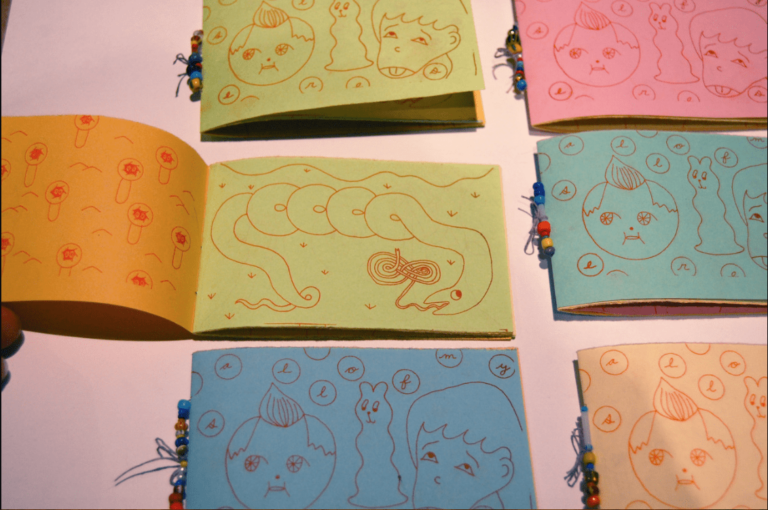 “It’s Not Unique to Make a Plastic Fruit That You Want to Wear”: An Interview with Ginette Lapalme 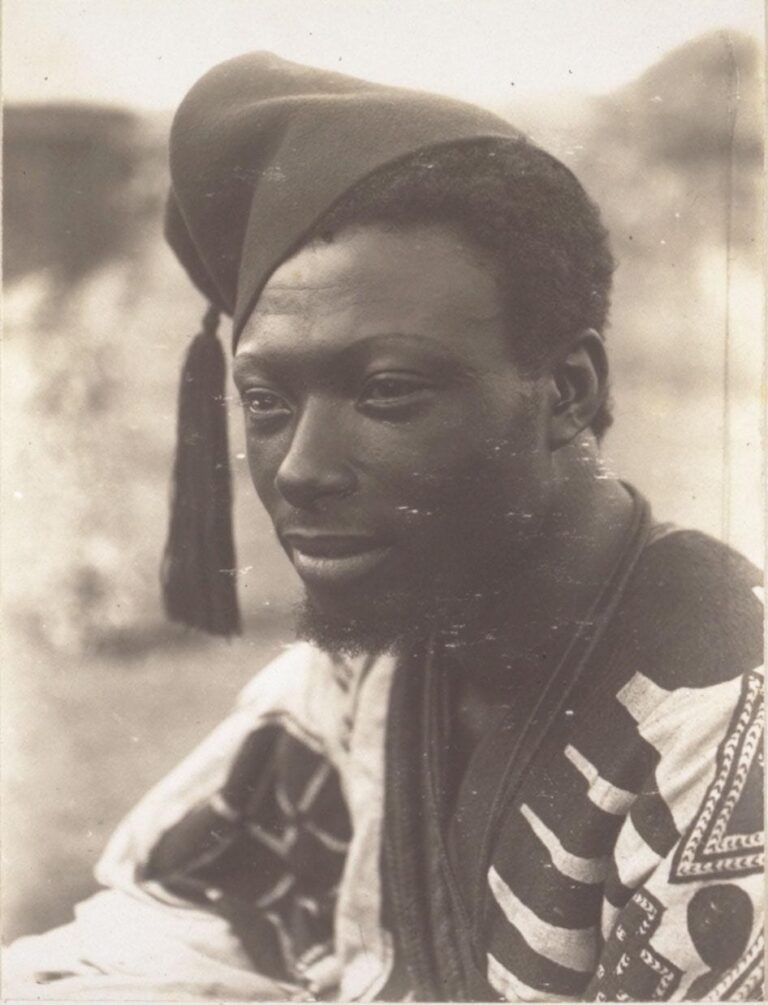