A not especially salubrious week for the Big Two, but then when has it been in recent memory, if we are completely honest. Oh, to be a young, upstart publisher in the springtime, instead of a goliath of corporate hegemony, je nais se quois.

Still, there are lashings and lashings of links to be had from across the comics spectrum this week, as always, so get to clicking, why don’t you?

Here's the comic I made between shellings (every word I describe my life with now somehow sounds 10 times more dramatic than I feel it is)https://t.co/NuLXkfWwAR

• Starting the week with news from Japan’s Ministry of Foreign Affairs, as the winners of the 15th annual International Manga Award were announced via online ceremony, with this year’s gold award being given to Aimée de Jongh’s Days of Sand. Japan’s State Minister for Foreign Affairs, Ms. Suzuki Takako is quoted as saying that “Japanese manga blossomed greatly in the peaceful life after WWII, driven by the desire for free expression activities, and now once again, we will awaken the heart of peace and encourage new creation,” as two Ukrainian creators in the silver award category were unable to attend due to Russia’s ongoing invasion of their home nation.

• Looking now to the House of Ideas, and Jason Aaron apologised for “...the ill-considered decision to give a character [in King Conan #3] the name of Matoaka, a name most closely associated with the real-life Native American figure, Pocahontas,” with the character’s name and design to be changed in subsequent releases and reprints of the comic.

• Meanwhile, Marvel’s parent corp, the Walt Disney Company, also came under heavy criticism this week after the company’s records of donating to legislators behind Florida’s ‘Don’t Say Gay’ bill came to light, and Chief Executive Bob Chapek’s assertion that “corporate statements do very little to change outcomes or minds,” when questioned on the company’s silence on the matter, somewhat unsurprisingly, didn’t assuage the anger from comics creators, animators, and human rights groups.

• Crossing the aisle, and The Beat reports on DC’s moving offices to Frank Gehry-designed The Pointe, shifting to an open-plan/hot-desking setup, with an employee quoted as saying that the latter aspect “sucks,” and, having returned to the office myself this week, that is a take with which I find it hard to disagree.

• Publisher’s Weekly covers the ongoing domination of the lucrative children’s book market by graphic novels, as Dav Pilkey’s Dog Man and Cat Kid Comic Club series continue to represent an industry in their own right across sales figures from 2021, with ICv2 backing this trend into 2022, from anecdotal evidence.

• Koyama Provides announced the latest recipient of their grant program, awarding $1,500 to Megan Kelso which will provide travel costs to the Schulz Museum for research while “...writing an article about 1990's Peanuts—about how Schulz's craft evolved in the last decade of his life. His project of experimentation and self-exploration with Peanuts lasted until he died. The personal part of the article relates to grieving my mother's death, and how reading those late period Peanuts served as a window into the end of life.”

• In memoriam, this week, remembering those the comics world has lost, and ICv2 has an obituary for comics scholar and collector George Olshevsky, instrumental in indexing Marvel titles in the 1970s and 1980, who passed away at the end of last year, aged 75 - Tom Brevoort wrote on the importance of Olshevsky’s indexing work back in 2015.

Inside this week’s issue of The New Yorker: https://t.co/0OmP9Ct6J8 pic.twitter.com/Cx1dUs4etv

All ye know on earth… This week’s reviews.

• Keith Silva reviews the flaccid resurrection of Garth Ennis, Henry Flint, et al’s Hawk the Slayer #1 - “Unfortunately, the female characters are little more than plot devices. Bella gets to free a mysterious “prisoner” locked in a dungeon whom her companion, Sister Jessica, fears due to “those terrible eyes of his, peering at me.” Bella also gets to crack on Sister Jessica’s “big man-crushers [she’s] got up front there.” Women body shaming other women, how medieval.”

• Leonard Pierce reviews the niche delights of Jon Chad’s Pinball: A Graphic History of the Silver Ball - “Visually, Pinball can be hit or miss. It’s very text-heavy and because it’s a comic and not an animated cartoon, it often tells rather than shows, and is weighed down by the generic lettering and captions that sometimes intrude on the art. On the other hand, Chad is a gifted caricaturist, which gives his figures lots of appeal, and his recreations of classing pinball machines is both comprehensive and engaging, giving the reader a real sense of why the game is so exciting in action.”

• Zack Quaintance reviews the cohesive crossover of DC Comics’ Trial of the Amazons #1.

Andy Oliver reviews the hopeful protests of Myfanwy Tristram’s Sorry for the Inconvenience… We Are Trying to Save the World, the complex absurdism of Scott Finch’s The Domesticated Afterlife, the eerie opening of Jeff Lemire and Dustin Nguyen’s Little Monsters #1, and the atmospheric tensions of David Allison's Not Because of the People.

- The handsome production of Martin Vaughn-James’ The Projector and Elephant.

- The expressive freshness of Laura Gao’s Messy Roots: A Graphic Memoir of a Wuhanese American.

- The amusing delights of Matt Phelan’s The Sheep, the Rooster, and the Duck.

Alex Dueben interviews Ariel Bordeaux about Clutter, childhood comics allegiances, retrospective plasticity of attending art school, post-graduate studies, and turning a thesis into a book - “I was teaching myself how to draw comics. I got a lot of comments about my style being “ugly”, which was funny at first, but it kind of got to me, and I started working on developing a ‘less ugly’ style. When I started No Love Lost, I got some stylistic advice to try out some of Julie Doucet’s drawing tricks, like thicker brusk strokes, patterns in the background, which I ended up taking far too literally and ended up trying – and failing miserably – to ape her style.”

Daniel Berlin speaks with James Tynion IV about expanding the storytelling scope of licensed characters to engage new readers, and trying to maintain fandom in the long-term.

Travis Clark talks to Christopher Priest and Joe Illidge about the return of Xerø, how a DC book becomes creator-owned, and poor editorial experiences.

Eleanor Wachtel interviews Rutu Modan about Tunnels, familial professions, Israel's history with the comics form, speaking with strangers, and reflecting the reality of the West Bank.

Terry Gross talks to David Sipress about the origins of his most popular cartoon, writing about memories, and the guilt associated with having a fun career.

Shaenon Garrity interviews Rhea Ewing about Fine: A Comic About Gender, understanding the joy of the gender spectrum, and the decade-long process of developing the book; and Julie Doucet about Time Zone J, the sincerity of youth, the 80s zine scene, and the difficult of starting afresh.

Wendy Browne talks to Casey Gilly and Joe Jaro about Buffy the Last Vampire Slayer, history with the source material, and keeping a sense of humour in the darkness.

Heroes everyone… This week’s features and longreads.

• Here at TCJ, Austin English coordinates remembrances of writer, editor, and cartoonist Anne D. Bernstein, who passed away last month - “[Alan Kaplan, her partner:] The hope of creators, in any field of art and expression, is to create a work that can touch the life of someone who experiences it; something unique and unforgettable. That criterion, more than other factors, defines a masterpiece. Anne, in her many pursuits, can be seen in this light. She wanted to create things that would be long-lasting; works of integrity, consistent standards, and of the highest quality.”

• Over at the New York Times, Sophie Kasakove covers the wider cultural battle over the education of young people in Tennessee in which Art Spiegelman’s Maus is currently embroiled, while Janaki Challa writes in remembrance and celebration of cartoonist Barbara Shermund and the spiked satire embodied in her work.

• Also covering the Maus furore, for Artforum, Dan Nadel writes on the context and importance of the book in the wider comics canon, and the history of Spiegelman’s work that led to its publication.

• A double header from Chloe Maveal at NeoText Reviews this week, examining the various bodily fluids and dollar signs that comprised the Eros Comix line, and celebrating the enduring weirdness of Shaky Kane.

• Over at Shelfdust, Leo Healy writes on the schlocky joys of Pat Mills and Ramon Sola’s Flesh, and T. Trewhella contemplates the layered existentialism of Alan Moore and Gene Ha’s Top 10 #8.

• For From Cover to Cover, Mike Baxter pens an ode to one of the few good billionaires, Scrooge McDuck of the Clan McDuck, and charts the frenetic history of Disney’s licensing of its cartoon characters to comics.

• Joe Muszynski’s Never-Ending Road to Ragnarok continues, over at Sequart, as The Mighty Thor #269 sees fights take centre stage, while the letters pages take readers on a journey of a horological nature.

• 1998. France hosts and wins the World Cup. Wolverine hosts an inspection from the Board of Education.

• Checking in on the world of open-access comics academia, and Ocnos Journal of Reading Research has papers by Noelia Ibarra-Rius and Josep Ballester-Roca on the increased acceptance of comics study as a valid form of educational focus, Manuel-Jesús Maldonado-Lozano and Myriam Gutiérrez-Zornoza on comics reading as an intervention strategy for young people in residential foster care, and Emma Bosch on the intericonicty of recognising what is depicted in the panels of a comic, while Nicolas Labarre writes for Image & Narrative on the comic book adaptations of Clive Barker’s writing and the establishment of a collective graphic style therein.

• Mike Peterson rounds up the editorial beat, for The Daily Cartoonist, as Russia’s invasion of Ukraine once more dominated proceedings.

Batman is a sucker for another guy in a cape! #spawn #batman ⁠ pic.twitter.com/NGxE9NuRJ0

• Catching up with recent meetings of the New York Comics & Picture-story Symposium, as (virtual) talks were held on Will Eisner’s work as a comics educator, the making of documentary Drawing Life with George Booth, and the comics of Clara Bessijelle.

• A fresh batch of Cartoonist Kayfabe, as this week, Ed Piskor and Jim Rugg took a look at Charles Brownstein’s Eisner / Miller interview, Gibbons x Mignola x Nowlan on Aliens: Salvation, Larry Hama and Mark Texeira on Sabretooth, and Amalgam Comics’ Dark Claw mash-up, plus some Harlan Ellison testimony following the infamous TCJ interview, and a less infamous (if only due to recency) shoot interview with Ed Brubaker.

• A couple of trips up in the Word Balloon with John Siuntres this week, as Ramón K Pérez joined proceedings to discuss Stillwater and twenty years of Toronto’s RAID Studio, and Stewart Kenneth Moore chatted about PROJECT MK ULTRA and the nefarious work of the CIA.

• Dan Berry returned, thus allowing people once again to Make It Then Tell Everybody, as Boum kicked off a new series of chats espousing the benefits of hourly comics, and background drawing cheats using the Sims.

• Ronald Wimberley joined David Harper for this week’s edition of Off Panel, talking about the crowdfunding project for GratNin’s print edition, and the story’s origins, along with his own origins in comics-making.

• Publisher’s Weekly’s More to Come team discussed the hot digital comics topic of the day this week, namely, comiXology’s integration into Amazon’s proprietary systems managing to annoy nearly every party involved in the whole deal, with the exception of Jeff Bezos, one presumes.

• Gil Roth celebrated the tenth birthday of The Virtual Memories Show, welcoming David Sipress to proceedings to discuss What’s So Funny?, and the influences and developments gained through a career in cartooning.

One Punch Man Commission! I thought about this composition for about two years? Thanks to the commissioner for their patience! pic.twitter.com/mRKv3BlbEu

That’s your lot  for this week, more linking to be had soon at a prearranged time in the future. 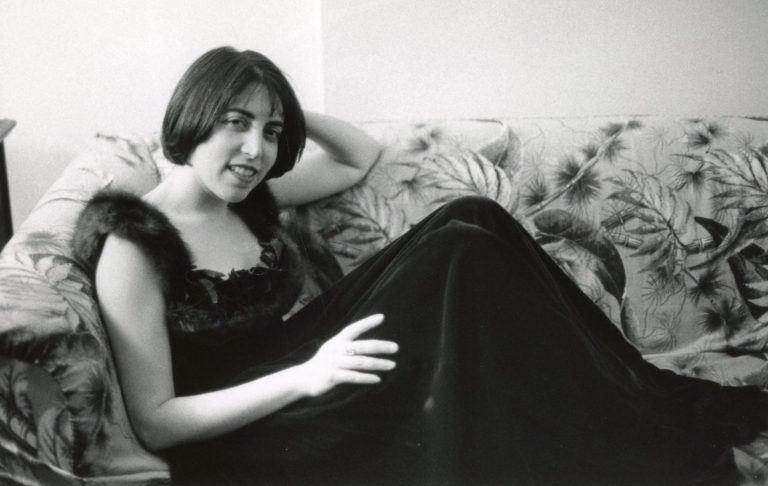 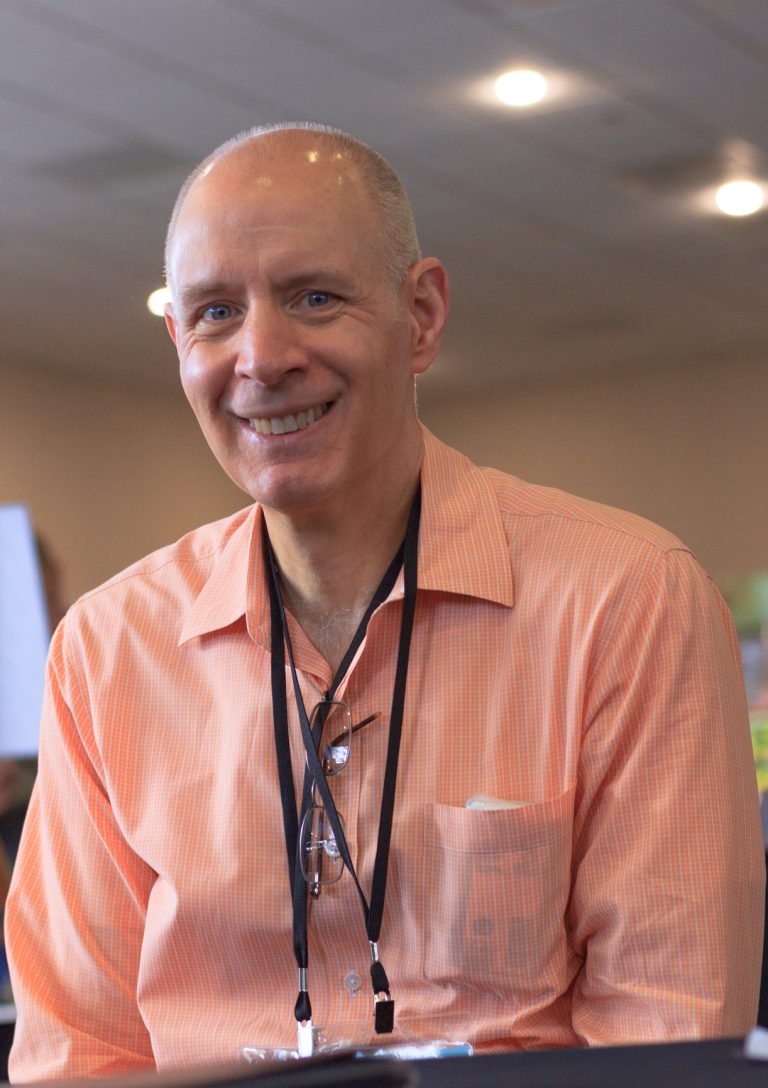 Catching Up With Mark Schultz