Tom Spurgeon, whose calm, generous, ironic editorial voice at The Comics Journal and The Comics Reporter guided readers through some of the comics field’s most tumultuous years, died Nov. 13 at the age of 50. He was an industry commentator who made readers feel he was their friend, as evidenced by the outpouring of grief and reminiscences on the web immediately after his death was announced.

Spurgeon was born Dec. 16, 1968 in Muncie, Indiana, and was quickly immersed in the smell of newsprint. His father was an editor at the Muncie Star Press, and Spurgeon and his brothers Dan and Whit helped their dad select strips to run on the comics page. (They introduced The Far Side and Calvin and Hobbes to the Star Press readership.)

Spurgeon graduated in 1991 with a BA degree in History and Politics from one of the country’s oldest colleges, Washington and Lee University in Lexington, Virginia. Those who picture Spurgeon’s biography following a straight line from his comics-editor father’s living room to a career in comics journalism may be surprised to learn that he spent the next two years in Evanston, Illinois, studying at the Garrett-Evangelical Theological Seminary, which describes itself as “a servant seminary that prepares bold spiritual leaders who are public theologians.”

When he left the seminary in 1993, however, he took a position not behind a church pulpit, but in the presumably less spiritual world of a QVC Home Shopping Network warehouse. He remained in this limbo for a couple of years, but along the way, Spurgeon had acquired enough freelance newspaper experience to successfully apply for an editorial post at The Comics Journal. In a 2016 interview for TCJ, Spurgeon told Tim Hodler, “I was probably one of the last employees who went to work for Fantagraphics in part because I wanted to be with people who got my jokes. I was pre-Internet, a solitary comics reader, and the thought of working on a magazine I enjoyed about a subject I loved was way more appealing than watching people sniff underwear at a Home Shopping Network warehouse.”

Spurgeon edited The Comics Journal from 1995 to 1999, but it was a permanent turning point for him. The position introduced the “solitary comics reader” to a comics reading public that shared his tastes, and he formed an unshakeable bond with these readers despite editing the field’s most controversial and infuriating magazine.

Spurgeon came on board as managing editor, eventually also taking over the role of news editor. Co-publisher Kim Thompson described Spurgeon’s Comics Journal tenure for the Fantagraphics oral history We Told You So: Comics as Art: “Tom was one of the good Journal editors. Smart, knowledgeable, a hard worker, not a sociopath. Really, there was a period there in the ’90s where ‘not a sociopath’ was one of the major criteria we set ourselves in trying to recruit Journal editors. Often we’d fail to meet it. But Tom gave us a half-decade of blessed relief.”

During that half-decade, Spurgeon had a major impact on the magazine’s tone and content, making it more accessible to a wide range of comics readers, inviting more European and small-press comics to the party, and winning multiple industry awards, including four Eisner Awards and an UTNE Independent Press Award.

Speaking in We Told You So, Spurgeon said, “I think Eric [Reynolds] and Greg [Stump] and John [Ronan] and I were able to give the Journal a sensibility more in line with modern comics.”

Spurgeon told Hodler, “I owe [TCJ Publisher/Editor Gary Groth] the general shape of my life if not more than that, really.”Spurgeon was in the right place at the right time to cover comics’ emergence in bookstores and to help guide the mainstream press as it became increasingly curious about the literary value of comics. Spurgeon’s influence on the magazine was all the more pronounced, because his editorship coincided with a period when publisher/editor Gary Groth was preoccupied with other publishing matters and less directly involved in the magazine than he had been previously.

In We Told You So, Groth remembered, “He took on more work as I became more sidelined and he did a hell of a job keeping things running.”

While at the magazine, Spurgeon also edited The Collected Pogo and early volumes of The Comics Journal Library anthology series for Fantagraphics Books.

Spurgeon left the Journal in 1999 to launch a comic strip for King Features called Bobo’s Progress with artist and longtime friend Dan Wright. The strip began with a focus on a troupe of anthropomorphic animal musicians, but it evolved in a direction that finally gave Spurgeon an outlet for his seminary background: The animal characters, inspired by their own philosophical conversations, formed the Wildwood Community Church “half a valley over from the middle of nowhere.” Re-titled Wildwood, the strip continued to offer a gag a day, but was anchored by the interaction between the church’s genial bear pastor, Bobo, and the more secular rabbit, Lenny. Wildwood ran in about 80 papers from 1999 to 2002.

Spurgeon continued to write as a freelancer for various outlets, including TCJ, the Seattle alternative weekly The Stranger, Feed and Suck.com, but his biggest projects were undertaken with journalist Jordan Raphael: The two co-wrote a 2003 biography of Stan Lee called Stan Lee and the Rise and Fall of the American Comic Book. In 2004, Raphael helped Spurgeon design and launch The Comics Reporter, a comics news site that reflected Spurgeon’s catholic tastes in comics and made him a regular presence in the daily Internet rounds of legions of comics fans for the past 15 years. He welcomed contact with his readers and posted his phone number on the site. The Comics Reporter received Eisner awards for Best Comics-Related Periodical/Journalism in 2010, 2012 and 2013. According to Karen Green of the Global Webcomics Web Archive, members voted to archive the site so that it will continue to be available to readers.

While keeping up regular posts at The Comics Reporter, Spurgeon wrote a book on The Romita Legacy for Dynamite Entertainment in 2011, and in 2015, he took on the executive directorship of Ohio’s Cartoon Crossroads Columbus, a four-day comics festival operated in partnership with the Billy Ireland Library at Ohio State University.

Despite all his accomplishments, Spurgeon was more than modest; he was often self-deprecating. He was quick to point out his own flaws and failings, even exaggerating them. He had an appreciation of the absurd and a dry, observational wit that stealthily pulled laughter from his readers and friends, but to the extent that it had a target, it was most often at his own expense. His Twitter page is headed by a vow to “save this comics industry to the ground.”

Describing his role as director of the Crossroads festival, he told Hodler, “If I'm not on a committee, I'm being directed by a committee to do something or I'm in the room ex-officio offering advice and perspective based on the two-plus decades of ruining my life by paying attention to comics in its entirety.” In response to Hodler’s characterization of Spurgeon’s Comics Journal editorship as “important and popular,” Spurgeon replied, “That's nice of you to say, but I'm not sure my tenure was remarkable unless you're a typo-fetishist.”

He publicly confessed to feeling shame at his weight, was frequently critical of The Comics Reporter for its failure to live up to his ambitions and expressed contrition for having failed to fulfill a journalistic project that was to be funded by donations on Patreon. He maintained such a politely friendly equanimity that it was difficult to tell when his feelings were hurt, but he was stung by a series in the print Journal that criticized web journalism, including his own Comics Reporter.

In We Told You So, Spurgeon self-critically described his days at the Journal: “None of us could line-edit or proofread worth a damn, and we always ended up after every issue with a stomach ache because of things we could have done better …” Spurgeon was himself co-author of the often confessional oral history. He expressed regret that he had had to bail out of the book before its completion.

But one of the effects of Spurgeon’s abashed manner was that it made people comfortable around him in print and in person. In confessing his own failures he took our own sins — our procrastinations and inadequacies — onto himself. If such an admired public figure could stumble, maybe our own screw-ups weren’t so bad. Instead of judging people for their flaws, Spurgeon, perhaps as a holdover from his seminary training, made them feel valued, significant. Posting on his High-Low blog, Journal contributor Rob Clough wrote, “That was one of the things about Tom Spurgeon that made him so widely read and, if not universally beloved, then at least universally appreciated: Everyone in comics mattered to Tom, because comics mattered to Tom.”

The Comics Reporter ran a regular feature called Five for Friday, in which readers were invited to respond to a question of the week with five possible answers. Comics journalist Heidi MacDonald paid tribute by asking readers of The Beat to contribute their five best memories of Spurgeon, which prompted a flood of responses. TCJ is also posting a series of tributes to Spurgeon by people who knew him. As Spurgeon used to say on The Comics Reporter, “Go. Look.”

As one of his five memories, Cartoon Art Museum Curator Andrew Farago listed, “His ongoing commitment to finding out who needed help or monetary support in his People, Places In Need Of Funding he did daily was inspiring. He used his platform to bring to attention the difficulties, financial or otherwise, that cartoonists are facing.”

On The Comics Reporter, Spurgeon also urged readers to write to creators and let them know how their work had impacted readers. A recurring theme in the posted responses to his passing was regret that the poster had never written such a letter to Spurgeon, never let him know his own importance in his readers’ lives.

At the end of his “All of These Things That Have Made Us” essay, written following his hospitalization in 2011, Spurgeon wrote, “When I die, I may or may not be remembered by a larger group of people for a moment or two. A smaller group of people will keep me with them for a longer while. Eventually those people will die as well, and I'll truly be gone. It's more than enough. People come to comics because they want to matter, but in every way that's important they already do.”

Spurgeon is survived by his mother, Sandra “Sunny” McFarren, and brothers, Dan and Whit Spurgeon. A public memorial will be held Dec. 14 at 5 p.m. at the Billy Ireland Cartoon Library and Museum at 1813 N. High St. in Columbus, Ohio. 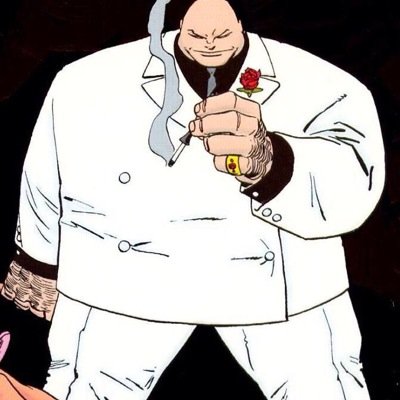 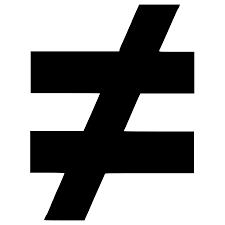