The Otherknown: A sci-fi webcomic about “friendship & found family in space,” follows a young girl named Chandra and her wealthy jewel-magnate aunt on a business venture and also perhaps a time-travel conspiracy...? The two prove to be strong leads, with adorably sweet Chandra trying to seek out friends and clever Ajupris manipulating corporate politics to attain a powerful mineral. Like most webcomics artists, Lora works digitally and while her art is clean and tightly lined, an aspect that sometimes strain the eye, there is a softer, painterly dimension she applies to her coloring that acts as a tasteful counterpoint to the tidy inking. Colorful light sometimes flows across environments or cuts harshly across figures, dropping cool, vibrant shadows. Lora’s storytelling focus is charmingly whimsical as it follows Chandra’s innocent quest for friendship, but is grounded in the danger as she gets wrapped up in the drama of her aunts career. Lora just finished her third chapter and hit a major twist/climax which was implemented in a jarring but exciting way. With her sense of pacing and strong hold on these two contrasting leads, I’m quite curious to see where she takes this plot. 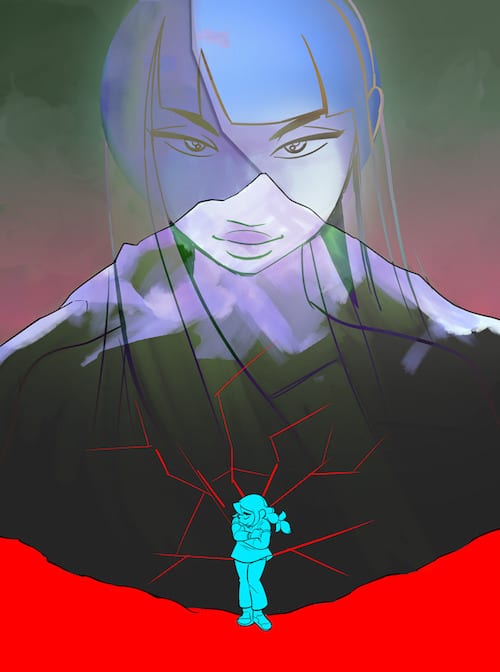 Knights-Errant: An “epic political drama about gender, race, and religion” that follows a vagabond as they become entangled in a medieval power struggle. This webcomic was drawn for several years before being narratively and visually rebooted and is all the better for it. Jennifer Doyle retains an organic feel to their digital manga-esque art by not letting the inks get too artificially stiff and by the shrewd application of textures to push and pull tension and depth. They also have a strong eye for moody, limited palettes that makes the more minimally-composed scenes punch hard. Though we haven’t gotten too deep into the characters' minds and pasts yet, the cast and their dialogue is charismatic and mysterious. Definitely a story to keep an eye on. 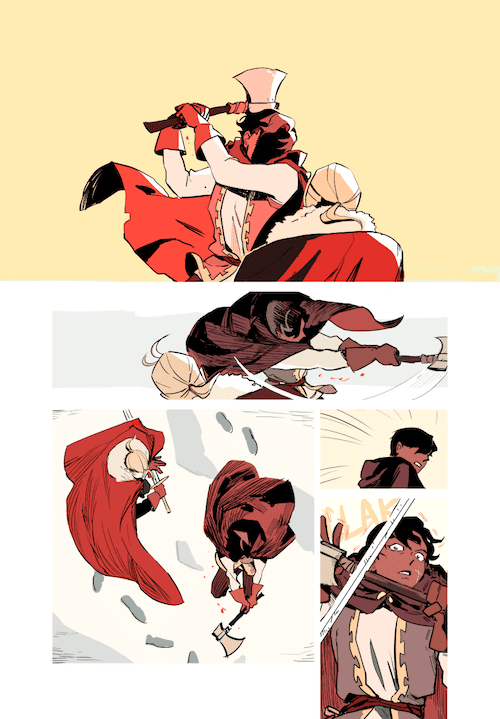 Feast for a King: An intensely wild and wormy sci-fi adventure comic that moves at breakneck speeds while looping back in on itself and then sideways. Kosmic, the artist, draws at a mangaka’s clip, sometimes clocking in with hundreds of pages a month. The lines are the proof: they’re improvisational and immediate, vigorous and unhesitating. Watching this story take shape (now on page 4085) has been inspiring and terrifying, with Kosmic throwing narrative rules to the wind and nesting flashbacks into another character's flashbacks into someone else’s dreams into someone else’s memories. Who does that?! The digital cartooning itself has developed at a fantastic rate as well, going from scratchy single-weight lines to lively, confident strokes.

The characters, often drawn in both a cute 'chibi' manner to offset the more serious base style, jump straight into your mind's eye, and everything between panels is easily stitched together as if the characters are in motion on multiple internal and external levels. Everything is vivacious. Limited dashes of color break into black and white art in exciting ways and soft-shaded or blurred and painted renderings often interrupt the starker linework, signaling events or foreshadowing characters. Four thousand pages in and we’re only just starting to broach the underlying plot in this multi-planet stage full of too many interesting characters to count. I know the archives can be daunting but almost every page has something compelling that Kosmic has executed visually and when they dive into their first hyper-decompressed sequence of a cyborg rescuing someone by parkouring for, like, twenty-five pages over bloodthirsty worms? It makes it all worth it. 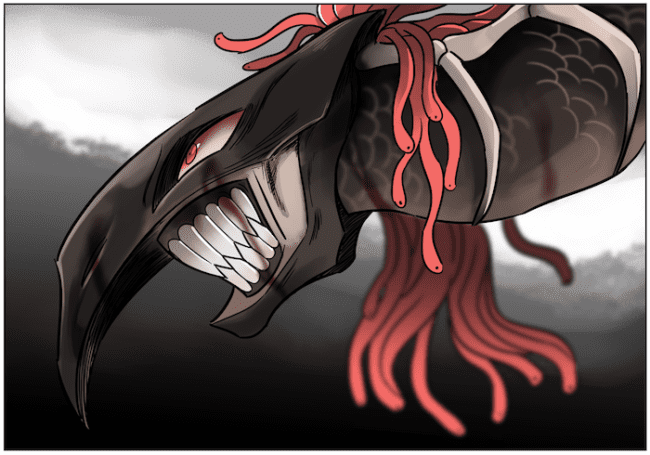 Sfeer Theory: A fantasy webcomic by longtime collaborators Alex Singer and Jayd Aït-Kaci. This comic duo is well-known for their fantastic stories, charmingly overstated character designs and polished, digitally drawn comics that have a refined elegance in their execution. Sfeer Theory is one of their longer-running stories and centers on Luca, an immigrant working as a lab tech at a prestigious magic academy during a politically-charged era. There’s a lot of intrigue and fun volatile interactions that Jayd’s character art drives home with fittingly overblown body language and acting flourishes that enliven conversations. They also have a fairly large backlog of one-shot comics, illustrated short stories and novellas that you definitely shouldn’t miss out on.

Bitch Planet: DeConnick and DeLandro's SF women-in-prison comic has somehow reached the heights of popularity, which might be unexpected given the actual middling quality of the work if it weren't for the presence of the ever-likable DeConnick. The series is a mishmash of dystopian tropes and fun buzzwords that are easy to latch onto, but despite having most of the trappings of the genre mix it's going for, there's little excavation of the exploitative nature it is pitched to have, either in story or art. The white grain is without finesse, gradient of Photoshop halftones and poorly leveled ink work that washes out the black and makes for anemic images with little charisma. When DeLandro's figures are solidly inked or cast in a generous shadow they work especially well but something about the way he suggests faces with blotchy, blunted lines or slurs the features with open linework is hit or miss. For example, the money shot with Kylie taking a headshot in #10 looks halfhearted at best, with no shadows on the ground or energy in the stances, just a well-done but barebones contour of shape. Where’s the bite of exploitation, the color, the style? The story itself seems forced, with the main cast constantly subject to subdued but cartoonishly obvious acts of misogyny that my eyes can only gloss over apathetically.

Everyone comments on the ethnic diversity and variations and body type and that's nice but Bitch Planet comes off likes it's for a young, particularly insulated woman reader who's never noticed how often they say 'sorry' as a way to soften their presence nor how their contemporaries of color don't wear their hair naturally. My dislike for Bitch Planet is in stark contrast to my love for Pretty Deadly, most likely for its unapologetic indulgence in itself. BP feels like it’s trying to teach you something, and so its characters are elliptic feminist effigies in the shape of women and not flawed, compelling characters you can fall in love with. It's applesauce feminism dressed up in faux-exploitation. I wish it would go back and assess its source material: raw, brutal images, passion, and ugly, ridiculous honesty. Seven-year-olds with iPhones are "woke" now; we don’t need fictive portrayals that are easy to assess the right and wrong of, so the reader can pat themselves on the back for realizing the ease of their integrity. We need stories that make you feel truth down to the gut and Bitch Planet barely nicks the surface. 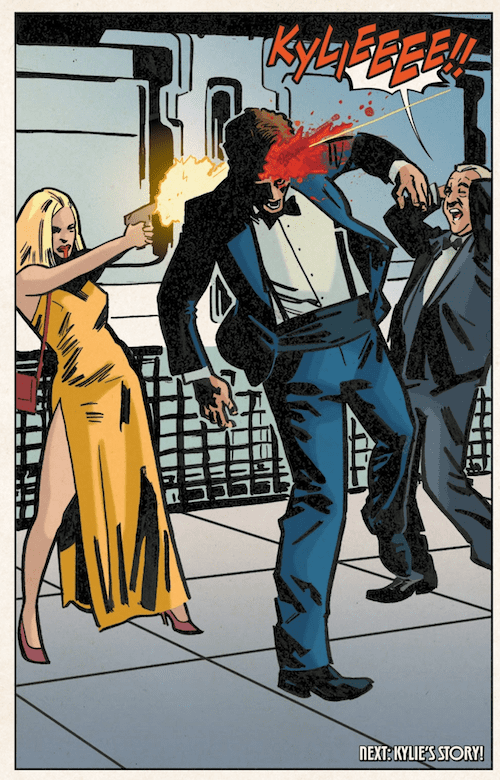 Whirlpool: Wakana Yamazaki’s confectionary comics are mischievous and cloyingly amoebic. Boneless, melted arrays of impish dead-eyed figures stretch across panels like lacquered rolled fondant, usually in the process of fleeing, unspooling like string or mingling midair amid a mess of objects and figures. I’m a sucker for amalgams of bold colors butting up against each other and subject matter that leans heavily on absorptive tendrils and distorted toon forms. Fun to feast your eyes on if you want a visual sugar-high.

New Country: I don't know much about Ayumu Arisaka, an animator and illustrator from Japan, besides whats on their main Tumblr, which is an exciting and playful range of paint, marker, pencil, and clay work. However, this comic seems to come out of left field. New Country mimics the ambulatory characteristics present in their animation work, where everything seems to be shifting and moving autonomously. It opens with a child just barely avoiding getting smashed by a bookshelf and ends with another falling narrow escape from tumbling furniture. Despite being unable to read it, a visceral sense of chaotic motion pull you down through the pages: things fall and crash, get swallowed up and smashed, dreams fragment into the waking world. I can't quite get a read exactly on whether there's a series of earthquakes happening or if the tiny creatures the baby is obsessed with swatting and grabbing at are trying to kill him but it's a dismally cute read with a unique, ovoid sense of thin, open linework and potent, minimal compositions. 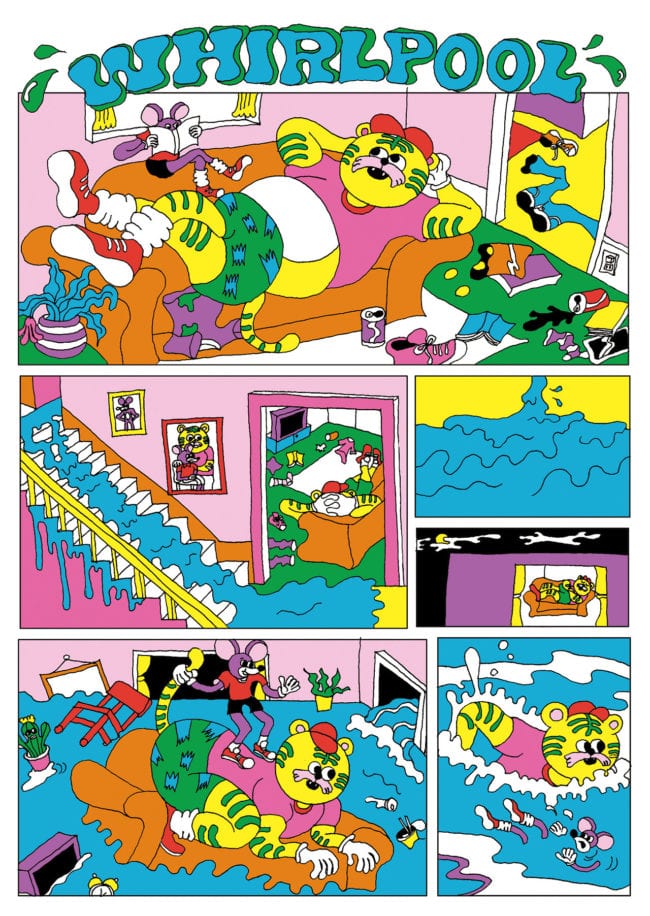 Witchy: A fantasy webcomic by Ariel Ries, that follows a young witch named Nyneve in a magical society where power depends on length of hair. Ariel's work shines in her soft-handed but judicious coloring choices, unpretentious layouts and a deep fondness for her cast that translates through their strong personalities. The conceit of the world turns Nyneve from insecure student to fugitive, but she is never alone. Witchy has maintained a steady narrative pace which is crucial for maintaining a webcomic readership, but pleasantly doesn't skimp on small character moments for major and minor cast. I'm always happy to see work from Ariel and I'm curious to see where she takes Nyneve in this setting. 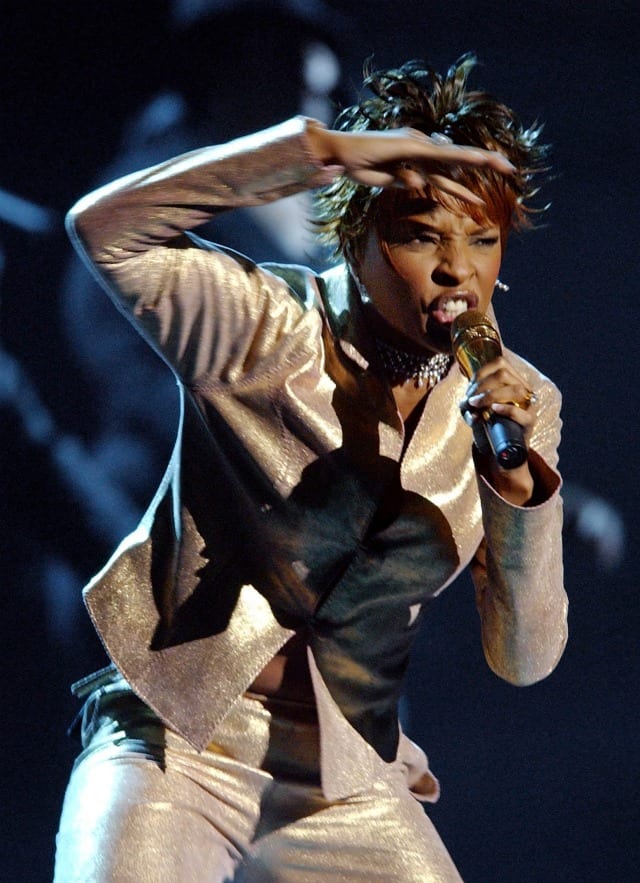