Today, Daniel Kalder is here with a review of Nicolas de Crécy and Alexios Tjoyas's Foligatto. A sample:

The story is set in the city of Eccenihilo, which my half-remembered Latin classes of long ago lead me to roughly translate as “Beholdnothing” (though my grammar is probably ropey). Tjoyas and de Crécy set the mood with a striking wordless sequence in an old cathedral, where a strange trio build a harp from the bones of dead animals, only to flee and hide when a mob arrives to hold a cockfight in the building. A dispute leads to one grotesque little fat man getting his head hacked off. The cops arrive and arrest everybody. Then the mutilated guy picks up his severed head and walks off.

It is about as clear a statement of intent as you can get.

—Interviews. In conjunction with new exhibitions of their work, the Billy Ireland Cartoon Library site has posted interviews with cartoonists Bill Watterson and Richard Thompson. (Watterson: "There’s so much other content available—instantly and all for free—that there’s no reason to stick around if you’re not immediately enthralled. We consume everything like potato chips now. In this environment, I suspect the cartoonist’s connection with readers is likely to be superficial and fleeting, unless he taps into some fervent special interest niche.")

Vulture interviews Ms. Marvel writer G. Willow Wilson. ("Well, I have never, ever before written any comic book where there was fan art before the book was even released. That has never happened to me. That really — that really floored me.")

Brian Cremins talks to academic Shiamin Kwa about Kevin Huizenga's recent visit to Bryn Mawr. ("The question about when did you become interested in comics bothers me, because I do sense that there is sometimes a weird distinction being made about liking comics—like it’s a kind of secret handshake that is indexed by memories of carrying a certain colored bag on Wednesday afternoons.")

The Linework NW Tumblr has recently put up many short interviews with creators, including Ben Marra, Sam Alden, and Farel Dalrymple.

—News. Keiji Nakazawa's four-decade-old Barefoot Gen continues to generate controversy, as the mayor of Izumisano asked for all copies to be removed from elementary and junior-high-school libraries. ("'I regret having cooperated with the collecting of the manga even if it was because of an instruction from the head of the education board,' one principal said. 'Why was only Gen targeted when there are other works that also contain discriminatory terms? I can only believe they were deliberately setting their sights on Gen.'")

—Reviews & Commentary. Craig Fischer reviews Matt Fraction and Chip Zdarsky's Sex Criminals. ("In 1970s fandom, we used the term 'groundlevels' to describe comics that combined fan genres like science fiction and fantasy with adult visuals and subject matter(s). 'Groundlevel' refers to the middle position these comics occupied between the DC-Marvel 'mainstream' and the excesses of Crumbian undergrounds. Dave Sim’s Cerebus was one early groundlevel comic, Wendy and Richard Pini’s Elfquest another, and nowadays, when I look at the artistic and commercial renaissance at Image Comics, I see the rebirth of the groundlevel aesthetic.")

Farel Dalrymple shares his recent comics reading. ("I don’t read many mainstream comic series. I usually wait until I hear about something that is good and read the trade when the library gets it.")

—Video. And we don't usually promote comic movies very often, at least since the glory days of Dapper Dan's Super-Reviews, but here are two for which I'll break my self-imposed rule. First, Alejandro Jodorowsky's Dune, which is of comics interest because many of the proposed concepts for the film later made their way into Jodorowsky's Incal-verse books.

And then Dark Dungeons, as far as I am aware the first straight cinematic adaptation of one of the works of Jack T. Chick. 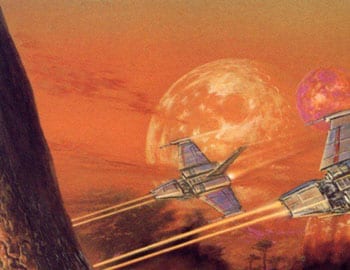 Not Going Any Further 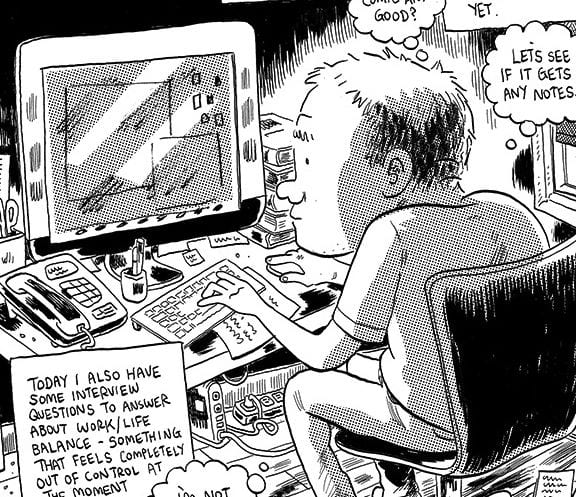