In mainland China, comics never developed a reputation as serious works of art. Even though China was once the largest consumer of comics in the world, they were largely considered pulpy imitations of films. When I talk to Chinese artists and writers about comics, they often respond as if I’ve just told them I’m interested in Chinese cat-grooming.

Although there are many working cartoonists, publishing is tightly controlled and few are able to reach a wide audience through bookstores. As a result, many cartoonists publish their comics on social media sites such as Douban. Douban began in 2005 as a review and recommendation site, and is something like a mix between Facebook, IMDb, and Tumblr.

I recently spoke with two artists on Douban about their work and their experience with the website.

Scarlet-Faced Dog has been publishing comics on Douban since 2008. His work ranges from classical fables to surrealist interpretations of daily life. He often draws Scarlet-Faced Dog and Clever Bee, two characters that stand in for him and his loved one. He writes, “Most people lead dull lives, and I enjoy finding small pleasures in this dullness. Sometimes I’ll imagine some nonsensical or bizarre things on the condition that it’s linked to the mood of a certain moment.”

Scarlet-Faced Dog graduated from the Inner Mongolia Normal University Traditional Chinese Painting Department, and his background in ink painting is clearly visible in his drawings. He also has a cartoonist’s appreciation of visual gags, as can be seen in the exaggerated slapstick of some of his drawings.

Some of the longer comics are published one panel at a time, with weeks passing between the panels. Douban users can subscribe to a photo collection so they will see any new additions in their news feed. One particular series, Unprovokable, is 651 panels long and some of the panels have more than 40 comments. The comic begins with Scarlet-Faced Dog meeting revered painters that he idolizes, and them pooping on his work. It then spirals into more and more bizarre stories, including a journey to hell and Scarlet-Faced Dog’s replacement by a doppelganger.

Some sequences feature horrifying violence, but the work is also undeniably funny. When I asked him about this, he said it was related to a quality inherent in all of his work. “Every artist will paint a bamboo frond with a different quality and every person will sing a song with a different flavor… So when you felt the circumstances were horrifying, that shows you were reading and understanding the contents and information of the work. When you were laughing, I’m afraid that’s the part I couldn’t help but include.”

Bu Er Miao is a Beijing cartoonist who draws vibrantly colored sci-fi escapism. Her first collection of work, Electric Cat and Lightning Dog, collects five short stories, three of which feature the titular characters. Electric Cat and Lightning Dog are drawn in a combination of pen, pencil, and marker that recalls the pastel tones of airbrush futurism. The story follows the two characters as they go out partying and look for a girlfriend. Bu Er Miao cites Adventure Time as one of her influences, and her work captures the one-thing-leads-to-another sense of discovery that shapes the Pendleton Ward series. She writes, “I want to put all of my weird ideas into the comics, but I don’t know how to write stories. I want to write a tragedy, but all of my ideas are too funny.”

Electric Cat and Lightning Dog is available on Douban’s eBook platform for 1.99 CNY (roughly 30 cents). When I asked if she makes any money from comics she said, “I get 1.79 CNY per comic sold, an amount of money that if you saw it on the street, no one would bother to pick it up.” Bu Er Miao has also published a series of blog posts on Douban titled How To Draw Weird Things. In these posts, Bu Er Miao collects and organizes her reference materials and drawing techniques.

Bu Er Miao described Douban as a website where she could connect with like-minded people, and said it is the only site on which she is interested in publishing her work. “There are many other sites where you can publish comics, but I really don’t like their style: imitating Japanese manga with plots that read like the sexual fantasies of young men.” 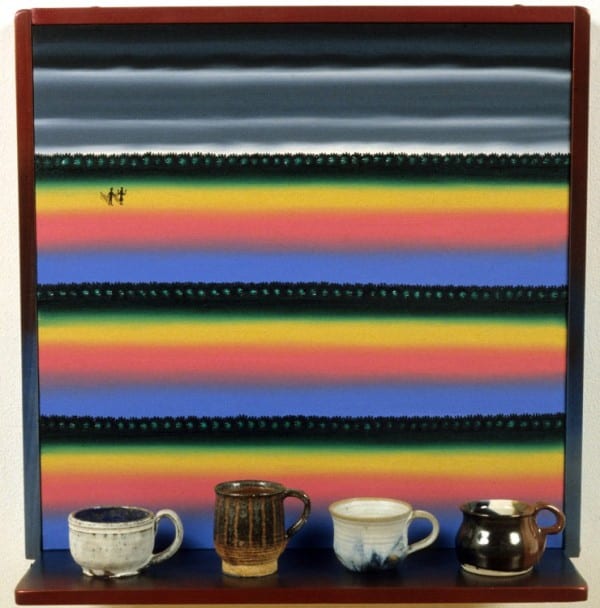