Today on the site, Alex Dueben talks to David Wiesner.

Of all your picture books I really love The Three Pigs. Could you just explain what you did with the story?

There are all these different threads that have been floating in and out of my work since I was a kid. The idea of alternate realities, the multiverse, is one of those motifs. The first place I encountered this idea was in a Droopy Dog cartoon – for the longest time I thought it was a Bugs Bunny cartoon – where the character is running running running and then skids right out of the film. You see the sprockets on the edge of the film frames and the white space behind it. The character then runs back into the cartoon and keeps running. I loved that there was a world, a seemingly blank world, outside the reality of the cartoon. Duck Amuck is another classic where the hand of the animator comes in and is messing with the actual cartoon. There are of this idea examples in MC Escher and Magritte. I was always drawn to that visual representation of looking behind what seems to be reality.

I thought about how I could do that in a book form. I had all these cool ideas about things that could happen visually, but I needed a story. I began thinking that I’d have the characters come out of the story. I began by trying to write that story, but that didn’t work, because no one – including myself – would know what that story was and who the characters were. It was very confusing. At some point when I was drawing in my sketchbook I drew a few well known characters, and I thought, what if I start with a story that as many people as possible would know. That way you can just forget about it because you already know the characters and what happens.

Wilson’s introduction to comics came in the fifth grade, when she was given an anti-smoking pamphlet featuring the X-Men. Later in the school year, she asked to join a group of boys who were playing mutants on the playground during recess—the “X-Men” cartoon on Fox had become her favorite show. They didn’t want a girl in their group, but she told them she could play the glamorous mutant Storm, who, in the comics, is the daughter of a Kenyan princess and an American photojournalist, and can control the weather. “It speaks to the power of women done well in this kind of role,” she said. “Those boys didn’t care much for girls but they really cared for Storm.”

Two years later, Wilson’s family moved to Boulder, Colorado. She was a goth teen—“black eyeliner, corsets, magenta hair, the whole thing,” she said. “There was lots of going to concerts and sitting in the under-twenty-one balcony, lots of tabletop role-playing.” She continued to devour comics, tracking down issues of “Shade, the Changing Man” at a local shop called Time Warp. Wilson’s parents were secular liberals who had left Protestant churches during the sixties. To them, God was a “bigoted, vengeful white man,” she writes in “The Butterfly Mosque,” and atheism was “not just scientifically correct, it was morally imperative.” Wilson had other instincts. When she was a sophomore in college, she started suffering severe adrenal problems, which helped spark a search for God—an experience she recounts in the memoir using language that wouldn’t be out of place in a superhero’s origin story...

The RiYL podcast's most recent guest is R. Sikoryak, and the CBLDF podcast returns from a long hiatus with guest Katie Skelly.

—Commentary. The cartoonist Steve Bell has written The Guardian's obituary for Leo Baxendale.

The cartoonist Leo Baxendale, who has died aged 86, created many of the characters that form the backbone of the Beano comic. He introduced Little Plum – Your Redskin Chum in April 1953, followed by Minnie the Minx (a female version of Dennis the Menace) that September, and the Bash Street Kids, the strip that began life as When the Bell Rings, in October. Their success was spectacular and Leo began working for DC Thomson, the Dundee-based publishers of the Beano, full-time in November 1953. He and his young family lived for the next 10 years in Dundee, where he produced work of such detail, such comic intensity and such concentrated anarchy that it will surely live on for ever.

For the Times Literary Supplement, Nicola Streeten writes about comics and history.

Maus had even earlier forebears, as becomes clear from a new exhibition at the Mémorial de la Shoah in Paris, Shoah et bande dessinée, in which we see that Spiegelman was not the first person to use cartoon animals to convey the inhumane treatment of Jews. The comics on display here, from 1940 onwards, often draw on animal motifs to depict the Jewish genocide. The result is a powerful, moving and sometimes difficult experience.

The curators have set out to showcase the representation of Jews in the Holocaust. While their aim is to demonstrate how the comics form can successfully depict serious subject matter, it is also to highlight how comics functioned to silence the Jewish voice for a thirty-year period, from 1945 to the late 1970s, through a lack of Jewish representation. The exhibition is, in effect, divided into before and after Maus. A large room following on from the display of Spiegelman’s own artwork pays homage to the influence he had on the development of comics, displaying a vast and diverse array of artworks. But the exhibition opens with direct visual testimonies from witnesses of the Shoah, underlining the strength of the comics form in providing a narrative for the Holocaust right from the beginning. The first item on display is a tiny illustrated booklet of fifteen watercolour-and-line drawings dated 1942, entitled: “Mickey AU CAMP DE GURS”. Produced by Horst Rosenthal, a Jewish prisoner at Gurs internment camp in southwest France, this booklet may not strictly be a comic, but it is certainly a version of the form, combining text and image. One page shows a drawing of Mickey Mouse, hands outstretched, with an expression of incomprehension, standing before a French camp officer. Rosenthal, narrating as Mickey Mouse, is able to relate the unfathomable stupidity of camp life through his depiction of everyday detail. (The guard asks Mickey for papers that do not exist.) Gurs was not a concentration camp, which perhaps explains how Rosenthal was able to access drawing materials, though the dimensions of the booklet suggest it was something he had to keep hidden. The booklet’s cover reads: “PUBLIÉ SANS AUTORISATION DE WALT DISNEY” – a joke thrown into sharp relief when we learn that Rosenthal was, in that same year, transferred to Auschwitz and killed on his arrival. 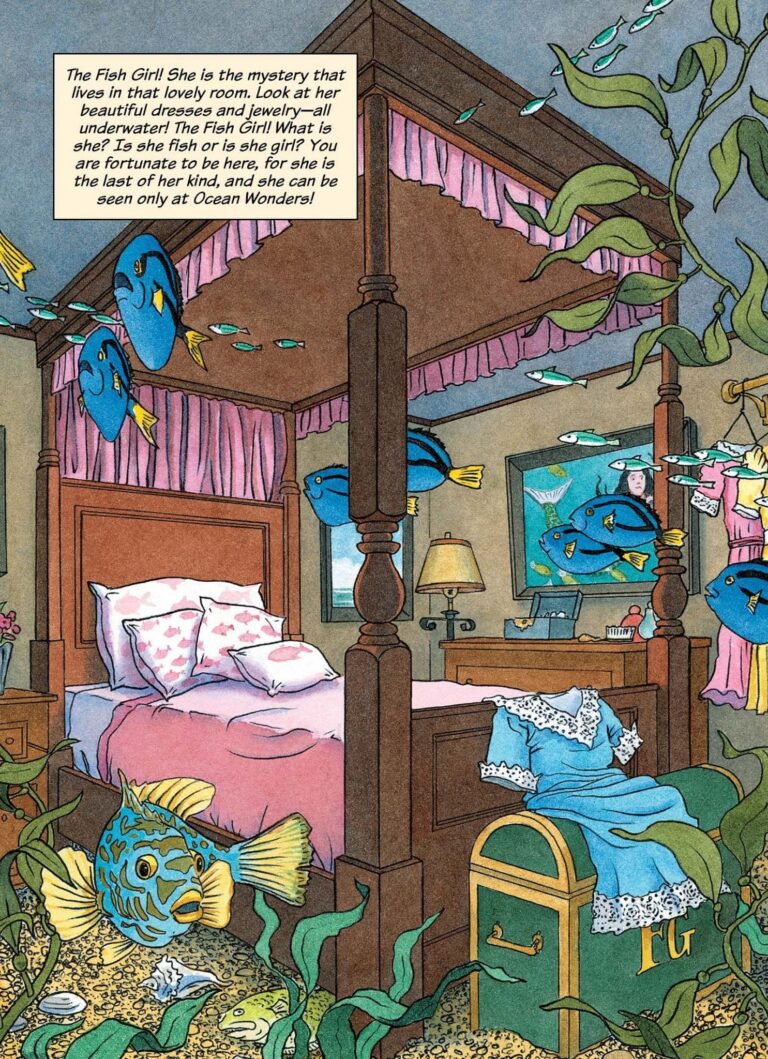 An Interview with David Wiesner 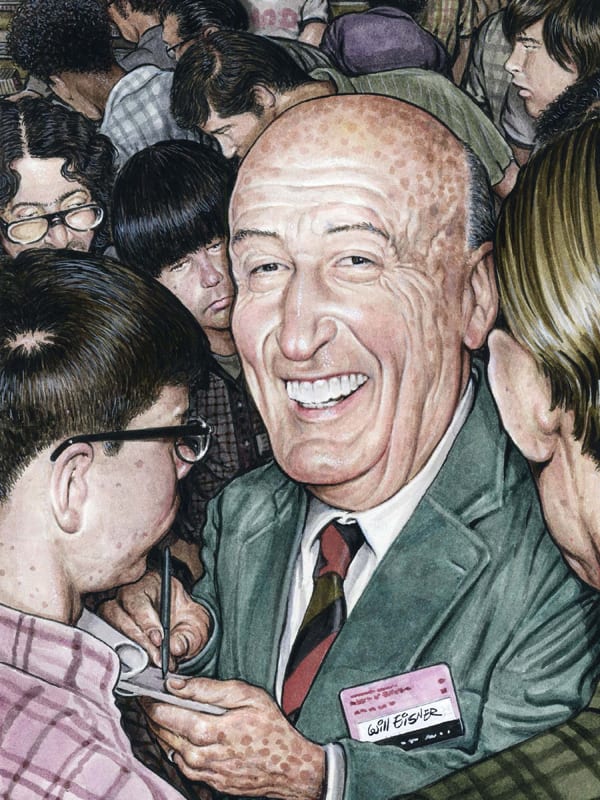 He Never Understood Why I Was Drawing Fred Mertz