Today on the site, we are republishing John J. Pint's 1990 interview with Rius, the great Mexican cartoonist who recently died.

PINT: Eventually your political cartoons got you in trouble, didn’t they?

RIUS: They accused me of being a communist. It was the time of the Cuban revolution and I was clearly in favor of Castro. Suddenly, three or four newspapers dropped me. It reached the point where nobody would take my cartoons and I figured I’d have to leave the profession and dedicate my life to selling soap. Cartoons didn’t seem like a good business! That was when I ran into a friend who did comic books. He suggested I write one of my own and the result was Los Supermachos.

PINT: Los Supermachos is hardly a typical comic book. How did you come up with that particular style?

RIUS: True, there weren’t many precedents for comics dealing with political subjects. The only one I knew of was Pogo. I can’t say I was exactly inspired by Pogo, but it did help me develop a formula for dealing with politics and characters symbolizing certain social classes in Mexican society.

PINT: It seems to me your use of these stereotyped characters to produce a kind of documentary on a well-researched theme can only be called unique.

RIUS: Well, I spent a long time analyzing U.S. comics and I noticed that they were, in part, used to politicize people, to convince them that the “American Way of Life” was an ideal way to live. Lots of comics were dedicated to attacking communism—for example, Steve Canyon, Dick Tracy, Li’l Abner, Captain Marvel. They actually indoctrinated people who didn’t realize they were being indoctrinated. So, I thought, maybe I can fight fire with fire, jump out of the trench, catch some of their grenades and throw them back. I wanted to turn the comic book into a teaching medium, from a politically leftist point of view.

One feels that Knight’s line drawings, which display more movement, verve, and surprise than most actual animations, must have had something to do with that acerbic turn. What Knight captures is the essential misfit quality of Eloise. Gleeful, greedy, prone to random acts of violence—although she is never malicious—loquacious and haughty, this is no mere six-year-old; she is scarcely human, and not especially female. Knight drew her with an unpretty imp’s face; wind-blown hair; a pleated skirt held up by suspenders over a white blouse, pink ballooning underpants (very important, as she is often upside-down), rucked-down bobby socks, and Mary-Jane shoes with the straps flying. Standing, she thrusts out her modest pot-belly above spindly legs, cutting a figure that certainly does not resemble what plump children really look like.

Don Simpson is best known for his superhero parody comic, Megaton Man. It seems pretty bleak to have the vast majority of your work be in the well-trod territory of superhero parody, but before Border Worlds was back in print, he had to suffer the double indignity of his second most-famous work being a porn comic done under a pseudonym. Its title? Wendy Whitebread, Undercover Slut. If you haven’t heard of either of these, that’s totally reasonable: I bring it up to gesture at the idea that it seems pretty unreasonable that, with a library like that, he wouldn’t have finished Border Worlds. But that’s the market.

Print hosted an online roundtable of artists (including Ward Sutton, June Brigman, and David Cowles) talking about the influence of Jack Kirby.

June Brigman
I didn’t get into comics until I was a freshman in college. My boyfriend (now husband), collected comics and was a big Kirby fan. I was majoring in art, but didn’t know what I wanted to do. I remember looking at an issue of the New Gods. There was a panel with Lightray on a balcony with a woman. Orion is ranting, but all you see is his shadow and the deck furniture lifted off the ground by his cosmic rage. It was a scene more epic than anything Michael Bay has ever done. I think that’s when I realized the genius of Kirby. 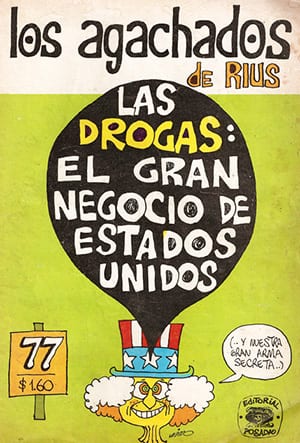 An Interview with the Father of Mexico’s Graphic Documentary: Who’s This Rius? 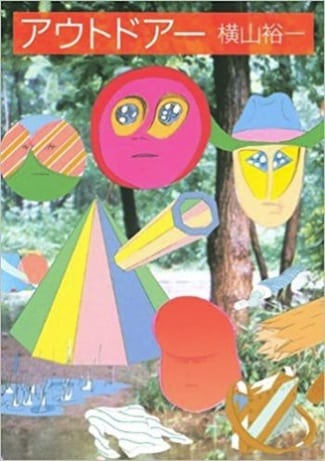