ROBINSON: I have to ask you about the crediting… you’re credited as "illustrated by." What’s the deal with that?

SINGH: I don’t know, it just seemed like the right thing to do. You got to remember that The Hunting of the Snark -- I think Melville thought the same about this -- it’s not a comic book foremost as far as marketing goes, okay? It’s a work by Lewis Carroll. I would have preferred to have said comixed by, with an x. [laughter] Because I’m old enough to remember when comix with an x was the way to go. Like spelling rock with just a k, r-o-k. I don’t know if you remember that? [laughter] Rok and Roll, man. That was a big thing in the old Heavy Metal, they went through a phase where it wasn’t a rock critic, it was an r-o-k critic. No, it was kind of a marketing thing on my point, Melville let me do anything I wanted to do except for my rather odd biography, which they squelched [laughter]. They said we really need something less ranty and baroque.

You know, we’re still not pushing boundaries at all in North America. Hans’ stuff is definitely in right direction-- he’s a genuine surrealist but he know how to link it into plot. Which is unusual. Usually you can’t maintain it for too long. He’s got that surrealist rhythm and imagery -- that dreamlike imagery moving but keeping a plot with it. It’s very difficult to pull off.

ROBINSON: It seems almost impossible. I made a short list when you agreed to talk to me of comics that were vaguely in a surrealistic vein. I thought about something like Flaming Carrot which has surreal and dadaist aspects to it, but they're subverted by the impulse to make something narrative and recurring. So you can have a surreal premise and these kinds of elements of nonsense crop up. But the impulse to make it something recurring and to kind of fit it into a narrative framework almost works against the elemental….

SINGH: I agree with you there. Pure, hardcore surrealism, like originally developed in the ‘30s by guys in Paris like André Breton, and Louis Aragon and Paul Éluard and these other guys, what they conceived of was surrealism would be a way to wake us up, because they had a political agenda, too. And they were pretty fed up and after World War I, things were not working out. And they wanted very much to bring a full stop to human history. They wanted things to just stop and be reborn as a dream. It wasn’t an artistic project to them at all, in the beginning -- they wanted every action of your life and every object that you looked at and interacted with to become linked with a dreamlike energy of the human mind -- of the human unconscious. It was a really big project and it was impossible and it failed horribly. They did write some surrealist novels and most of them were pretty awful. There’s one that’s pretty good, actually, called Hebdomeros [Hebdomeros, the Metaphysician] by Giorgio de Chirico – which is funny because de Chirico hated the surrealists. [Robinson laughs] Have you ever read his memoirs?

SINGH: Oh, his memoirs. He was the most bad tempered artist I’ve ever heard of. Every other page of his memoirs is about wonderful he was, how shitty everyone treated him, how they ripped him off, and then he would just always finish up with a paragraph of pure invective. You know, “these lying, fish faced, whore mongering bastards of these Parisian art dealers.” And it’s beautiful stuff. He wrote a very good novel, and it’s actually readable. And there’s a few other little short pieces. Surrealism doesn’t lend itself to a narrative because dreams don’t have narratives. Every time a dream begins to have a narrative, it falls apart. Dreams are a funny thing. When you think about it, what other phenomena exists where every human being has it, has been having it forever, and we still have no idea what they do? None. I mean we really don’t know what they’re for, we have suspicions, but …

Surrealism's been degraded in the last few years into sort of a commercial shorthand for catching people’s eyes. Many great ad campaigns in the last 30 years have been done on surrealist premises where you have reality changing. Like a guy is driving down the street and suddenly he’s in San Francisco and the next second he’s in -- I don’t know -- Kuwait or someplace. But that’s a surrealist thing. The idea of just shifting reality without warning. And that’s another reason as to why I did the Snark in a surrealist [mode]. Number one, of course, was because it was the only way to really get the poem energized. Another reason was because a lot of young people today, you know, they’re kind of jaded or they act jaded, these teeny-bopper types. But they do still think surrealism is kind of cool and hip [Robinson laughs]. And I was hoping the hipper ones would say ‘gee, let’s take a look at this thing, daddy-o’. [laughter] I’m not that old. 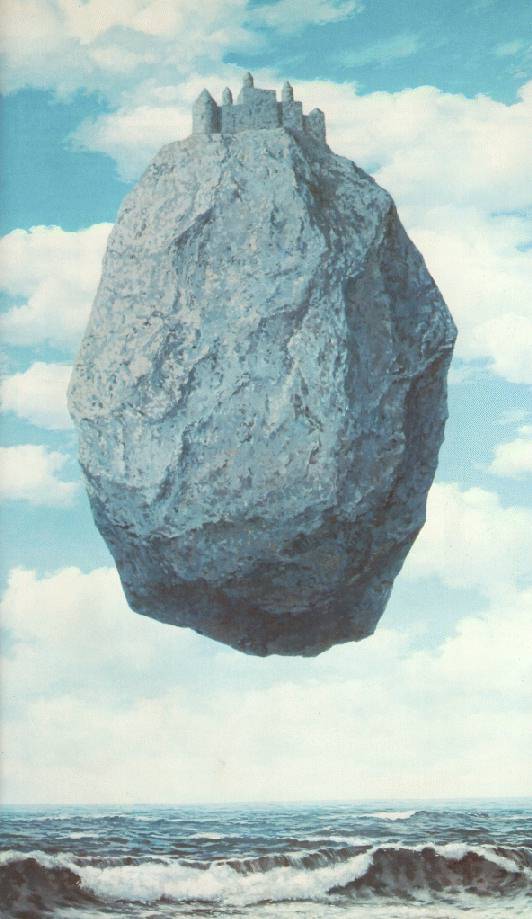 ROBINSON: I taught high school art for five years and I can confirm that there are high-schoolers or youngsters interested in surrealism. You start popping up some Magritte paintings or de Chirico paintings on the projector and all of a sudden there’s just total silence.

ROBINSON: It seems they connect on a kind of visceral level. There’s something uncompromising about it. Every piece of entertainment is designed to sell them something, you know? Whether that’s selling them a concept or selling them a product or both simultaneously, and I think they’re just happy to have the brakes stomped on just a little bit. You don’t have to think something particular about it, it’s just what it is, you know?

SINGH: It is what it is, as they say. And I’m glad you said it. I don' think the kids are dumb. Yes, I am ranting and raving because a lot of young people are cultural amnesiacs, and it’s my fault, as an adult living in society, as an artist, and a father. I haven’t done a good enough job. And I guess, in a way, I’m trying to make up for it. You’ve got to contemplate what retirement will be like if the youngsters of today continue on the path of, I don’t know, hedonism and disregarding obligations and so forth. The nursing home will be a refuge, not just a place to live. [Robinson laughs] We cannot energize young people to make the best of themselves if we don’t show them examples of the best of ourselves.

I want ... I so much hope that kids in art schools, especially will find this book, and realize that, first of all, that drawing with pen and ink can do neat, weird things. Second of all, that the relationship between surrealism and reality and recursion or the reference thing and going on, there’s a lot there to think about. And also the idea that culture – yes, sometimes its a frivolity and times – it’s not a joke. And it’s not about the culture of an ethnic identity or the culture of ‘well, because we’re Americans we have to have this culture.’ Like, for instance, True Grit, which really, really pissed me off. I mean, man, that movie pissed me off. [laughter] I’m a Charles Porter fan from way back and that movie so cunningly subverted most of his message, it just infuriated me.

Charles Porter is a fantastic writer. Everything he wrote will make you bust a gut laughing . And True Grit was a story about a young, priggish, horrible little girl with no sense at all but a sense of saving money who goes out to avenge her daddy and she hooks up with this horrible man who was involved with Quantrille’s Raiders-- I don’t know if you know southern history. He’s one of those guys who went into Kansas and killed everybody. He’s an out and out war criminal who has shot woman and children and not thought a thing about it. And he helps her in her quest. The book really, really pokes fun at the south in the most brutal way. The movie occasionally did that, but on the whole, it was slow motion and glowing yellow color ... it was like something made by Ken Burns, Jesus Christ [laughs]. I can’t stand Ken Burns. 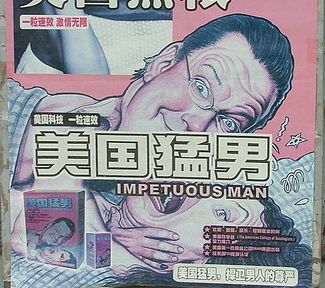 Wake Up, Wake Up 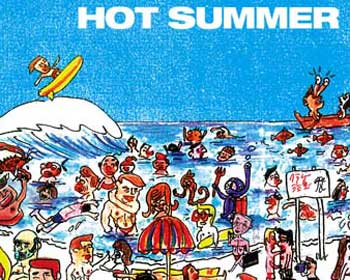