Comic Arts Brooklyn, the annual festival of art comics and graphics run by Gabe Fowler and presented by Desert Island and Pratt Institute, was held at the Pratt Institute campus on November 11th, 2017. If you aren’t familiar with CAB, check out these old posts on past shows. CAB is really the premier American festival for contemporary art comics, and this year with the new venue and a stellar guest list, the show seemed to finally find the right balance of rabid crowds and comfortable space to congregate inside the show.

The new exhibition space itself within Brooklyn’s Pratt Institute campus is a vast room not unlike the armory which used to hold the MoCCA Fest in Manhattan. This room was more sports facility than military base, though, and being on an art school campus cushioned the show in a nice way. Shows in New York are tough because once you leave the venue you are out in the current of NYC. So attendees and exhibitors alike may find it difficult to congregate inside and outside of the venue because of the lack of space. Here, on the Pratt campus, there was a nice balance. I didn’t take a single picture at the show, though. See CAB’s Instagram for good photos by Gabe and Chris Anthony Diaz and look up #comicartsbrooklyn on your preferred social media. That’s how I saw most of the show. After it was over, online. It was that vast. And I was just that busy. Both are good signs, me thinks.

The show is curated by Desert Island’s Gabe Fowler and Forge Art Magazine’s Matthew James-Wilson. The guest list this year was spectacular, and the selection of the exhibitors was right on the money for 2017. Chris Ware, Jules Feiffer, and Emil Ferris on the cover of the programming booklet was enough to stop any attendee in their tracks. The newsprint booklet (handsomely drawn and designed by Emil Ferris) trumpeted almost 200 exhibitors for the Saturday show and a fantastic slate of programming over four days starting on Thursday and ending on Sunday, which included a Forge. Art Magazine-curated exhibit at Secret Project Robot and an animation exposition at Brooklyn Fireproof amongst other offerings.

The “sales” part of the show was on Saturday. I must admit, this is why I am excited to exhibit at CAB. Comic Arts Brooklyn is always my best money-making show of the year, because people come there to shop. As Aaron Cometbus told me, “You cartoonists are like farmers, always going to market at the same time of year.” Indeed, it felt like a nice fall harvest farmers' market. Plus it is NYC and New Yorkers are good about spending money and not batting at eye at big-ticket-item sticker prices.

I was set up as Comics Workbook, and helped anchor “bookstore row” next to the great Bob Stevenson of Bob’s Comix and Zines. I was selling my usual selection of “curated” comics. Bob and I each had a spread of weird and hard-to-find art comics and undergrounds and, amazingly, we don’t carry the same stuff, so there was barely any overlap. Serious collectors stopped by Bob’s table and mine and dropped serious coin. Brisk sales. I love “brisk sales.” Everyone wanted my mint copy of Sir Alfred by Tim Hensley but I refused every offer just to watch people squirm with drool. Then I’d have to pry it out of their hands. People love that book. I wish I would’ve bought ten of them when it came out.

The Comics Workbook crew this year was just me, Sally Ingraham, and Adam Griffiths. We were next to the signing tables where Charles Burns, Gary Panter, Gary Leib, Doug Allen, and a host of others were holding court with fans. When the Chris Ware spotlight interview crowd hit the floor after it let out downstairs, the place was jumping and there was a line for Chris Ware signing his new book that would have practically filled the old venue’s top floor. Every once in awhile I would look up and watch Ware talk to a fan and just sort of pinch myself. What I love about comics is that it is still feels small, like we all know each other, and despite how big the form gets, or how big interest in this form gets, it’s still a small subculture and a meritocracy in my mind.

There was so much space around my table that I could use the endcaps, and people could congregate in front of, beside, or even behind my table without it being too crowded. It was great. This is the first CAB where everyone could do that. People could hang out IN the venue (they couldn't when it was crowded in the old venue). It felt like a cavernous Comic-Con of Art Comics Stars. I had my glasses on so I could see way across the big room and see so many representatives of the best that the form has to offer. It was like a sporting event. Like a tournament where you know all these great teams are playing and you’ll never see all the games, but you’ll catch the highlights later. And you know that’s kind of what I did. It was impossible to go ‘round and see everyone so I just stayed at my table mostly because it was “sell, sell, sell” time, as Dan Nadel used to say.

Since I never left my table, I asked programming director John Kelly how the panels went. "All of the panelists did an incredible job and I can't think of a better line-up," Kelly said. "We were really fortunate to have a group of artists and writers on hand to talk about some of the most significant works of our time--Chris Ware's Monograph, Emil Ferris's My Favorite Thing Is Monsters, Mark Newgarden and Paul Karasik's How to Read Nancy and Michael Tisserand's Krazy, his bio of George Herriman. These are all books that people will be citing decades from now... and we had them here all at once. The discussion with some of Pratt's most famous comics alumni -- Bill Griffith, Kim Deitch, Peter Kuper, and Paul Karasik (plus Jules Feiffer!) -- and the two panels with emerging creators were all terrific too. I couldn't be happier with how things turned out in our first year at Pratt. I'm already looking forward to next year."

John told me the day started with Tom Spurgeon and Chris Ware going through Chris's insanely beautiful Monograph volume, followed by Nicole Rudick and Emil Ferris breaking down My Favorite Thing Is Monsters. Quite a day.

I’m reminded of when the Small Press Expo had Ware as a guest in 2012 and also enlarged their venue. That’s when SPX sort of settled into its groove. Like opening up the space seemed to let the show fill out. I felt this way at CAB this year. At first, early in the day, I thought the new room at Pratt was too big for the show. However, when it was busy—it was manageable, not packed and uncomfortable like it was at times in previous years. So, hopefully this is the new regime for CAB and it will sort of settle into this new space and the show will be this good every year.

Heidi MacDonald stopped by the table and we talked about how we used to be able to practically write about every artist and debut book at this show years ago. We also talked about how Pratt’s institutional support helps redefine the Brooklyn arts ecosystem which Desert Island and now Quimby’s are a part of, and sort of balances out the Javits Center Comic-con-ness of Manhattan mainstream shows and the mainstream of New York comics. Again, it’s about balance it seems. We sort of marveled at how art comics shows like CAB have managed to grow and keep a buying audience coming back year after year.

I skipped the after party to go have dinner with my publisher, Serge Ewenczyk of Éditions çà et là. He came all the way from France to enjoy the show and to visit with his authors like me. We talked about the book I’m doing for him. And the show, of course. He said, “Everybody is doing Risograph now in the States. It all looks more or less the same to me.” I had to laugh. I could see his point. Lots of similar palettes and copycatting. I drove Serge to the subway and then I went on a walk with Aaron Cometbus through Prospect Park at midnight. Then finally back at my friends’ house where I was staying to have a celebratory drink and count the money I made that day at the show. Survey says: best CAB ever, saleswise. 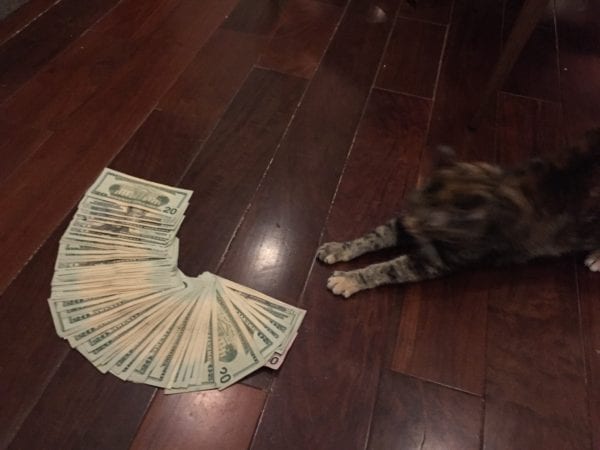 Good thing the show went so well because the next day driving back home to Pittsburgh my car died. I guess it was better to die on the way home than on the way to the show. But, man, that hurt. I didn’t wreck or anything. The car just died. Twice actually. Once on Sunday and then it was resurrected. And then on Monday halfway home. Both tow truck drivers were named Tom. Made it home in one piece, thankfully. Quite an adventurous weekend. Until next time. Over and out. 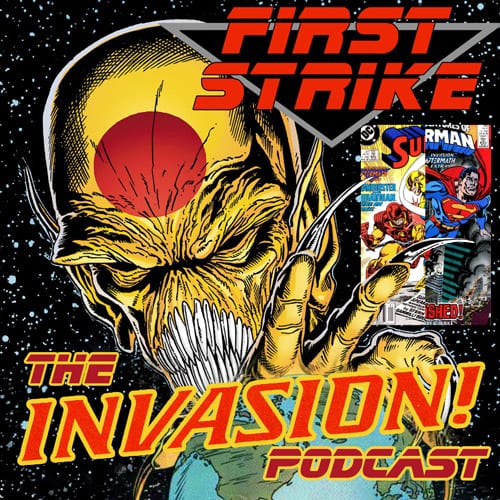 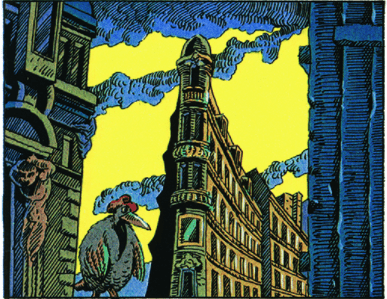