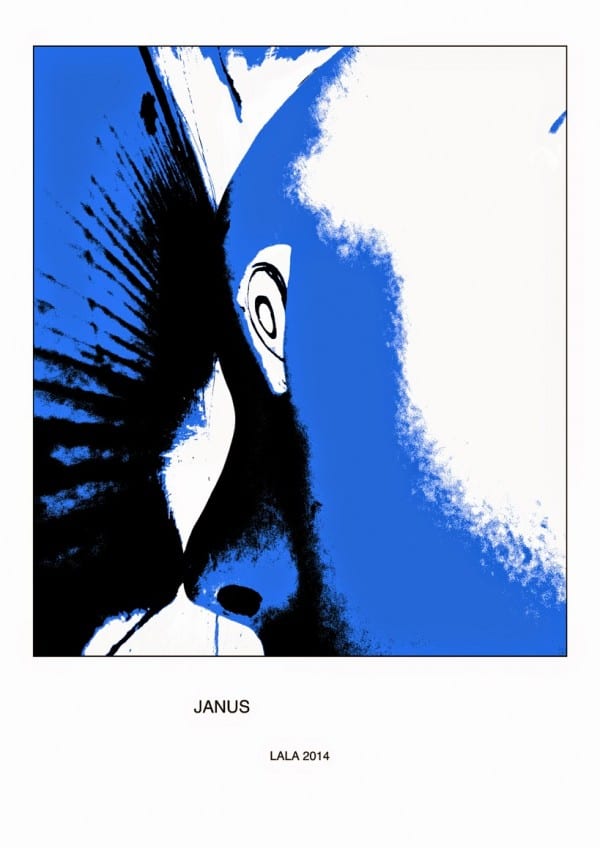 I had fun. Good sales. Same as last year, which was great. It felt less crowded, however. Maybe that was good? It was so packed the last couple years that often you couldn’t see anything, so I dunno. When I came up with the same numbers as last year I was fine with it being less crowded. You could actually walk around. Anywhere else it would be a blockbuster, but in Brooklyn it felt like we were all talking about how “slow” it was. So that’s something to chew on.

Lala Albert’s Janus has to be the book of the show. At least for me. Lala can fucking draw. And this new story is a killer “identity” riff that feels so timely and NOW. Exciting stuff. Check it out!

Conor Stechschulte’s new thing - the Breakdown one - and the one he did himself are stunning leaps forward in his phrasing style.

Connor Willumsen’s new thing in the envelope (below - yah - get that one) is hilarious and charming. Drawn with such ease and finesse, I’m gonna start calling him John Gir. That guy can do serious and funny and that’s a tough combo. 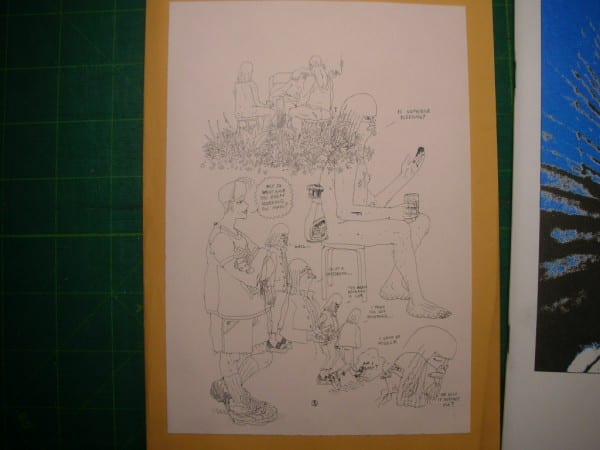 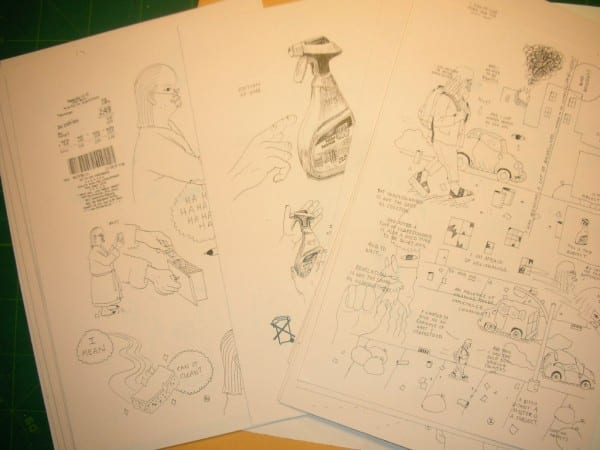 Oh yah and John Pham made another one of his Epoxy’s. It’s so insanely beautiful, I just can’t even believe he’s able to print these things himself. It’s like the highest Art. 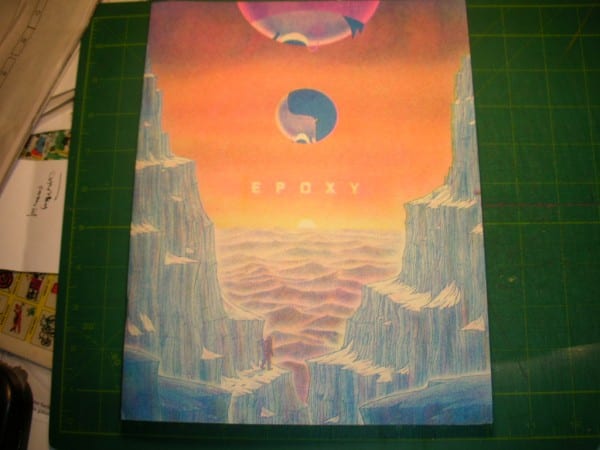 It’s gratifying to me to see “younger” makers coming into their own. I’ve seen Anya, Lane, Conor, Molly, Noel, Mickey and many, many others (the class of 2008-9) blossom into full-fledged institutions with solid back catalogs and new better work every time I see them. I like seeing them on the con circuit. It reminds me of Roller Derby. Different cities, different teams, different styles of play and dress. One big tournament. Sort of competitive, sure, but just to push the sport so to speak. There’s a loving camaraderie that I really enjoy soaking up in the brief moments I get to chat with them at these things—or this one in particular. That New York energy.

I was downstairs. Me and Zach Mason running the Comics Workbook table. (We had a new issue out. "Better than The Comics Journal until the Journal is a magazine again" I like to say. Check it out here.) I thought the way the tables were laid out worked really well. I was next to Austin English (Domino Books), Marlene Frontera; Aidan Koch and G.W. Duncanson; Kris Mukai, Arlin Ortiz, Anthony Cudahy, Keren Katz, and Alexander Rothman. The groupings of tables was fairly well thought out. The Providence gang was along the wall when you came in, where PictureBox used to set up, so that sort of made sense in my brain. Josh Bayer, Ian Harker, Meghan Turbitt, Box Brown (dude's Number comic series is pretty great - he's expanding the strike zone), Pat Aulisio, and Jared from Retrofit all together is a no brainer. Breakdown Press gang in the back so you have to go find them and see everything else. Michel Fiffe, superstar, in the middle. I liked the vibe in the room. I actually never even went upstairs to check out the rest of the show. I was too busy. Which is good. But kind of a bummer. Lots of friends who I didn’t get a chance to catch up with.

Saw Matthew Thurber in the early stages of being mowed down by the Internet :)

I was trying to get Tom from Breakdown to gossip. He told me I should talk to Simon.

finally got this Tom Toye comic I never had for some reason. Lots of good drawing in this one. 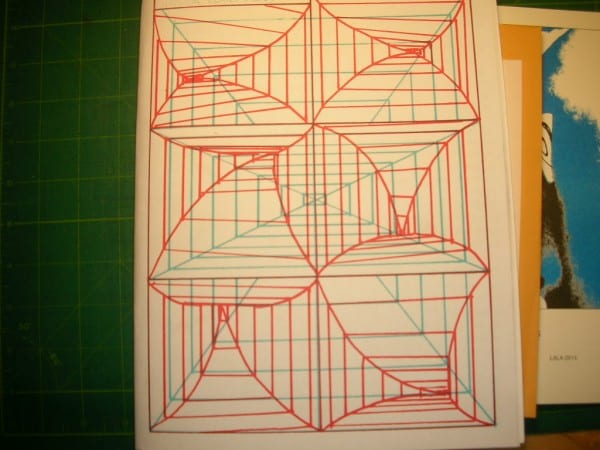 Matt Seneca got engaged. Maybe that's why his comics look better and better.

Talked to David Mazzucchelli. He told me all comics are silent. “Listen”.

Sold a shit ton of old and new comics to lots and lots of folks whom I've never met before. Thanks for stopping by. What I love about having old and new "used" comics is that I can talk to ANYONE about the form. I engage with all types and meet alot of really interesting people. Comics is still an oral tradition. The history is barely written down. 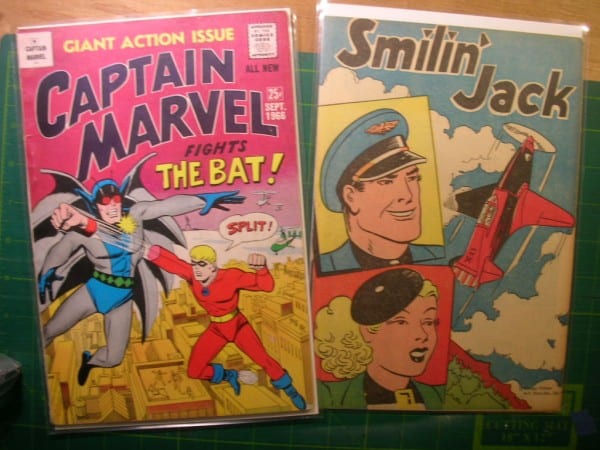 Joe Tallarico gave me this cool issue of Lumpen he edited.

Ran into Patrick Kyle and Ginette LaPalme on 4th ave on way to Veselka.

Me and Ollie went to see Dan Nadel at DAP. Ran into Sindre from Dongery walking up Lafayette with his charming girlfriend who's name I embarrassingly forget. Sorry!

Me, Ollie, and Dash went to see David Salle speak (on the work of Francesco Clemente) at the Rubin Museum on Friday. This is what I really love about NYC. You open a door and all of a sudden you're face to face with David Salle. Well, he was coming out of the bathroom, actually.

Me and Zach at Barcade on St. Marks for last call.

I avoided the parties just cuz I needed to make money this weekend and not be a hungover zombie like I usually am. That’s the good part of one day shows. You don’t have to worry about being fresh for the next day. So I could have been a hungover zombie. Especially since I didn’t go to the programming on Sunday. It’s New York City. There's other friends to see and other stuff to do. I think having the programming on the second day is cool but I was just wiped out and went and had noodle soup in Chinatown with an old friend. I actually ran into Aidan Koch on the way down Second Ave. It was a good trip for running into friends on the street.

Ran into Daryl Seitchik late Sunday walking on Court Street. I really like her comics.

Drove home Monday morning - beautiful fall colors through the mountains back to Pittsburgh. 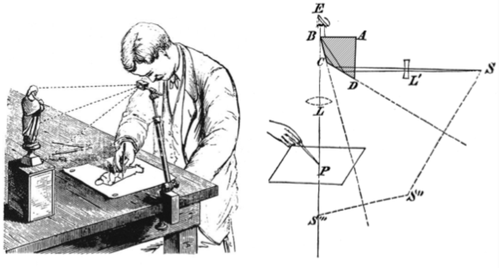 This is a Science 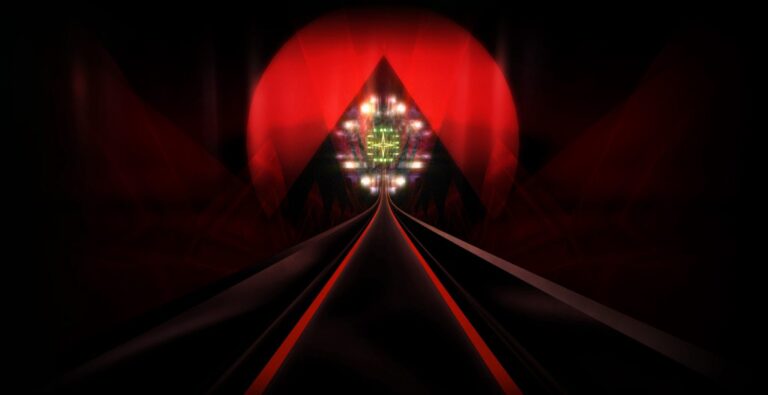