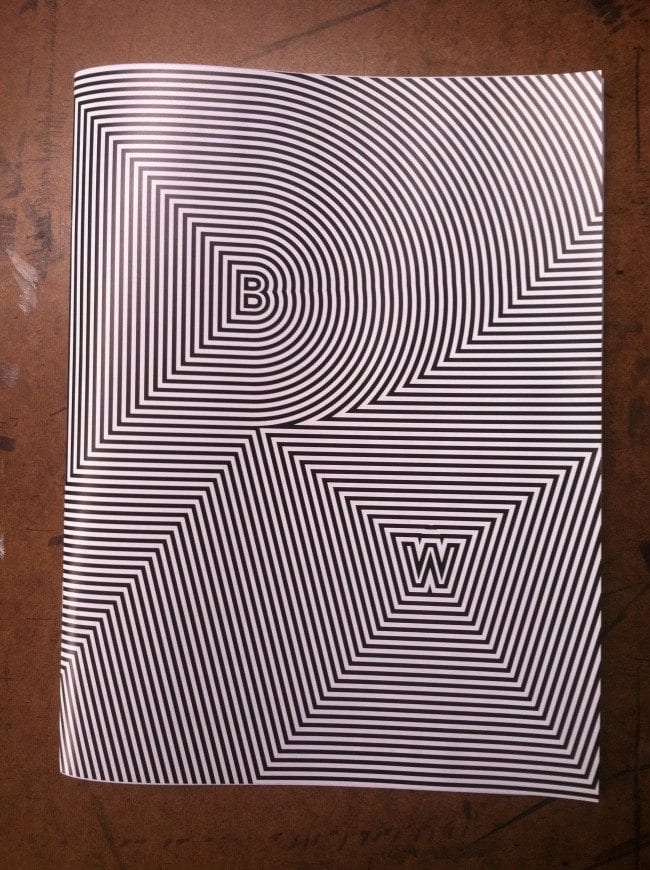 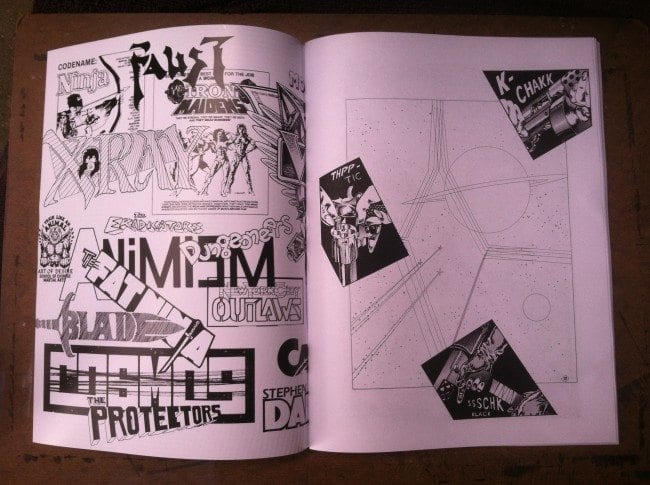 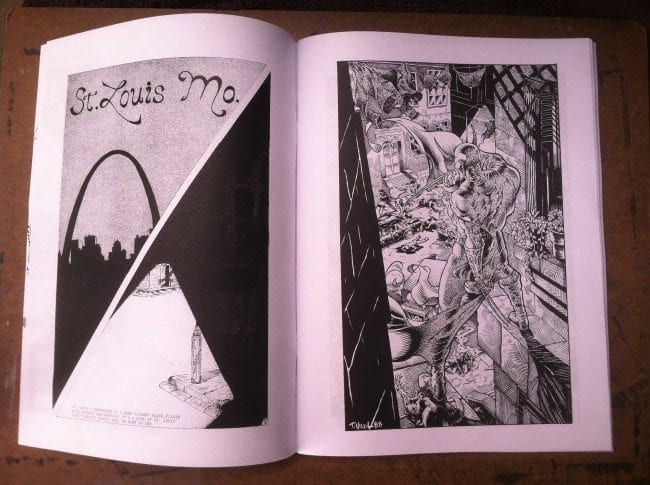 If I didn’t know the origin of this zine, I would think that the maker purposely left his name and address off the thing. It’s an organized compilation of panels, pages, covers, ads, etc. taken from old comics that came out in the “black-and-white explosion.” (If you don’t know what black-and-white explosion comics are—I don’t know what to tell you. Do some clicking around and come back.) The compiler, maker, and designer is Jim Rugg and this zine reminds me a lot of Dylan Williams’ zine Eighty-Six. Eighty-Six was a catch-all title for Dylan to reproduce old hard-to-find comics. He would just bootleg whole comics and not put his name or address on them. Jim is doing the same thing here. However, Jim is making a book collage of sorts: picking and choosing panels, pages, covers, editorials and anything else from different B+W explosion comics and making a sort of narrative out of it.

The narrative is: kill, kill, kill. Antiheroes standing on rooftops surveying cities. At night. Speaking to themselves in poor grammar with lots of spelling errors. Deals with the devil. Equipment diagrams and editorial delusions of grandeur. Often on the same page. What Jim did was group certain generic genre moments together and then sequence them as one story. An antihero from one comic will appear early in the sequence and then reappear later and sort of comment on the action that’s taken place in between. The zine reads as one story if you let it, the one story that every B+W explosion comic seems to tell: This is my city and THEY have taken it away from me and I must fight to save myself and my loved ones and I must fight and why doesn’t she understand me but it doesn’t matter because I will fight and by destroying the world I will remake it for her and for us and she will see and THEY will suffer and this is the stark future so GET READY because NEXT MONTH the final BATTLE WILL BEGIN AGAIN!

Only next month the book never shipped to the stores and we will never know what happened to that antihero or most of the others in this collaged comic book of a zine. BW (the title of the zine) is interesting to me because instead of just bootlegging the material, Jim has re-engaged the material. He destroys the work, cuts it up and rearranges it using it just like the original authors did with their source material. B+W explosion comics are very “reference-heavy.” If you know this genre, you know where the swipes come from. You recognize the samples so to speak. Like you know that the Tim Vigil splash page here is inspired by Berni Wrightson’s Batman from Swamp Thing #7. 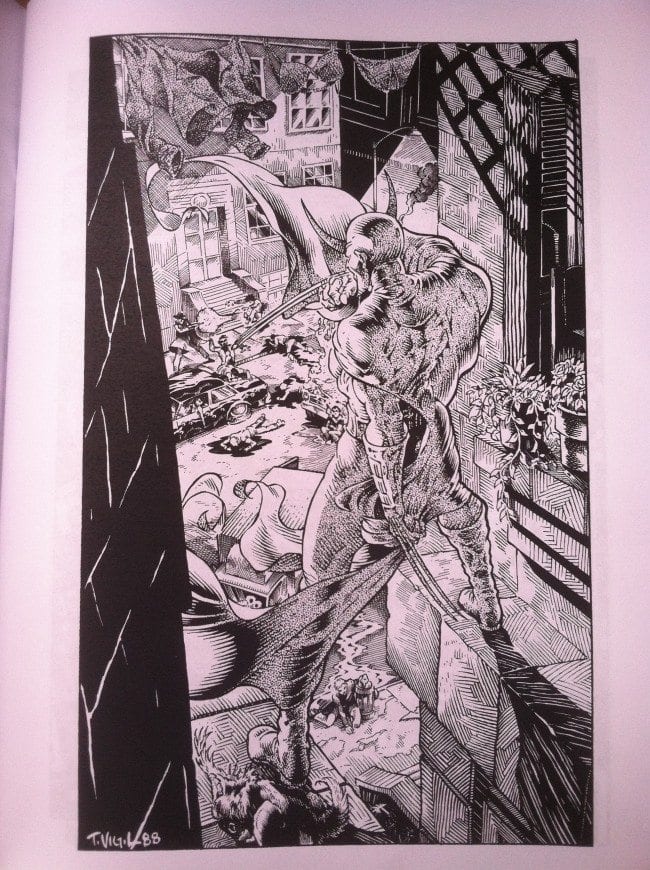 Or you might recognize a certain style of lettering and wonder if your hunch is correct and that the letterer "Chic Chumley” is really Daniel Clowes in disguise. 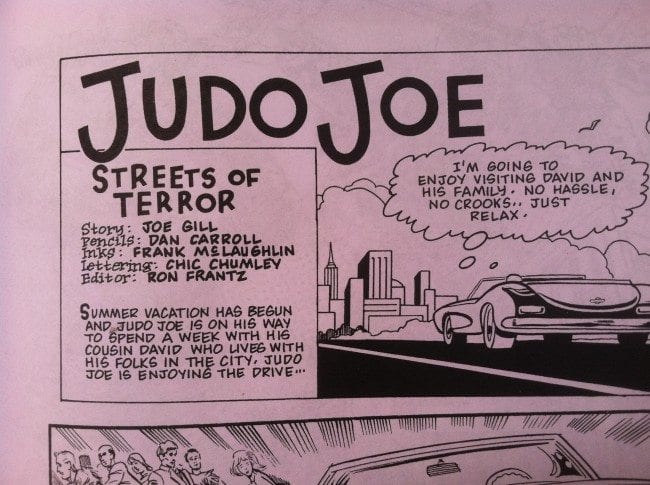 Collecting old and obscure North American black-and-white explosion comics may not be for everyone. It’s a very specific set of signs, uh, you know, signifiers and signifieds. White male angst mostly. It’s laughable. And that’s sort of the point of this exercise for me. Jim’s re-engaging the work and editing together a sort of highlight/lowlight reel that’s less poster book and more artist book. I like looking at the original source material, sure, but I like looking at Jim’s mashup more.

I really enjoy cutting up old comics and making collages. I think it is a way of participating in the creation or recreation or appropriation of narrative lines. This zine is a 80-page collage that reads as one story if I let it and when I do let it read that way I feel really inspired to engage comic-book genre material as a collage artist or like a film editor. If you can get you hands on one of these zines you will be inspired too. And if you can’t find it then just make your own. Start cutting up your old comics.

I wrote this before it sold out at Copacetic. Jim will have copies at HeroesCon. 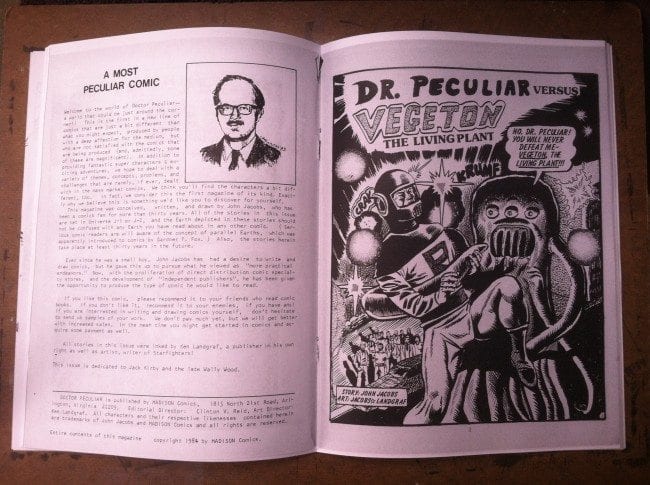 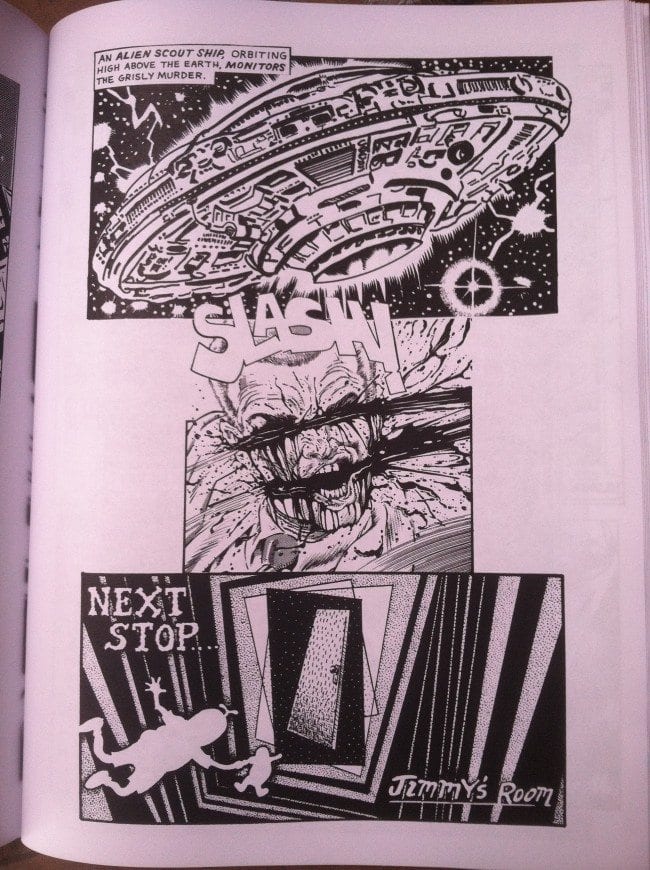 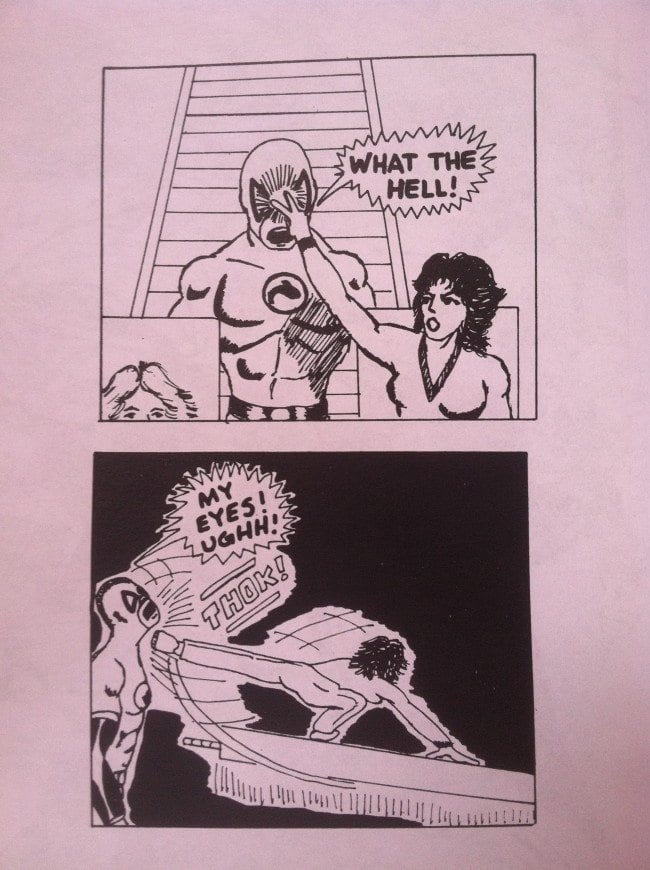 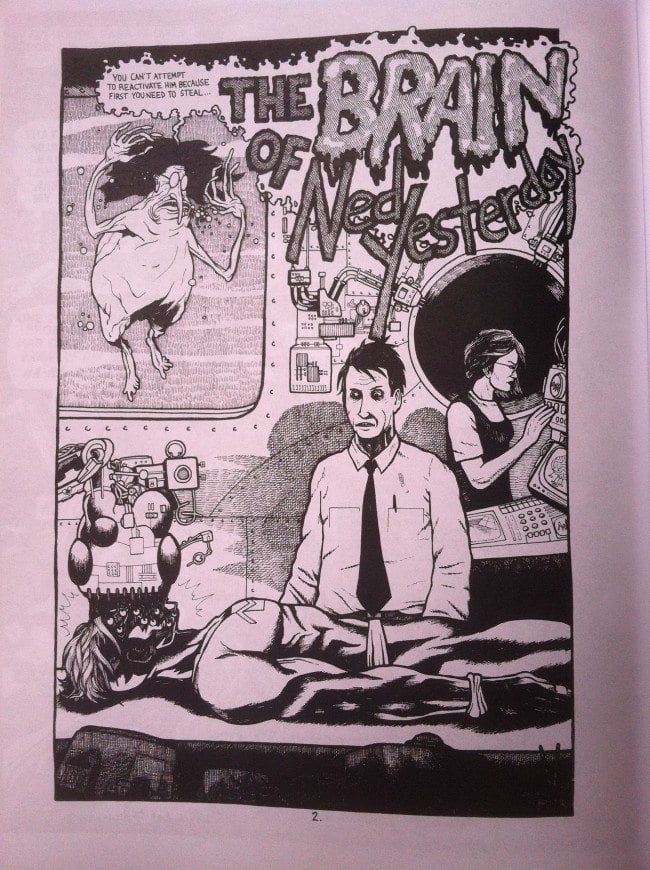 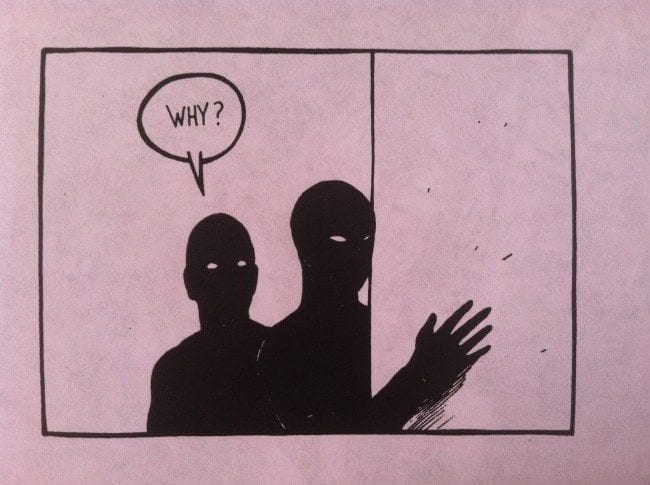 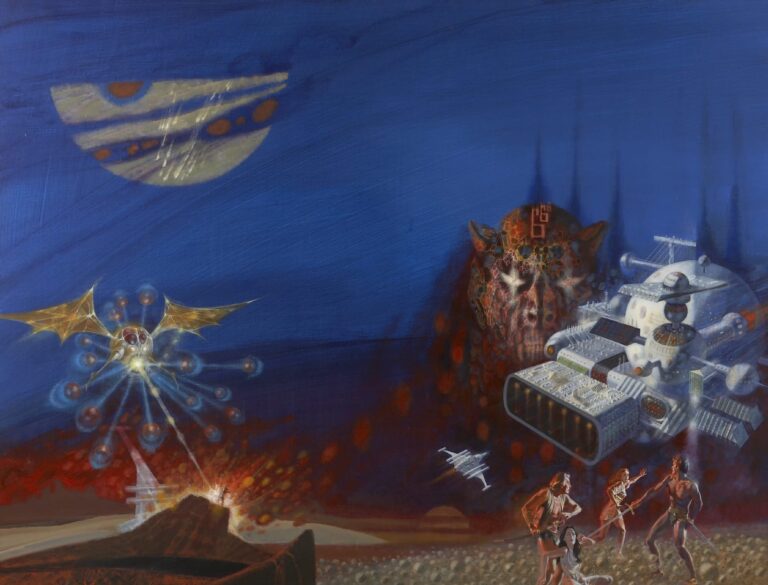 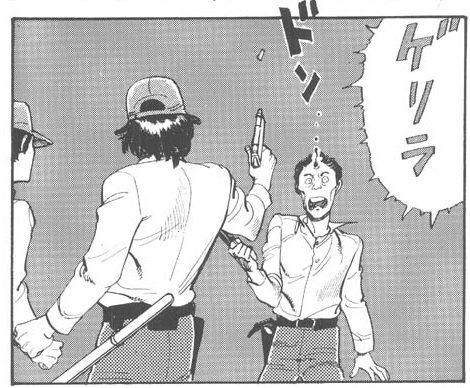