Let's keep 2014 going right with another column from historian R.C. Harvey. This time he looks into some of the murkier aspects of the origin of the Superman comics:

We know who invented the Man of Steel. Jerry Siegel. But the invention in early 1933 was followed by frustration: for the next four years plus a few months, Siegel and his drawing partner Joe Shuster tried in vain to sell their creation to newspaper feature syndicates and to publishers who were just hatching the comic book business by reprinting newspaper comic strips in magazine format. Nobody wanted this super strong refugee from the disintegrated planet Krypton. And then, all of a sudden, Superman was “discovered” by a young editorial assistant tangentially connected to the McClure Syndicate. Sheldon Mayer, just out of his teens, was working with M.C. “Charlie” Gaines, who, in turn, was functioning as a sort of freelance salesman and packager, scouting for printing jobs for the two new color presses McClure had acquired when Bernarr MacFadden’s scurrilous Daily Graphic folded in 1932. Hanging around the McClure offices, Mayer saw the Superman comic strip Siegel and Shuster had submitted in the hope of getting their brain child syndicated. And Mayer’s brain exploded.

But he couldn’t convince anyone to sign up the feature. Not Gaines. Not any of the McClure officials.

“They all asked me what I thought of it,” Mayer said. “I thought it was great. And they kept sending it back.”

[Dennis Eichhorn] was a sort of mirror image to Harvey Pekar, as both men were writers who employed a number of alt-cartoonists to depict stories from their everyday lives, as well as their checkered pasts. In Pekar's case, of course, he sought to draw poignancy from the mundane and quotidian while exploring his emotions, intellectual interests and the interesting people he happened to work with and frequently befriend. Nothing much "happened" in those stories in a kinetic, narrative sense, other than a particular thought or anecdote being relayed in a memorable fashion. Eichhorn, on the other hand, has led an extraordinarily colorful life and isn't afraid to share every detail with his readers.

Indeed, every Eichhorn story includes either a fight or some threat of violence, a wild drug sequence, a graphic and frequently hilarious sex scene, a recounting of some interesting and generally unbalanced person he happened to encounter, or some combination thereof.

—News. Marvel will be taking over the license for Star Wars in 2015. That franchise has been a big part of Dark Horse for a couple decades now. Marc Arsenault of Wow Cool and Alternative Comics has opened a store. You might not want to buy this drawing on eBay.

—Interviews. Excellent interviewer Michael Silverblatt has a discussion with Joe Sacco. Tom Spurgeon talks to writer-about-comics (and TCJ contributor) Zainab Akhtar. Political cartoonist Zapiro talks about getting a complaint by phone from his frequent target Nelson Mandela (via):

—Funnies. The Barnacle Press site has a bunch of newly posted strips from George McManus's Newly Weds. And Janelle Asselin & Katie Cook start a series of webcomics on gender and comics at Bitch magazine. (Slight point of disagreement: in my opinion, "sequential narrative/storytelling books" is definitely not a term worth knowing.) 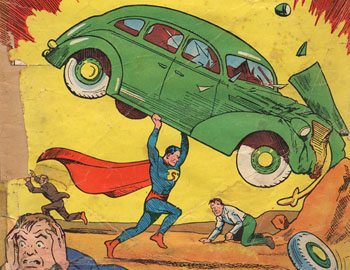 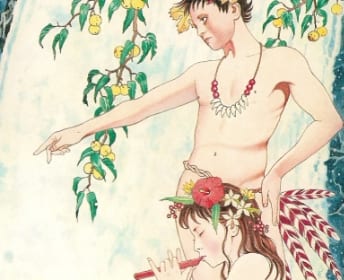