Welcome to the new week. Yesterday on the site Frank Santoro put up his latest New Talent Showcase, this time with guest writer Ariel LeBeau.

And R.C. Harvey comes in with his latest profile, this time of the underrated adventure cartoonist Zack Mosley. Mosley had a great feel for the grotesque, which, as you'll learn, he came by via the great Chicago cartooning school, not to mention a serendipitous hiring of Boody Rogers. Here's a taste:

While waiting for an appointment, he wandered in to Walter Berndt's office, and after canoodling a little about Berndt's strip, Smitty, Mosley heard some startling news: Patterson was about to double the Sunday comic section to sixteen pages. Before Mosley had time to rejoice at the timing of his errand, Berndt went on to explain that the new strips would be selected from 400 candidates already on exhibition awaiting the Captain's decision. Mosley decided to enhance the odds in this 400-1 shot: he would go ahead and see Patterson in order to show his strip personally.

The Captain was not impressed. "You're a lousy artist," he said when he saw Mosley's samples. "But you seem to know a lot about aviation. How much pilot time have you had?"

Tom Spurgeon has an excellent interview with Ed Brubaker, in which they discuss Marvel, Before Watchmen, and ownership. It's your essential read of the week.

The Mindless Ones has a fine installment of its podcast, Silence!

Over at our kind publisher's site, Kim Thompson has notes on the latest Tardi book, New York Mon Amour.

And finally, here's "The Impudent Excursion" by Edward Gorey, from the May 1962 issue of Holiday. 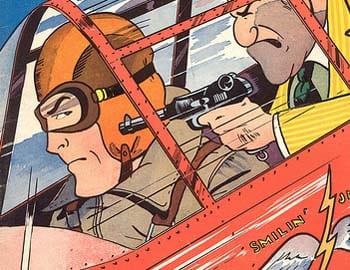 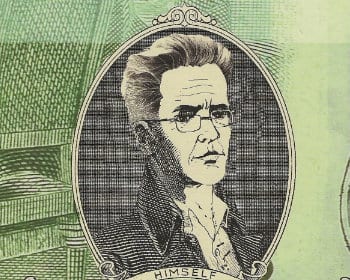