Welcome back to the internet. Today on the site, ace interviewer Gary Panter talks to Leslie Stein about her latest book, Bright-Eyed at Midnight.

We both have nocturnal lifestyles, which is great for making work, because the incoming people information slows down. You earn a living tending bar? Do you like it? And the solitude?

I do. I realized early on I wasn’t going to make a living drawing comics so I went for a job where I could make a lot of money in a short period of time so I could draw most of the time. It’s a very strange dynamic, spending most of my time alone with my thoughts and then suddenly being thrown into a situation where I have to talk to 100 different people a night. That was a huge part of me starting this project, feeling like I was giving away all my energy to strangers, and then being awake all night alone with no one to talk to. So I started drawing about my days, or nights, rather, and just threw them into the void with the idea that no one would really read them.

The rendering of your character self is very childlike and the color is a blazing flower corridor which adds up to the whole thing coming across as very hopeful and vulnerable yet dealing with adult issues. Like life, the whole deal is kind of heart breaking and yet tough. 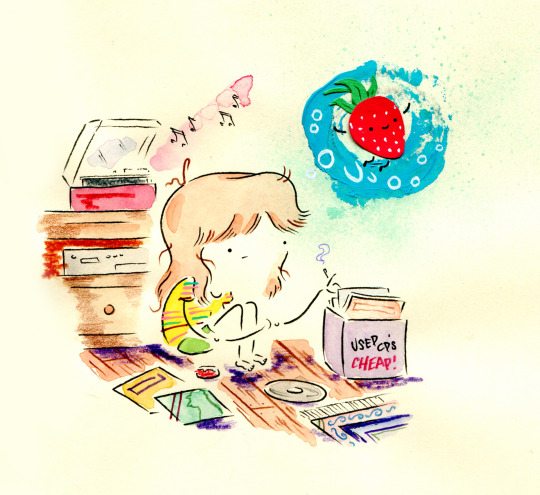 I feel like the toughest thing to do in life is to give oneself over to vulnerability. I was having a difficult time during the year I made these, and I didn’t even really write about a lot of what was actually happening, but I feel like it’s in the open spaces. Really, why one is feeling any certain way doesn’t really matter, because whatever causes emotional pain doesn’t really exist, but whatever lingering emotion that comes from these events are reality, and are tactile in a way. I’m always more interested in exploring emotion over anything else. I have nothing to say, no social or political agenda. My art is graffiti. “We express whatever, whatever it is.” - John Coltrane

John Adcock writes at length and in depth about the French editions of Krazy Kat.

Robert Boyd has posted an online version of "Comixploitation!", a slideshow talk he recently gave about the superhero comics industry's historical mistreatment of its most prominent creators.

—Misc. Caitlin McGurk at the Billy Ireland Cartoon Library notes that several recent strips being sold on eBay as if they were Bill Watterson originals were actually fake, as the museum holds the originals.

A Quiet Talk with Leslie Stein 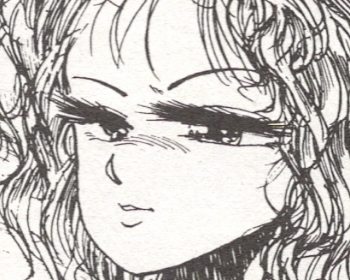