Eleanor Davis is here with the final entry of her very strong week of Cartoonist's Diaries. IF you haven't been reading them, I highly recommend doing so. Thanks, Eleanor!

We also have a review from Sean T. Collins of Renee French's Baby Bjornstrand, which sounds typically atypical. Here's a sample of Sean's review:

A thing comes into three lives, without warning or explanation. A thing leaves those lives in much the same way. The time between: Baby Bjornstrand, the new Renee French graphic novel completing and collecting the webcomic of the same name. In the past, I've written that the hazy, watery wasteland inhabited by Baby Bjornstrand's masked, hooded protagonists and monstrous fauna evokes a post-apocalypticism that is, if not belied, then at least transfigured by the comic tone of the proceedings. Now that the series is finished, that's only true to a point. As the uniform proscenium staging of its panels suggests, Bjornstrand remains much closer to Samuel Beckett than Stephen King, despite French's astonishing proficiency with painstakingly penciled menace. Yet its morose ending has a bite that doesn't require the jaws of a monster.

—It may not be quite as necessary or useful as Adaline Glasheen's Census of Finnegans Wake, but Robert Boyd's who's who of characters from Jesse Moynihan's Forming is still pretty fun.

—And yesterday was Jack Kirby's 97th birthday. This being a three-day weekend, I suggest making a whole Jack Kirby holiday of it. Hand of Fire author and TCJ columnist Charles Hatfield posted an essay called "Kirby's Second Act". Tom Spurgeon posted his traditional overwhelming gallery of Kirby images. You might want to visit the Kirby family's Kirby 4 Heroes page. 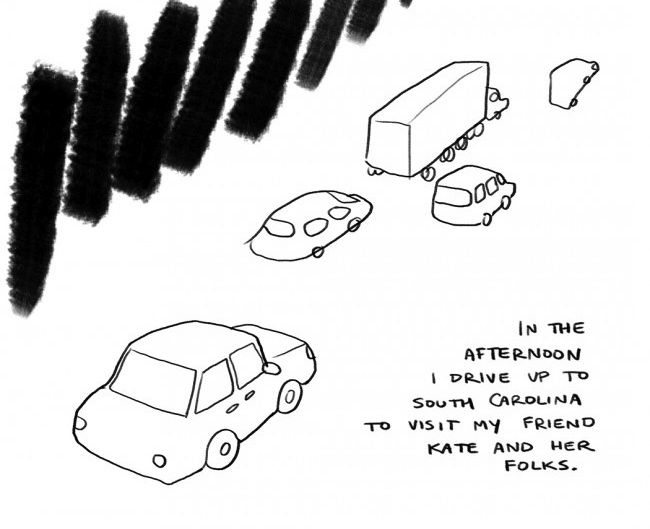 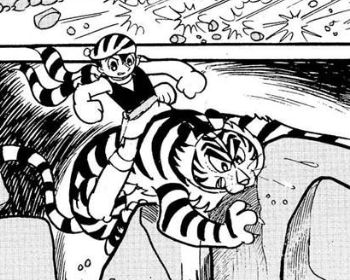