Here's a comic I did about my last week. 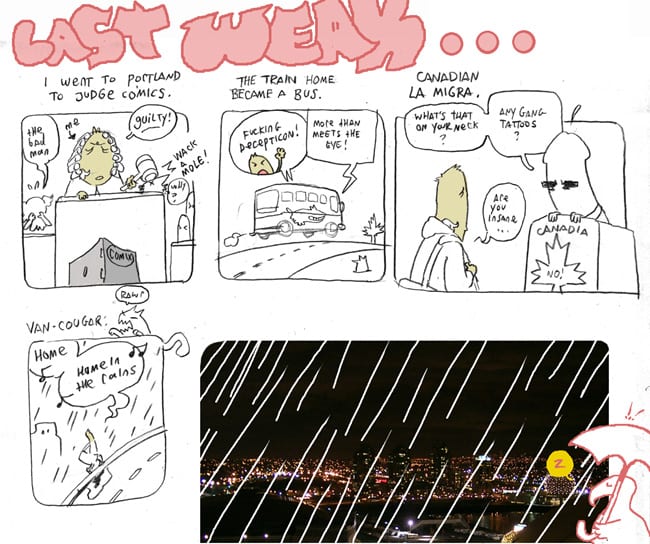 Last week I went to Portland to be part of the judging panel for the Stumptown awards. I'm always wary of whether awards in comics are a great idea. No way to avoid all the nepotism and bullshit. This was my test run and I had a good time and got to hang out with cool people and read comics, so it's hard to complain. I was thinking at best the awards could be used to get some attention to some unsung cartoonists who I think are doing great work.

I got to go to Cosmic Monkey Comics while I was down there.

Mr Zack Soto (of Secret Voice and studygroup12 fame) was working the counter, and that's my pal Joe Keatinge who was feeding and clothing me while I was in town: 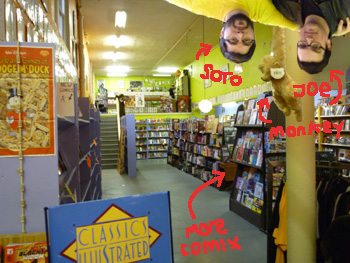 Cosmic Monkey's walls are lined with monkey drawings. Here are two by my pals Corey Lewis (Sharknife) and Ludroe, a childhood friend of mine that did a back-up comic in my King City #11: 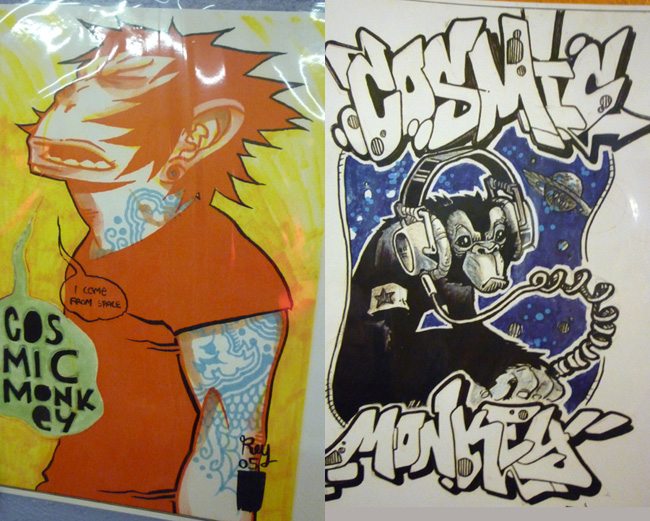 While I was there I got some comics. 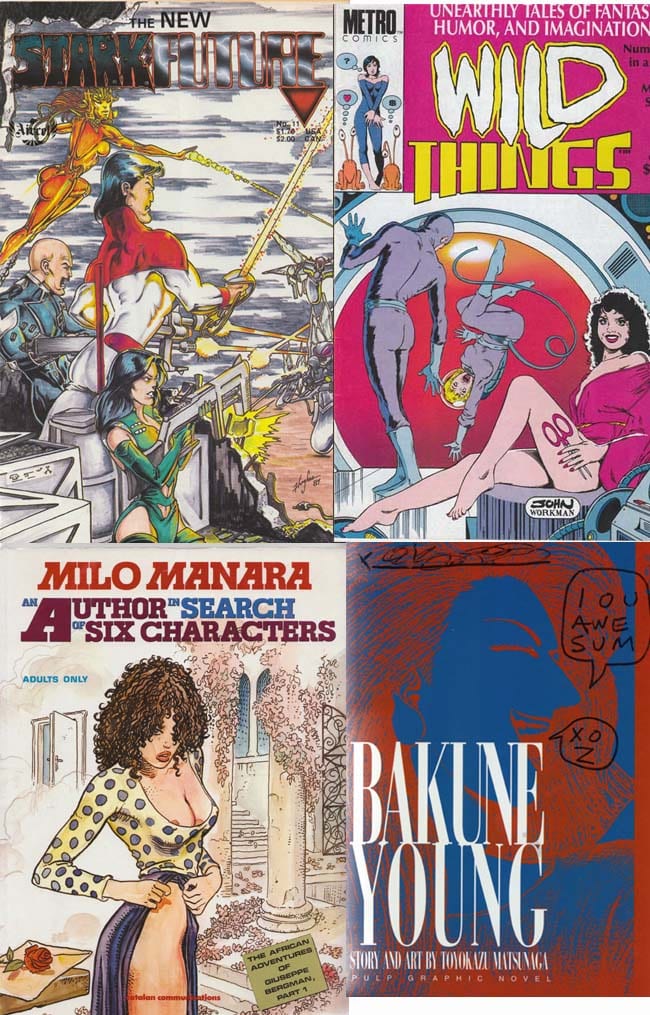 This Starkfuture comic I had as a kid. It's drawn by Steven Hughes who later went on to do Lady Death. (I like this a lot more.) Wild Things is a nicely drawn John Workman comic. Before this I'd mostly only seen his lettering --like on Paul Pope's Vertigo work.

Soto insisted that I get the Bakune Young manga, and I made him write "IOU AWESUM" on the cover and sign the shit. That nonsense scribble he called a signature won't stand up in comic-book court.

I got the Manara book downtown at Powell's books. It was 7 clams. At the same place they had Moebius books for 60 and 75 $. It's too bad, I think the people that need to be seeing good Moebius science fiction the most are 15-year-olds who can't afford that ish.

Here's a face I made out of sushi : 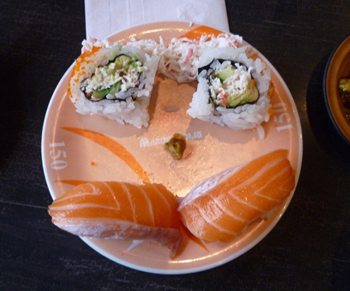 And some more photos I took in town. Always nice to see someone using Bode characters to vandalize a town. On the right is a giant lobster monster that was attacking the city (probably pissed about the price of Moebius books). 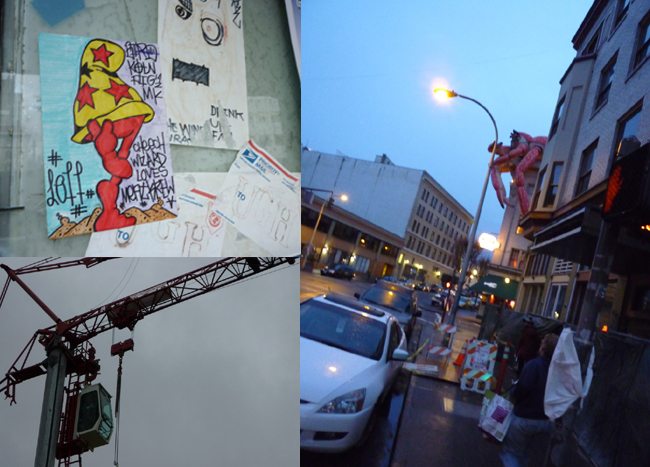 And then I got on a train(bus) and went home.

I drew how I was woken up the next morning my my dear sweet lady Marian: 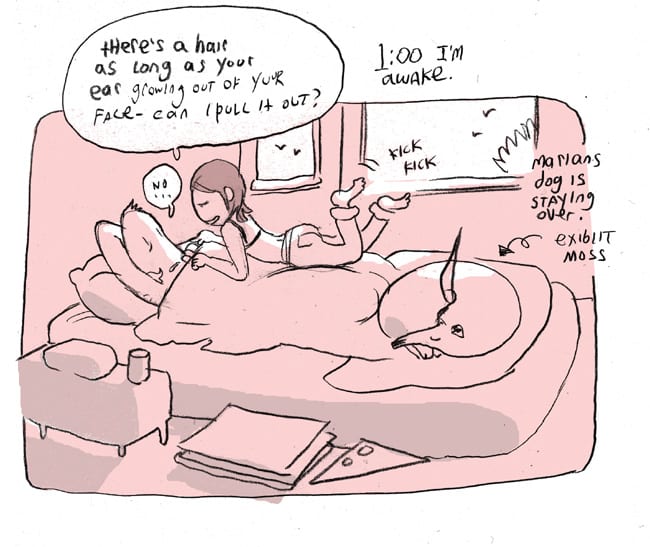 This bastard was outside my window: 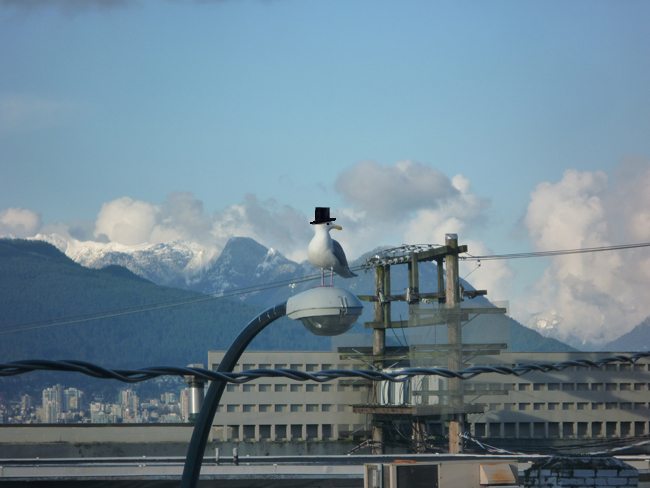 Me and Marian went out to this French bakery that she's all about. Baguette and Company. We got coffee and I got a chocolate-filled thing covered in chocolate.

Marian had a croissant made out of the souls of baby kittens. 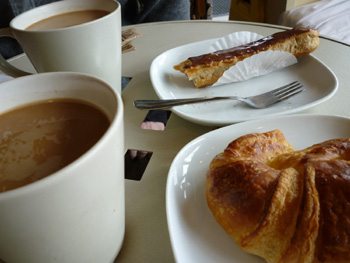 I owe Mr Richard Starkings a cover for his Elephantmen comic. Here's the pencils I sent him a couple weeks ago: 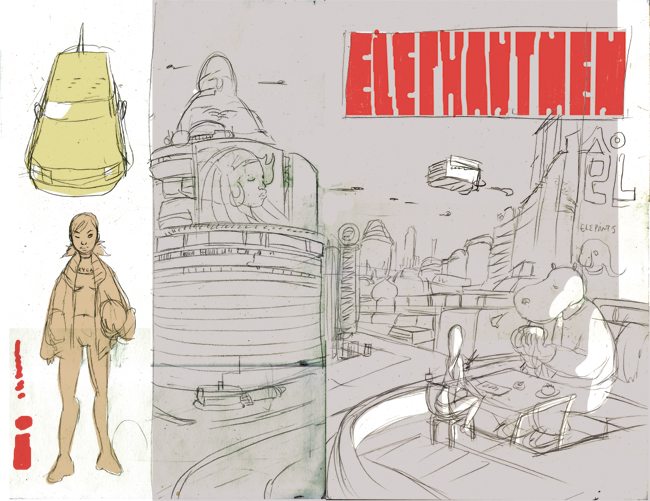 To figure out the perspective I taped another piece of paper to it and made a dot on it. 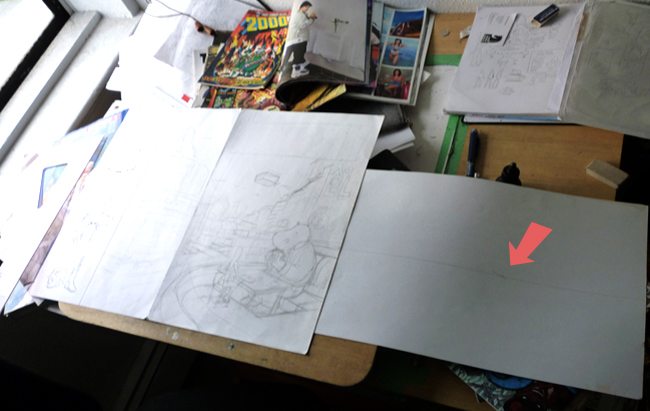 I like drawing these big-city drawings, I can just put on an audio book and doodle. I've been listening to Robert Heinlein's Friday.

And here's a page from my own comic I penciled around the same time. It's a Russian fantasy werewolf thing called Multiple Warheads. Oni Press is putting it out as soon as I finish 4 issues. This is page 95. 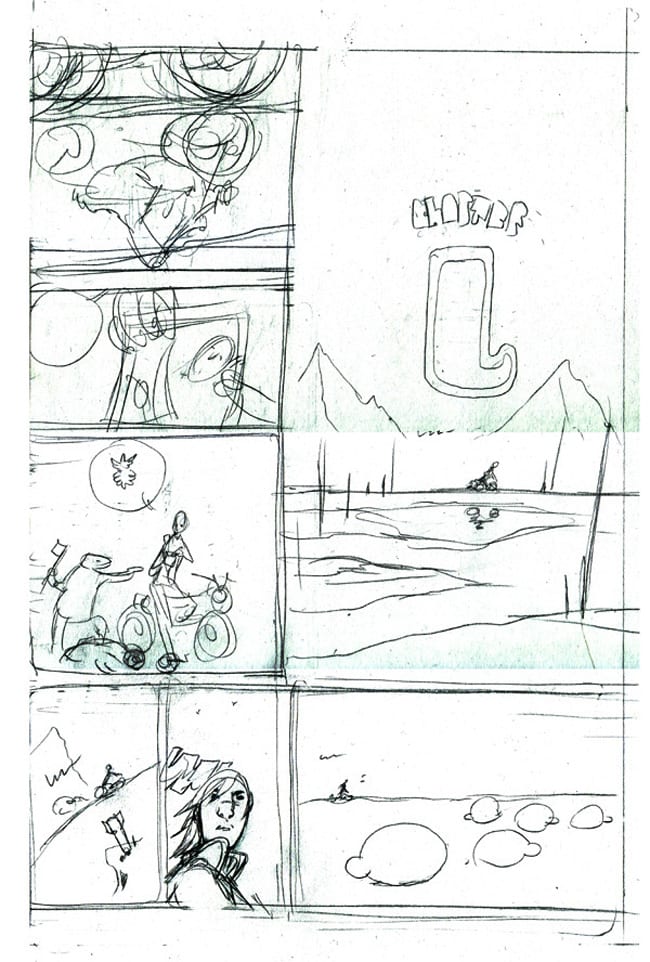 I've been alphabetizing the chapters. This one is L, so I did the panels in an L shape.

I also went over to my pal Claire's place and watched the shitty Twilight movies. Man, vampires are so played out. 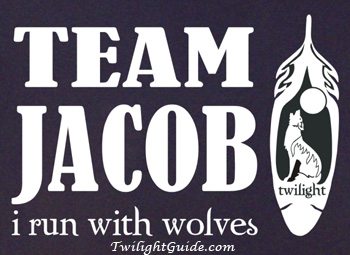 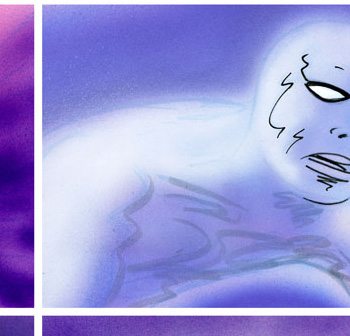 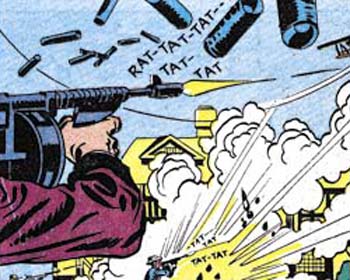