Today at TCJ, it's time for the latest installment in Michel Fiffe's ongoing evaluation of his inspirations: The Fiffe Files. This month's chapter is on The Flash, as depicted by a motley crew led by Mike Baron and William Messner-Loebs.

"Random weirdness" --! His Flash is definitely a weird read, but you gotta lock into it. You have to be open to unsentimental, almost disjointed storytelling. Baron packs the book with new concepts, but not in a flimsy way, like emptily sprinkling scenes with ideas to show how clever he can be. Baron actually tries to get in there and explore some of those ideas. Having Guice be the straight man who only draws what is required with no fluff, no fanfare, no oomph is a good balance.

Our review of the day comes via Jake Murel, and it's of Nora Krug's remarkable (and demanding) new book, Belonging. Is it a comic? A visual memoir? What does all that stuff mean, anyway? Jake's on it:

But her diverse assortment of visual material raises a question about Belonging’s connection to comics and the nature of comics writ large. In short, is Belonging a “comic?” The back cover—at least of my review copy—advertises the book as a “visual memoir,” a term I initially assumed to be a semantic device for distancing an essentially comic text from the supposed low-brow, commercial escapism often attributed to comics. But the more I read, the more I wondered whether this might be a valid distinction. Is Belonging distinct from comics, not because of its content, but its form? It utilizes few structural elements typically of comics, such as panels or word balloons. Krug includes several interstitial comic sequences throughout her book, but she tells the majority of her narrative through stylized, handwritten text accompanied by an array of images. Though every page contains some sort of image, nearly all of the pages are so text dense that the singular included image could be removed and not much would be lost in the reading experience. The images become little more than decorative illustrations, a feature that opposes what most cartoonists and comics scholars consider (good) comic art.

And that's not all--not by a long shoot. Dig in, because we've got a rock solid interview with Stan Lee, from 1968, which we originally published in Comics Journal #181. There's a whole lot of meat on this one, friend. Here's a taste.

WHITE: Well, you’re getting more competition all the time, of course. New companies keep coming into the superhero field all the time. There are the Tower people … and Harvey Comics … Those are the most flagrant imitators. How do you feel in general about the imitators?

LEE: I wish they would peddle their papers elsewhere. The flattery kick — we’ve gotten over that years ago. We realize that we are rather popular now. We appreciate it. But the thing that bothers me … corny as it may sound … We really are trying to make comics as good as comic can be made. We’re trying to elevate the medium. We’re trying to make them as respectable as possible. We … our goal is that someday an intelligent adult would not be embarrassed to walk down the street with a comic magazine. I don’t know whether we can ever bring this off, but it’s something to shoot for. At any rate, we try to do this. Now when other companies come out, and they try to make their books seem like our book as if they’re all in the same class, the same milieu … and yet the quality is inferior, the art is inferior, the writing is inferior, the plotting is inferior. I feel this does nothing but hurt us. The adults who don’t read comics, but who … whose youngsters try to convince them that comics are really pretty good. You know, who may read ours and like them, say “Why don’t you read one? They’re really good.” And the people who are uninitiated but who have heard about comic and might want to pick up one of those imitations, look at them and say, “Aw, I knew it That fellow who told me comics are good is really an idiot. They’re as bad as they ever were.” In this way, I think we can be hurt by imitators.

WHITE: The imitators make themselves look so much like your line that many readers may think they’ve gotten hold of a Marvel comic.

LEE: Exactly. Now … silly as this may sound, or hard to believe as it may sound, I wish our competitors did better books … If they put out books of comparable quality to ours. Now, I don’t like this to sound as if I’m an egomaniac, but I think you see what I mean. If … if I felt myself that the art and stories were as good as our books, I would be happier because I would feel that we’re all elevating the field … and we’re all going to benefit by it.

WHITE: It would put more pressure on you to get even better …

LEE: Right. But as it is, at this particular moment, I still think that we are doing the only somewhat significant work in this field. There’s the occasional exception.

Over at Women Write About Comics, Wendy Browne has the most detailed write-up on Library Journal's Virtual LibraryCon, which took place a few weeks ago. I also attended that event, and my main takeaway was that there's probably going to be a lot more of those types of online conventions to come--the structure and interface of the whole thing has a very clear appeal to a type of fan who is only becoming more and more common.

Over at Popula, they continue to publish comics by a murderer's row of recognizable names, like Mimi Pond, Lauren Weinstein, Meghan Lands, Tom Hart & Trevor Alixopolus.

Over at the New York Daily News, they've got the latest update on the bribery trial involving an ex NYPD officer, who recently testified he got a gun permit for Ike Perlmutter in exchange for tickets to Marvel movie premieres. I love reading about this story and don't care how true it is or not: who doesn't want to read a screwed up news story about dumb nonsense that doesn't correlate to hyperclimate chaos or hardcore alt-right racism or anything other than some rich creep allegedly getting a gun permit he couldn't possibly need from some rando goon who isn't creative enough mentally to say "give me a lot of money" but instead says "I want to be the first in my circle of friends to see a Benedict Cumberbatch motion picture". There's so many awful, upsetting reasons people get in trouble and so many awful, upsetting people who get away with trouble: it's always a treat to see assholes being roasted in public for the dopey things that assholes do. 'Nuff said! 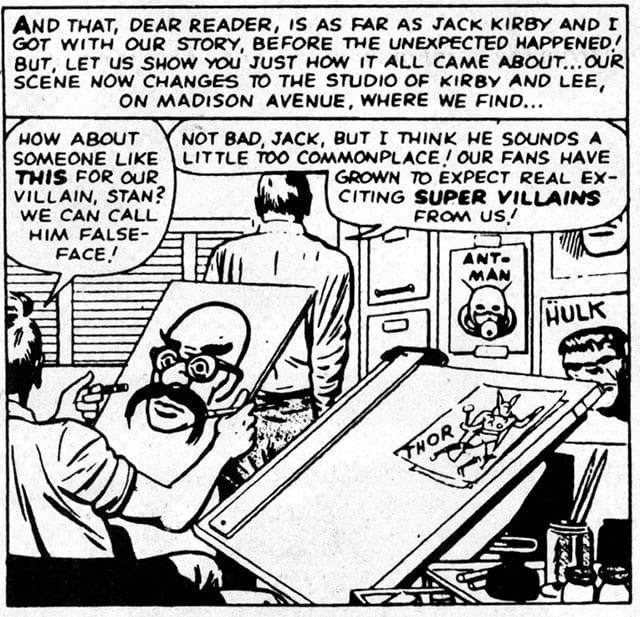 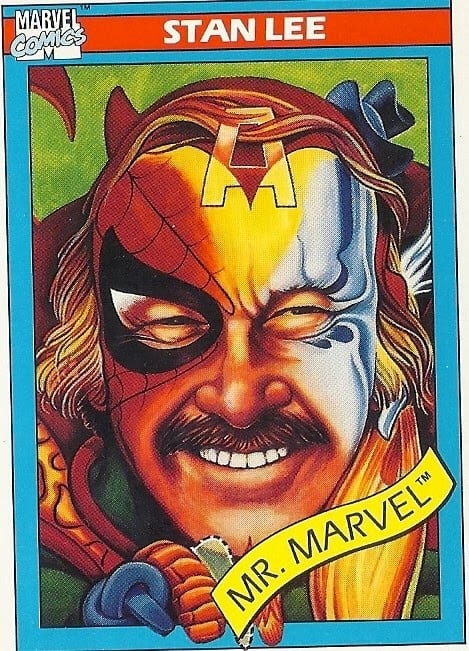 The Strange Case of Stan Lee