It's Tuesday so it's Jog'sDay. And Joe Ollman's diary rolls into day 2.

The comics symposium MIX is coming up, and there's a call for papers.

Abhay Khosla writes the Iron Man 3 review for you.

Here's the beginning of multi-author a celebration of Matt Wagner's 1980s alt-superhero, Grendel.

Matt Wagner: “The Hunter Rose version of Grendel was the first comic book character and narrative I ever developed. I wanted to feature the villain/anti-hero as my title character, a motif that just wasn’t done in the commercial comics of those days.

“After I moved my attentions to developing my first color series, Mage, I began to hear back from readers, asking me whatever happened to the story I’d abandoned in Grendel. So, I adapted that narrative to fit into 4-page segments as a backup feature in Mage.

“The result was that I had to really stretch my storytelling sensibilities and find a new and innovative way to tell that tale, little realizing that motif would become a hallmark of Grendel throughout its long history.”

And a bit of news on my end, the cartoonist Blutch has canceled his appearances in North America. 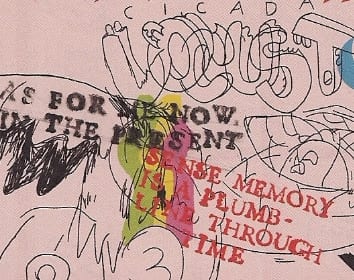 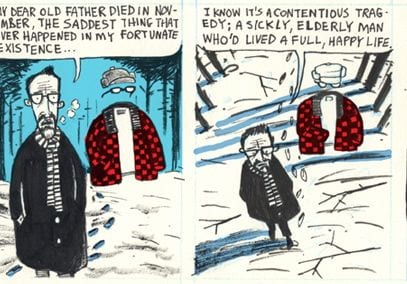