Sorry about this week's Hurricane Irene-related delay in comic-book coverage. Other than the contaminated Essex County water supply, it looks like pretty much everything related to the East Coast branch of the Journal is back on track now. We hope all of our affected readers came out okay.

Today in his column, Ryan Holmberg takes a break from documenting the history of alternative manga, and focuses on the immediate and lasting effects of Japan's massive tsunami and earthquake on the manga industry, both in the form of manga reportage about the events, and the actual physical destruction of manga. A sample:

Fans searched Tohoku high and wide to read the newest chapter of One Piece in the March 19 issue of Jump. To find a copy, one man drove from Sendai to Yamagata (over an hour by car when roads are clear and fuel plentiful), bringing it back to Sendai, and lending it to a bookstore owner, who posted on his shop window a sign saying “Read it here!! Shōnen Jump March 19th issue, no. 16. One copy available.” Word spread quickly. Kids biked in from over 10 kilometers. More than 100 kids came to read that single issue.

And Mike Dawson returns with another episode of his podcast series, this time interviewing the cartoonist and publisher Tom Kaczynski.

Links-wise, I'm a little behind on my internet reading, but here are a couple to tide you over until I get back up to speed.

1. Elsewhere on the internet, the indefatigable Rob Clough reports and provides commentary on his top fifty comics of 2010. Always solid stuff, and plenty of titles that almost anyone not named Rob Clough probably missed.

2. Some lucky ones among you will already own copies of the minicomic in which these mutated strips originally appeared, but the rest have only read about them. 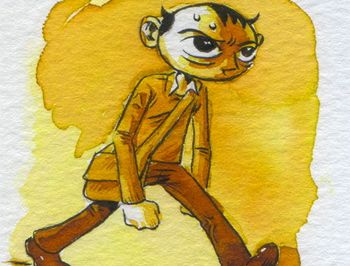 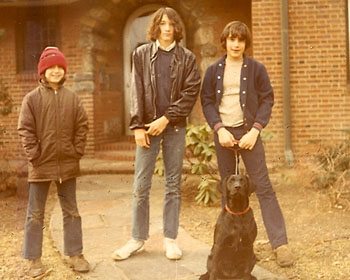