—The nominees for this year's Ignatz Awards have been announced. (One of the nominated comics is one originally published on this site, the Cartoonist's Diary contributed by Rina Ayuyang. Congratulations, Rina!)

Stein has also been soliciting suggestions on Facebook for abstract paintings, and songs to interpret. “It’s such a fun exercise for me, and seems to make other people happy too. And at the same time, I’m learning about different music and communicating with people about something we love. I think I am also trying to have fun, and obviously my work is incredibly emotional, so those blend the joy and the pain.” For Stein, her work, whether abstract or narrative, is increasingly about emotional connection: “I’ve gotten some mail from strangers that thank me for sharing [my experiences], and then they share with me. A couple have made me cry. So lately, more than ever, there’s also been a desire to help people by putting out honest and caring work.”

“I don’t like to spoon-feed the reader,” says Cotter, who appears as a featured guest at this weekend’s Kansas City Comic Con. “Anything I read or watch that appeals to me the most is the work that makes the reader meet the author or director halfway. The reason I like (Stanley) Kubrick, for example, is he doesn’t explain everything. He doesn’t say, ‘This is happening. Now this is happening.’ ‘Nod Away’ draws the reader into the world and makes them become a part of it.”

—The latest guest on Inkstuds is Lawrence "Rawdog" Hubbard of Real Deal fame.

For Bagge, the real turning point for him with Neat Stuff was the ninth issue, which was taken up entirely by one 30-page piece, “Hippy House”—an early Buddy Bradley adventure in which he starts gravitating away from his high school friends and hanging out with a local weirdo who likes the same kind of ’60s rock that Buddy does. In the story, Buddy is both completely obnoxious and painfully relatable. He represents everyone’s worst teenage self, at once awkward and cocksure, but he’s also striving throughout to figure out who he wants to be when his school years end. “I was revealing certain things about myself in that story that I was a bit self-conscious of,” Bagge admitted.

("Hippy House" is one of the greatest comic-book stories ever created.) 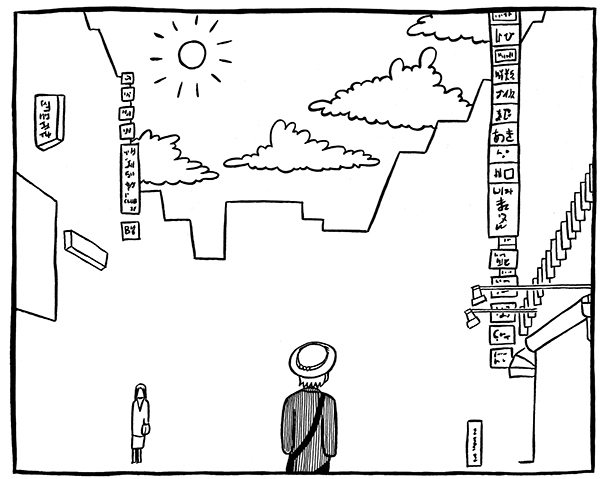 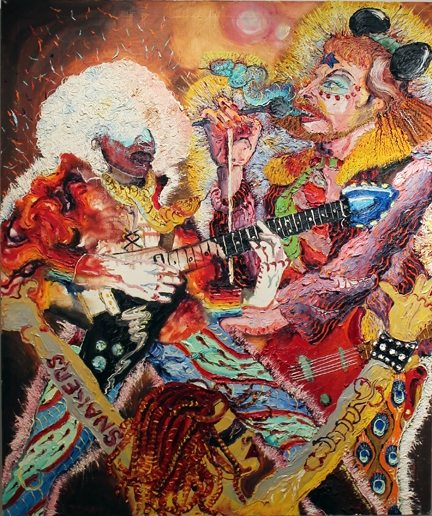