One of the key differences between popular entertainment and more ambitious art is that art has a longer memory. Popular entertainment tends to be ephemeral and faddish, moving from one style to another in quick succession. The arts by contrast build on earlier achievements with each new generation engaged in a dialogue with past masters.

If I were forced to pare down the immense achievement of the late Bill Blackbeard into a pithy phrase, I would say that he was the man who gave comics its memory. Cartoonists like Winsor McCay and Frank King were immensely popular in their heyday but they worked in a notoriously fleeting medium, the newspaper page, and once their work stopped being published they were relegated to the dusty corner of the cultural consciousness reserved for trivia questions (“Who created Gasoline Alley?”). Largely thanks to Blackbeard’s unparalleled work as a collector and archivist, McCay, King, and countless other cartoonists from the early 20th century aren’t just answers to trivia questions, but rather are living forces in the comics world, with their major works in print and vibrantly influential on the best young cartoonists of the day.

Seth has spoken many times of how as a young cartoonist in the early 1980s he was forced to become an amateur archivist because of the dearth of comics reprints which could give him a sense of grounding in the history of the craft. “I realized early on that I have to seek out my own ancestors,” Seth said at a panel at TCAF last year. “There was a couple of books you could use as reference books such as the Maurice Horn Encyclopedia which turned out to be filled with inaccuracies but I didn’t know that at the time. Basically what that meant was that you had to go out and find the material…. [Cartoonists] are collectors because they have to collect the material they need to study. They can’t just go out and buy books of it, at least not until fairly recent. That meant going out and haunting the primary sources. You’d have to go the dreaded humor section of bookstores, you’d have to look in paper shows, you’d have to go to Goodwills and antique shows and really dig around.”

In great measure due to Blackbeard's work, young cartoonists in 2011 don’t have to do the sort of antiquarian rooting around that Seth engaged in (and not just Seth: Crumb, Kim Deith, Art Spiegelman, Joe Matt, and Chris Ware also spent hours spelunking in used bookstores and other musty haunts). If a fledgling cartoonist now wants to learn about the history of his or her craft, she can go into the book store and find countless hefty volumes reprinting vast swaths of Winsor McCay, Nell Brinkley, Frank King, Milton Caniff, Harold Gray, Chester Gould, E.C. Segar, Alex Raymond, Roy Crane, Jack Kent, Tove Jansson, Charles Schulz. We are, it has often been observed, living in the Golden Age of Comic Strip Reprints. What’s less often been noted is that Bill Blackbeard is the one person more than any other who has made this golden age possible.

The outlines of Blackbeard's career have been told several times, with the best account found in Nicholson Baker’s Double Fold: Libraries and the Assault on Papers. In the early 1960s Blackbeard, then a middle-aged World War II vet and pulp fiction enthusiast, noted that local libraries were microfilming their newspaper collections and throwing away the paper versions, on the grounds that the paper copies took up too much space and were going to crumble quickly. Blackbeard immediately understood the dangers this presented to anyone interested in using newspapers as a source and in particular how this would make it impossible to preserve the history of comic strips. A newspaper tearsheet for a comic strip could be reprinted and give readers a good idea of what the strip looked like, something that was impossible from microfilm.

Blackbeard asked his local library if he could have the newspapers they were throwing away. He was told that as a private citizen he wouldn’t be allowed to but they could be donated to an institution. Blackbeard’s solution was to make himself into an institution, becoming the Founder-Director of the San Francisco Academy of Comics Art in 1968.

Newly incorporated, Blackbeard was in a position to save and salvage as many newspapers as he could get his hands on before they were sent to the rubbish pile. Working with a strong network of comics fans, he got the word out to libraries all across North America that the San Francisco Academy of Comics Art was where they should send those large bound volumes of newspapers. Blackbeard’s network included two retired bus drivers (Gale Paulson and George Cushing) who criss-crossed the continent on Ryder Trucks (loaned from another friend) packed to the gills with yellowing newsprint. At the time, Blackbeard was also an active part of San Francisco's bohemian subculture that included the Beats and the underground cartooning scene.

Collectors come in two basic types: hoarders and sharers. Hoarders collect as much to deny other people their treasures as to enjoy it themselves. Blackbeard was a sharer. He loved those old strips and wanted as many people as possible to look at them. I have no way of tabulating how many books he edited. According to one source there were more than 200 volumes, but I think that’s a bit on the low side, especially if we consider all the volumes that didn’t have his byline but wouldn’t have been possible without the archive he set up.

Blackbeard was an activist-archivist and a civic-minded collector. As such his activities parallel the larger emergence in the 1960s of a culture of committed citizen preservationists who challenged the dominant trend of technocratic modernism to obliterate the past. One thinks here of Jane Jacobs fighting against Robert Moses or Richard Nickel valiantly trying to preserve the legacy of Louis Sullivan and the prairie school. Like Jacobs and Nickel, Blackbeard demonstrated that passionately organized amateur groups could fight against the misguided impulses of large organizations (whether corporations or governments).

Blackbeard would make a fine pirate’s name and Bill did have a swashbuckling entrepreneurial streak worth of Captain Kidd or other famous buccaneers. But in his generosity in sharing his wealth, he was no pirate. Quite the reverse—he was a Johnny Appleseed whose planting will benefit many future generations.

As an editor, Blackbeard’s greatest achievement was The Smithsonian Collection of Newspaper Comics which he assembled with Martin Williams in 1977. Enough good can’t be said about this book. Impeccably selected and designed, it remains the best one-volume survey of American newspaper comics, giving all the highlights of the form. The book is a wonderful appetizer because Blackbeard and Williams highlighted the best work of each cartoonist selected: reading The Smithsonian Collection often leads to a more intensive study of Little Nemo, Krazy Kat, and other early 20th century wonders.

One anecdote about the influence of the Smithsonian book. Joe Matt, Chris Ware, and I all read the Smithsonian book when we were teenagers and that’s where we first encountered Frank King’s Gasoline Alley. Blackbeard had cunningly selected some Sunday pages highlighting King’s graphic mastery, including the famous page done in a woodcut style. Ware and Matt both became Gasoline Alley collectors while I started to research the history of comics. Our shared passion came together in the Walt and Skeezix series, something impossible to imagine without Blackbeard’s showing us the way. In 2003, while doing some research with King’s family, Ware and I were shown a healthy stack of original art including the woodcut strip. The collecting route had come full circle. If you multiply this anecdote by a hundred, you'll get a sense of Blackbeard's impact.

The Smithsonian book gives us a rare glimpse into Blackbeard’s personal taste. He loved comics of all sorts but he had a special fondness for the rollicking cartoony adventure strips of the early 1930s: Roy Crane’s Wash Tubbs and Captain Easy, Gottfredson’s Mickey Mouse, and Segar’s Thimble Theatre. These were the strips that Blackbeard read as a young boy. They are all given generous (and well-deserved) space in the Smithsonian collection. Blackbeard’s boyish passion for these particular strips was, I think, the secret heart of all the energy he devoted to comics.

The excellence of the Smithsonian book can be seen not just in the well-selected examples from major strips like Little Nemo and Krazy Kat but also in the connoisseurial intelligence evident in the selection of minor strips like Charles Forbell’s Naughty Pete, Harry Tuthill's The Bungle Family, Garrett Price’s White Boy, and Jack Kent’s King Aroo. It’s hard to imagine that there were many people in 1977 who had even a dim memory of these strips but Blackbeard appreciated their quirky virtues and rescued them from obscurity. In that sense, the Smithson collection was a precursor to both Dan Nadel’s Art Out of Time (which reprinted Naughty Pete, White Boy, and The Bungle Family) and the marvelous King Aroo collection produced by Dean Mullaney and Bruce Canwell.

Almost as pivotal as the Smithsonian collection were the books Blackbeard edited in the 1980s and 1990s (the Terry and the Pirates series, the Wash Tubbs and Captain Easy series, the Krazy and Ignatz series). These books aimed to give complete runs of strips with annotations and historical context. Prior to Blackbeard, no one had thought to lavish on strips the sort of editorial attention routinely given to classic works of literature. These series raised the bar for comic strip reprints, setting the stage for more recent reprint projects.

Much more could be said about Blackbeard, who was a much larger figure than even his collection. He served his country in one of history’s few noble wars. His collecting and editing was augmented by the many essays he wrote, which were often groundbreaking. Like many pioneering scholars, he made his share of mistakes but all future research will build on the foundation he created. As with any prolific writer, he had some heartbreaking projects that miscarried. In the 1970s he had a contract from Oxford University Press to write a book called The Endless Art: The Literature of the Comic Strip. Later, he worked on a Herriman biography. Neither project made it to print, a major loss for comics scholarship, although its hard to imagine how Blackbeard could have written them and edited all the books he did at the same time. So in a real sense, the editing work he did was built on the sacrifice of his own larger writerly ambitions.

Bill Blackbeard had a rich life and he leaves a legacy so grand that it will take decades to come to term with his full achievements. He was a giant and we will remain in his shadows for years to come. 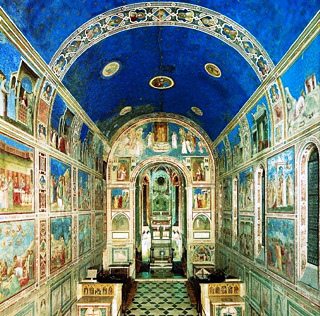 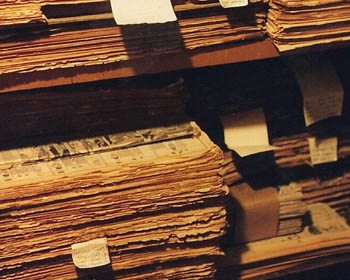