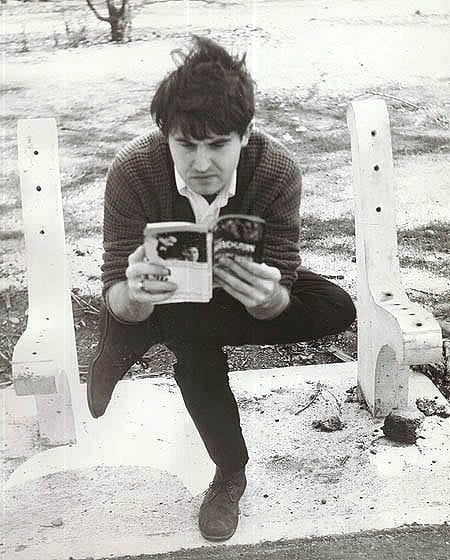 An important person has died. He wasn't a politician or a famous movie star, the kind of person most people consider important. Bhob Stewart was an eccentric fellow whose talents and intelligence contributed creatively to American culture in many ways over the course of his life.

Without the burdens of a giant ego or lust for wealth, most of his professional occupations occurred behind the scenes, in one way or another.  I believe he was content with that.  He never complained to me that he was frustrated in reaching any lofty goal.

When Bhob arrived in New York City in his early 20’s from small town adolescence in the middle of the country, he tried everything, even acting. Many of his experiences in living are recalled in his longtime blog Potrzebie, in which his research and accompanying graphics about a vast variety of subjects were masterfully assembled. Check out the current and earlier entries before it's taken down.

Early on, figuring he might get a byline sometime, for something, he put the ‘H’ in his first name, realizing there were probably thousands of other Bob Stewarts right there in Manhattan.

Even as a personal friend for over 50 years, it's difficult for me to list my pal’s achievements in order of their preeminence because everything in his worldview was related and important to him.

I never knew anyone more fascinated by the concept of synchronicity than Bhob. Nothing was without relevance, without some cosmic connection to something else, and he could expound at length to convince others.

Bhob was creative, both as an artist and a writer, but he mostly wrote reviews, biographical and historical articles, and other nonfiction that seldom attracted much attention beyond the limited subjects of his erudite commentary.

It's hard to evaluate how much the casually delivered opinions and insights of an individual can affect the judgments and consensus of a wider population, but Bhob was one of those unique people who come along every generation or so who examines everything, comments on much of what he sees and hears, and challenges a good deal of it.  He was never smug or condescending to anyone, always asking questions, expecting answers, relishing every interaction that came along.

Here's a brief outline of Mr. Stewart’s professional life, in no factual sequential order at all. His first substantial job (he was actually paid a salary) was at TV Guide.  Among other duties he was tasked to describe all the movies upcoming on TV each week in just a few words, providing a capsule review intended to let a prospective viewer decide whether they might or might not want to watch the movie. Bhob, according to my questioning years later, didn't seem to appreciate how influential his subtle hints in these brief reviews could be.

Very early in his career, he wrote for and edited Castle of Frankenstein, one of the first magazines devoted to horror movies.

In collaboration with his friend John Benson, he interviewed Bernard Krigstein, which was one of the first published interviews with a comics artist that proposed graphic art was a legitimate art form, worthy of attention.

He was in a short play, The General Returns From One Place to Another by Frank O'Hara, that premiered on a double with "The Eighth Ditch" by Leroi Jones, both plays starring Taylor Mead. He was in a comedy workshop with Vaughn Meader. He contributed a continuing cartoon for The Realist and contributed to underground comics. He made a short film, The Year the Universe Lost the Pennant, which was in the Filmmakers Co-op Catalogue and was championed by Jonas Mekas in the Village Voice. He wrote a paperback about the Fonda family. He curated one of the early comics exhibition in a major North American museum — the Corcoran, in 1969. He also worked for Woody Gelman at Topps, most notably on Wacky Packages.

Bhob taught art courses at a college in Boston, and stayed in touch with several of his students, some of whom went on to successful careers as illustrators.

At DC comics, for several years, he was an assistant to Joe Orlando, in the licensing department, which involved many diverse products and all manner of production jobs.  Once, out of the blue, knowing I could handle it, he sent me a small production job for a set of trading cards that paid very well.  I enjoyed his anecdotes of dealing with various DC and Mad artists involving special artwork for occasionally odd licensed items.

For decades, before, during, after and between other jobs, Bhob wrote book reviews for Publishers Weekly, sometimes providing two or three reviews a week for two or three different editors at that publication. He reviewed all kinds of books, on every subject imaginable, and it wasn't by accident that so many editors had confidence in his perceptions. Bhob had so many interests, and such clarity of thought that he could distill the general theme of any book, and express a positive or negative opinion of its relevance in a few well chosen words.  Now, that’s influence.

Occasionally I'd mention a book I’d just read to him, and he invariably had an opinion about it.  Bhob read everything!

Bhob and I shared a common interest, the admiration of a genuine genius we knew and worked with as assistants, both as writers and artists, named Wally Wood. His book, Against The Grain, was many years in various stages of production, held for years by a particular publisher who somehow never got it into print. Finally released back to Bhob, he placed it with another particular publisher, who insisted it would contain no nudity or improper content. Finally in print, it garnered wide acceptance. Years later, the book, long out of print, revised and updated, is soon to be released by the original particular publisher, which will probably contain too much nudity and improper content. But that's the publishing world. Everybody has their own perspective.

Bhob coined a few phrases, now commonly accepted, like "Underground Comix", which he first uttered at a comic convention panel in the early '60s. But it's not incidental facts like this that put him in his proper place as the brilliant thinker he was. It’s the totality of his work, which I believe he thought was mostly play.

When the Internet and digital revolution came along, unlike many older people who resist anything new, Bhob dove right in, exhilarated by the expanding universe of knowledge it presented.

In addition to creating his own blog, and later joining Facebook, when he discovered Wikipedia, and realized he could contribute material himself, it was the beginning of another fixation that resulted in dozens, probably hundreds of entries. Bhob wrote, providing graphics as well, about many subjects of interest to him. Look up any syndicated cartoonist of the 20th century on Wikipedia.  Chances are better than 50/50 that he wrote the biographies you’ll find, along with providing rare examples of their features. As with most of his work over the course of his life, he wasn't paid or even given credit for these articles.

I believe this curious character’s mission in life was to offer knowledge to others, without any consideration of reward.  It isn't anything he expressed to me. It's my own deduction, as an observer of his lifestyle over decades

Martin Jukovsky, a lifetime friend since childhood, remembers Bhob as a generous man with an amazing, restless mind. I don't think there could be a better description than that.

I've forgotten a lot of his extensive professional accomplishments, but I'll always treasure my memories of the hours of fascinating conversations we shared over the years. I've lost a dear friend, and I'll miss him. 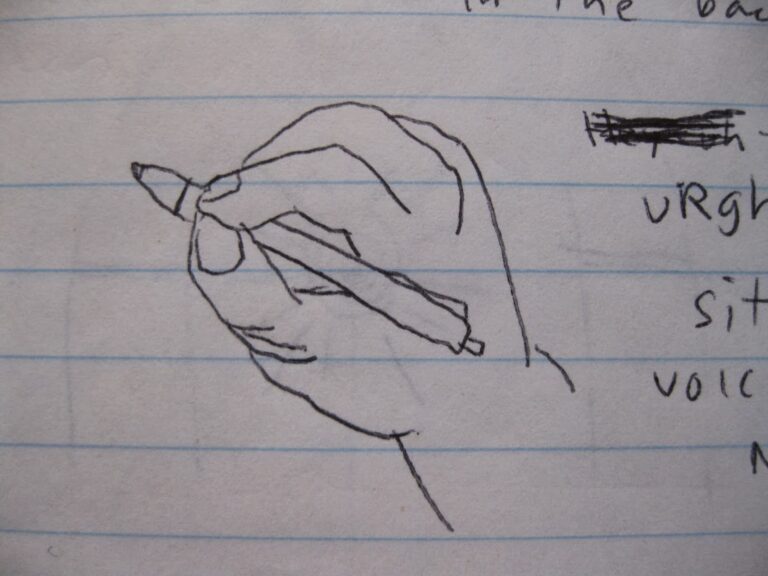 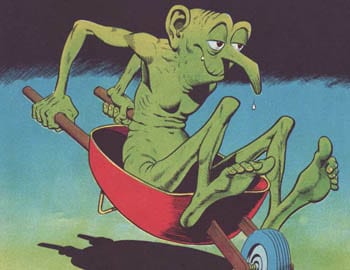