Today on the site, R. C. Harvey retells the story of underground comics, to mark their fiftieth anniversary.

This year is the 50th anniversary of underground comix. The official beginning was the publication in February 1968 of Zap Comix No. 1, which was sold out of a baby carriage on the streets of Haight Ashbury in San Francisco. But the underground was surfacing elsewhere—in Greenwich Village, in Chicago, in Milwaukee, Wisconsin, and in the unlikeliest of places, Austin, Texas. America culture as a whole was experiencing events as upending and disruptive as anything in revolutionary comic book format, whether ending with an x or not.

The ongoing Vietnam War-inspired protests that spread beyond the campuses where they started into politics and the wider society. As Jackson Lears outlined in The New York Review of Books (September 27), 1968 was the year of “the tormented Lyndon Johnson, enmeshed in an unpopular, unwinnable war and choosing to withdraw from the presidential stage; the anti-war candidacies of Eugene McCarthy and Robert Kennedy; the intensifying moral challenges posed by Martin Luther King, the assassinations of King and Kennedy; the racially charged violence in most major cities; the police riot against antiwar protesters (and anyone else who got in their way) at the Democratic National Convention in Chicago; the emergence of right-wing candidates— George Wallace, Richard Nixon—appealing to a ‘silent majority’ whose silence was somehow construed as civic virtue. ...”

The radical protests featured unknown entities who soon became famous—Tom Hayden, Mark Rudd, Abbie Hoffman, the Students for a Democratic Society (SDS), the Black Panthers, the Maoists, the Yippies, the devotees of Che.

In the midst of this surging social disruption, underground comix were a logical development—however illogical (even demented) and anti-social their content seemed. And they were cropping up everywhere in and around 1968.

Courtesy of NBM, we also have an excerpt from Michael Cherkas and Larry Hancock's new Silent Invasion: Red Shadows.

—Reviews & Commentary. Over at The Guardian, Ian Dunt pays tribute to Carlos Ezquerra.

Ezquerra started his career drawing war comics in Barcelona before moving to the UK and working for the anthology 2000AD and others. He brought the iconography of fascist Spain to Dredd’s extremely weird and vivid design and combined it with his experiences of living in Croydon through the 70s and 80s: the punk movement on his doorstep and TV images of policemen charging striking miners.

The eagle motif and helmet were drawn from fascism, the permanently drawn truncheon from police on the picket line, the zips, chains and knee pads from punk. “I was living in Franco’s Spain,” he told an interviewer last year, “but also I was living in Mrs Thatcher’s England.”

Over at Print, Michael Dooley looks back at the time Blazing Combat was banned from U.S. Army bases.

Each of the seven or so Blazing Combat depicted a variety of clashes from the battle of Thermopalye through the American Revolution to the Korean conflict, with one always set in present-day Vietnam. “Conflict,” with art by Colan, is a compelling examination of discrimination against Asians and blacks. The others were drawn by Joe Orlando, who’d worked on EC’s science fiction and horror titles and eventually rose to become Vice President of DC Comics. His “Viet Cong,” the lead story in the very first issue, depicted barbarous atrocities being committed by the South Vietnamese army, who were our allies. Sales of that issue were decent, but some began to resent what they perceived as the comic’s dangerously incendiary anti-American attitudes.

Tony’s early connection to comics goes back to the glory days of Marvel. Like many boys growing up at that time, he was enthralled by the creative genius of Jack “The King of Comics” Kirby. And though he was too young to have read 1950s EC horror comics in their prime—he devoured the visceral, over-the-top gore and violence when he was a little older. He also discovered the work of R. Crumb and the underground comics scene of the 1960s. The raw, druggy, satirical, socially and politically rebellious material, I’m sure in part, helped inform his outlier sensibility. It certainly motivated his desire to become a comics artist, which he pursued for a while, but was told by several people that his art wasn’t good enough. 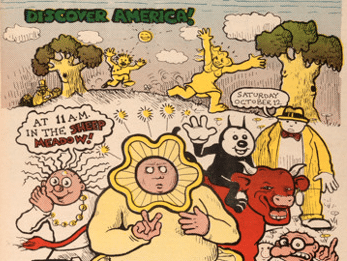 The 50th Anniversary of Underground Comix 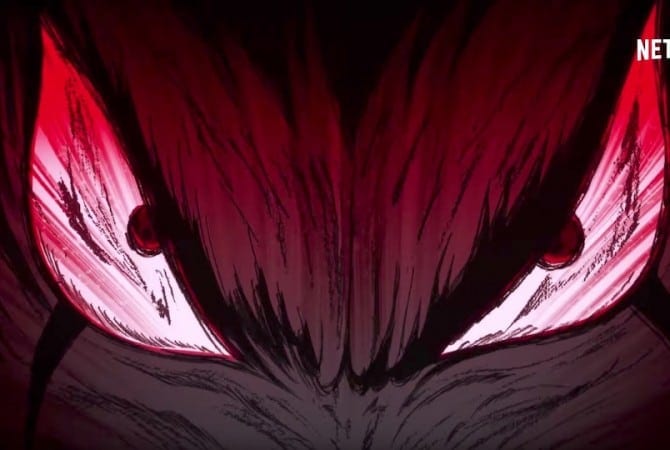 He Has Nothing You’ll Want