Over the weekend, we published our obituary of Russ Heath, who passed away last week. It's an extensive, insightful piece on the artist, his career, and the choices that he made by Michael Dean.

If, for much of his career, Heath found himself recreating the Second World War over and over, it wasn’t so much because military conflict was his cup of tea, but because his style grew more out of the tradition of illustrating than that of cartooning. The war-comics genre was rooted in realistic details that were unnecessary in the world of Superman. Heath was able to capture those details so well that his comics actually undermined the glamour of war. In an essay written for the 1973 New York Comic Art Convention booklet, editor-writer Archie Goodwin wrote, “You believe Rock and Easy Company’s nightmare moments of battle. And believing those, you also believe the quiet and reflective ones when the madness of war is questioned or commented on. Russ Heath’s artwork has made it too damn real not to.”

That isn't all. Today, we'll share with you more on Heath, via an interview between him and Gary Groth that has never seen publication. Stemming from a conversation in 2008, the two get into Heath's work for Playboy, Warren, Blazing Combat and more, as well as a laundry list of artists that, along with Russ, shaped the American identity of comics. That's great and all, but I, like you, just want to know if Gary is going to follow up on the story told below about Al Jaffee.

What was your relationship with Al Jaffee?

I never met Jaffee up until that time, I don’t believe. And we became good friends, joking around, living in the same room in that apartment, or close to it. And I remember going out to his house one time on a weekend for a barbecue in the neighborhood and met all his neighbors. They all used to just wander around — one of them’s got ice cubes, one of them’s got meat, and they have a barbecue. And he took us out on his little motorboat.

I guess that marriage broke apart. He was hysterical. His lawn was about four or five inches long and his wife had been after him, so he goes down in the basement, disappears for a couple hours. Suddenly we hear this engine start up and the doors prop open to the basement, outdoor doors. And he comes out of there with the thing going full blast. He had taken a washing-machine motor out of his wife’s washing machine and grafted it into the thing and that’s how it was running.

Grafted it into a lawnmower?

Yeah. Took his regular lawnmower and made a power mower out of it. [Laughter.] I don’t know what the hell she did her wash with after that …

So it wasn’t a power mower to begin with?

No. Anyway, he was complaining that the mower didn’t work and so he went down and took the motor out of his wife’s washing machine, grafted the thing in there and came up with a thing running like crazy.

And created a power mower. I didn’t know he was that handy.

Well, ask him about it.

And the day isn't done there. Today begins a new five day stint of Cartoonist's Diary, this time with Karl Stevens. (We previously reviewed Karl's book The Winner back in May.) Today, he's dealing with his feelings about aging, by displacing them onto observations about a longtime friend. Relatable!

Finally, I'm no connoisseur of WTF moments in superhero comics, but I still feel disappointed in myself for not being aware of this particular moment in Green Lantern comics, because it sure would've been a fun one to have brought up way more often than necessary. 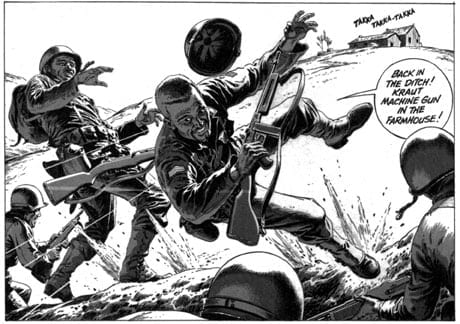 An Unpublished Conversation with Russ Heath 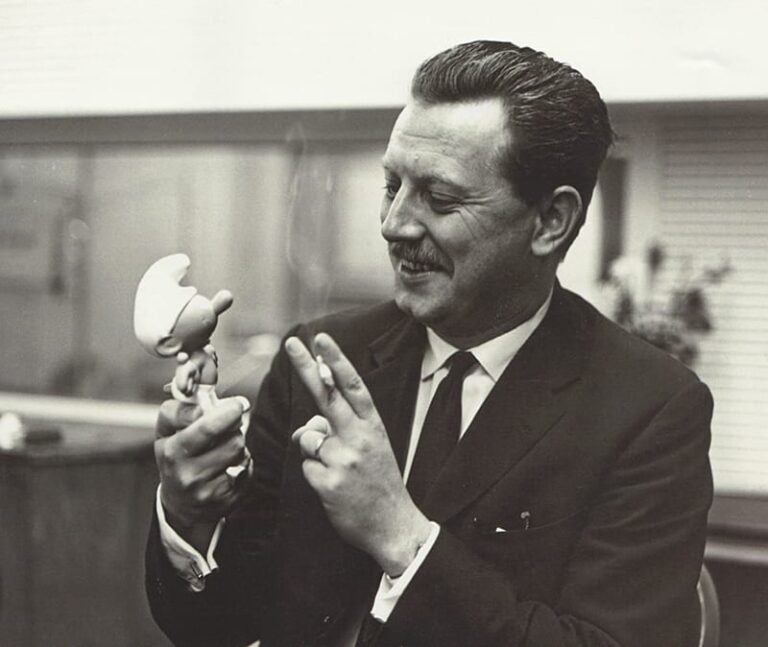 Behind the Blue: The Story of Peyo