Today, Greg Hunter is here with the fourth episode of Comic Book Decalogue, a double-header in which he puts questions to cartoonist Ed Luce of Wuvable Oaf Fame, and then to Raighne Hogan and Justin Skarhus from the publisher 2D Cloud, who are just finishing up a Kickstarter for their fall season this week.

Also, Noah Van Sciver joins us to create this week's Cartoonist's Diary, sharing his experiences in White River Junction, Vermont, as a fellow at the Center for Cartoon Studies.

—Reviews & Commentary. Luc Sante reviewed Richard McGuire's Here for the New York Times. It's a little late, but Sante's worth it.

John Porcellino writes about how the culture of SPX has changed.

What's clear is that it's no longer strictly what you would call an "Art Comics Show". (Was it ever? My memory fails me, but it did feel more like that in the past.)

Adrian Tomine explains his cover for this week's New Yorker.

Tavi Gevenson of Rookie talks to Adrian Tomine. So does Salon. 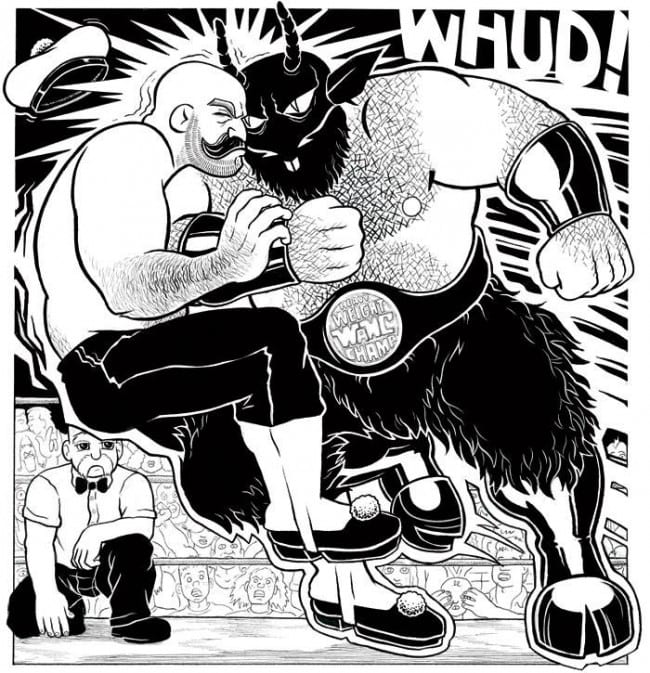 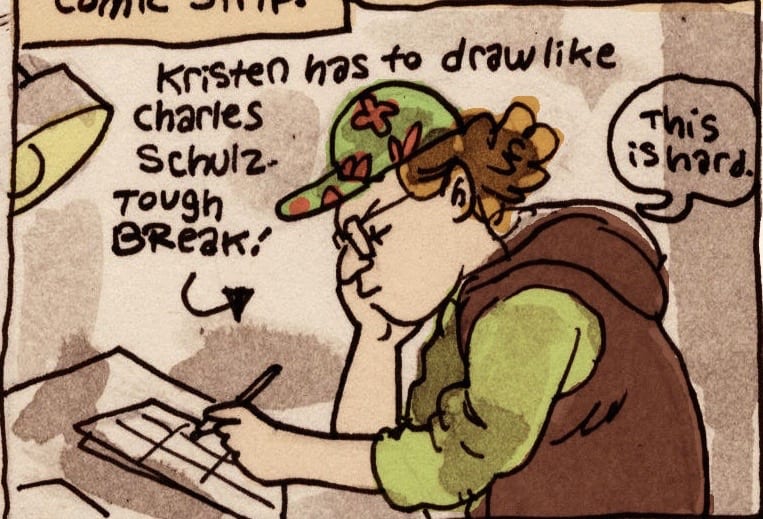